A Few Tennis Pros Make a Fortune. Most Barely Scrape By. 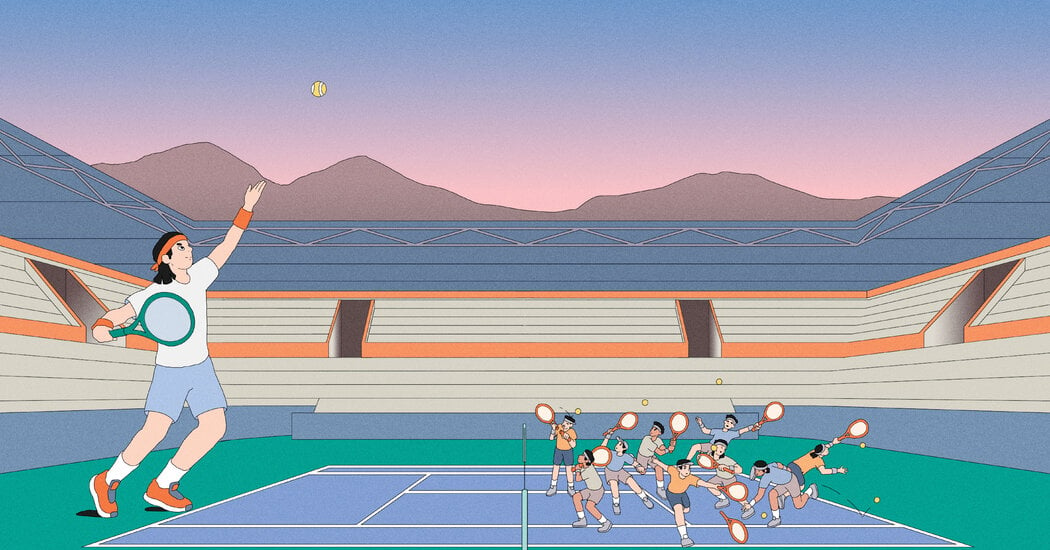 Federer, Nadal, and Djokovic have further distinguished themselves with their deep involvement in tennis politics. The stars of the 1960s and early ’70s, like Arthur Ashe, were very active politically, but they were trying to revolutionize the game. As the money in tennis exploded, top players tended to focus on their careers. The Big Three are throwbacks to that earlier era. Federer was president of the A.T.P. player council from 2008 to 2014, and Nadal was on the board for four of those years. Djokovic was elected president in 2016. Now that they are approaching the ends of their careers, they seem determined to wield as much influence over how the game is administered as they have over how it is played, making for another battleground in their rivalry.

The first sign of discord came two years ago when Djokovic was part of the faction that ousted Kermode from his A.T.P. chairmanship. Federer and Nadal opposed the move and rejoined the player council, which was still led by Djokovic. By all accounts, the atmosphere at meetings was cordial, but the three men were guided by very different impulses. Federer and Nadal were institutionalists by nature, supportive of the A.T.P. and generally satisfied with how tennis operated. On the other hand, Djokovic believed that drastic reform was needed, starting with independent representation for the players.

Even so, with Federer and Nadal back on the council and the question of prize money once again roiling the tour, it was thought that the Big Three might reprise the role they played in 2012 and 2013 and cut another deal with the majors. When I asked Pospisil what he thought, he told me that he favored anything that would get the players a fairer share. But he went on to say that negotiating prize money was best left to lawyers and that tennis needs to get away from ad hoc, back-room deal-making. He also wondered whether Federer would be willing to take a hard line with the majors.

He noted that the Swiss star and management company were behind the Laver Cup, an annual team competition. Tennis Australia, which runs the Australian Open, and the U.S.T.A. were both investors in the event, which meant that Federer was now in business with two of the four majors. Pospisil insisted that he wasn’t questioning Federer’s integrity — “I have amazing respect for Roger, both as a player and a human being” — but said the players needed an advocate unambiguously on their side. “We cannot have anyone negotiating prize money on behalf of the players who have a conflict of interest,” he said. (Federer did not respond to a request for comment.)