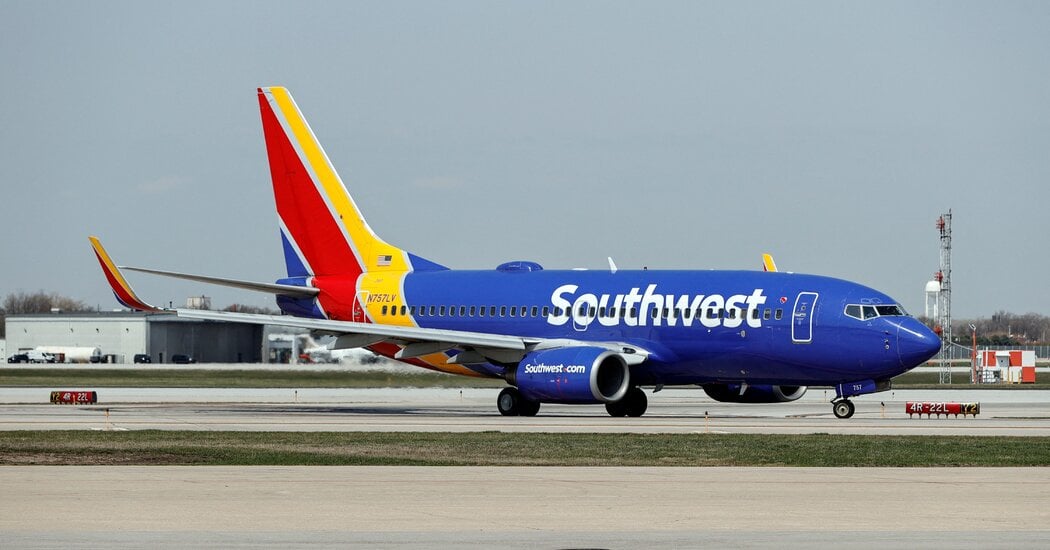 Summer getaways are testing the limits of the country’s air travel system as airlines and airports try to restore operations that were decimated by the pandemic.

Nearly 10,000 flights were delayed in the United States on Sunday as travel surged and airlines contended with bad weather and other disruptions.

The slowdowns occurred as travel reached new pandemic heights: The Transportation Security Administration screened 2.1 million people at its airport security checkpoints on Sunday, the most since early March 2020.

Several airlines, including Southwest, blamed bad weather for the delays. Thunderstorms affected operations at Delta’s hub airports in Atlanta, Minneapolis-St. Paul and Detroit and complicated efforts to get flight crews in place, a spokesman said. At American, the problems had been building since earlier in the month.

“The first few weeks of June have brought unprecedented weather to our largest hubs, heavily impacting our operation and causing delays, canceled flights, and disruptions to crewmember schedules and our customers’ plans,” American said in a statement.

According to FlightAware, each of the nation’s major airlines faced significant delays on Sunday, but only Americans also had substantial cancellations, which affected about 6 percent of flights. Citing the bad weather, vendor labor shortages, and the rapid rise in travel, American said it would cut back its schedule over the next few weeks to minimize last-minute disruptions.

“Our focus this summer — and always — is on delivering for our customers no matter the circumstance,” the airline said in a statement. “We never want to disappoint, and feel these schedule adjustments will help ensure we can take good care of our customers and team members and minimize surprises at the airport.”

All told, American cut about a thousand flights in July, more than 0.5 percent of its schedule that month, according to Cerium, a flight data provider. Most of the cuts are concentrated in the first half of the month, the airline said.