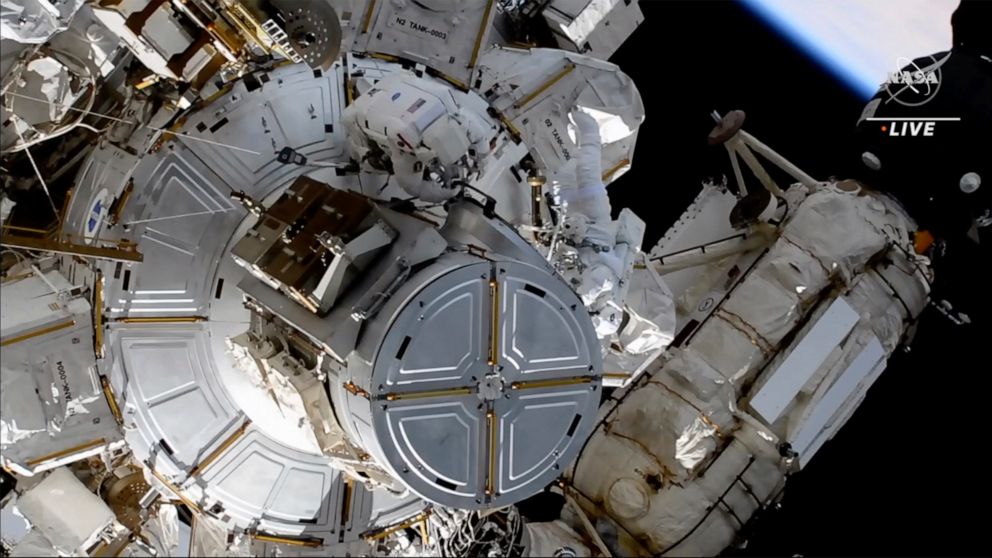 CAPE CANAVERAL, Fla. — Astronauts finished unfurling a new pair of solar panels outside the International Space Station on Friday, making their third spacewalk in just over a week. NASA’s Shane Kimbrough and France’s Thomas Pesquet successfully installed the second in a series of mighty solar wings that should keep the space station running the rest of this decade, as space tourism ramps up with visitors beginning in the fall.

We have a lot of happy faces down here,” Mission Control radioed as power surged through the panel.

It should have been a two-spacewalk job, but spacesuit and other problems hampered the astronauts’ work on June 16. As a result, the first solar wing wasn’t extended to its full length of 63 feet (19 meters) until Sunday. NASA added the third spacewalk for Friday to attach and unfold the second wing — this time, everything went smoothly 255 miles (410 kilometers) up. Once Pesquet released the final bolt, the newest solar branch unrolled like a giant wallpaper stretched high above the Bering Sea. It took 10 minutes for the slow but steady extension.

Well done out there, buddy,” Kimbrough called out.

Most of the action during the 6 1/2-hour spacewalks took place on the nighttime side of Earth, a safety precaution. NASA did not want any solar panels soaking up sunlight and generating power, while the astronauts had their hands on the power grid. The two solar panels delivered by SpaceX earlier this month aren’t nearly as big as the station’s original wings.

But they produce more electricity because of new technology. NASA plans to send up four more panels over the coming year; Boeing is supplying them. This first pair will supplement the space station’s oldest solar wings, degraded after 20 years of continuous operation. Kimbrough and Pesquet are two months into a six-month mission. Two other Americans are aboard the space station, along with one Japanese and two Russians.

Virgin Galactic gets FAA’s OK to launch customers to space