Popular
Sonya Blaze: How She Got Her First $10,000...
Investment Property for Dummies
How Mental Health Is Important for Happiness
Best Blogging Gadgets for the Self-Hosted Blogger
How to Find a Good Mobile Home
Finance Services for Small Businesses – What Is...
What Are the Best Schools for Secondary Education?
How to Test Internet Speed on Different Devices
University of Madras Distance Education (UMDE) Reviews
Rare Beauty Blush Swatch – Which Ones Do...
Home Internet Biogen CEO: ‘Major bottleneck’ still limits Alzheimer’s drug
Internet 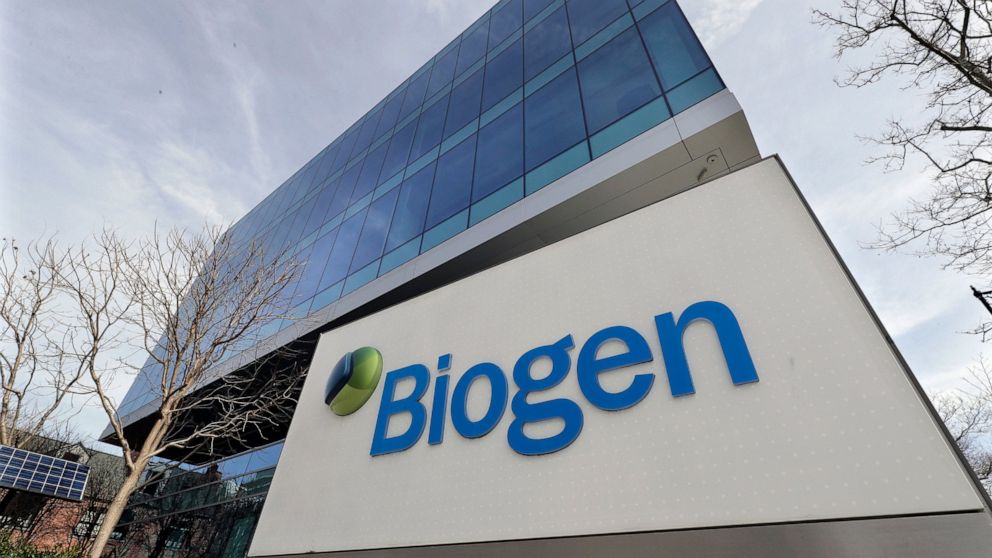 Biogen’s new Alzheimer’s drug brought in only $300,000 in sales during its first full quarter on the market, extending a slow debut complicated by coverage questions and doctor concerns.

The infused drug, hailed as a potential breakthrough treatment for a fatal disease, has encountered a health care system that “remains a major bottleneck” in keeping the cure from patients, CEO Michel Vounatsos said Wednesday.

IN JUNE, the U.S. Food and Drug Administration approved the drug, named Aduhelm, and later said it was appropriate for patients with mild symptoms or early-stage Alzheimer’s.

Aduhelm clears brain plaque thought to play a role in Alzheimer’s disease, and regulators made their call based on study results showing the drug seemed likely to benefit patients. But they’ve asked for more research.

Questions about the scientific studies behind Aduhelm and how patients will pay for a drug that can cost more than $50,000 annually have made some care providers cautious.

Several major medical centers have yet to decide whether they will use Aduhelm, which represents the first new Alzheimer’s treatment in more than 20 years.

Vounatsos said Wednesday during a call to discuss the company’s third-quarter that Biogen is “working to improve the community’s understanding of our clinical data.”

Contents Summary show
“We continue to believe in Aduhelm’s long-term potential,” he said.
Other countries and the European Union also are reviewing the drug.
Analysts expect earnings of $18.49 per share on $10.74 billion in revenue, according to FactSet.

“We continue to believe in Aduhelm’s long-term potential,” he said.

An analyst asked if Biogen leaders have thought about changing the drug’s price. The CEO said that while “fine-tuning” the price is always an option, that has not been a primary concern in market research.

A big factor in patient affordability will be whether or how Medicare decides to cover Aduhelm, a decision expected by next April. The federal program for people over age 65 is expected to cover most of the patients eligible for the drug.

Biogen leaders said Wednesday that they expect Aduhelm sales to accelerate after that decision. But even then, they expect the use of the drug to grow gradually.

In the meantime, they report progress as treatment centers figure out how to diagnose, treat and then monitor patients on Aduhelm, an undertaking more complex than what is required for other Alzheimer’s treatments.

A total of 120 sites have infused at least one patient, which is more than double what the company counted about six weeks ago. But it’s also far fewer than the 900 sites the company has said it expected to be ready shortly after U.S. regulators approved the drug.

Other countries and the European Union also are reviewing the drug.

Aduhelm has generated about $2 million in sales so far this year. Company officials attributed the $300,000 recorded for the third quarter in part to drug wholesalers drawing down inventory they had purchased the previous quarter.

Analysts who follow Biogen expected as much as $16 million or $17 million in Aduhelm sales for the quarter, Mizuho Securities USA analyst Salim Syed said, adding that investors anticipated a much lower figure.

Biogen expects Aduhelm to have a minimal impact on its performance in 2021. The drugmaker raised its annual revenue and profit forecasts for the year on Wednesday after reporting a better-than-expected third quarter.

Biogen, which also makes the multiple sclerosis treatment Tecfidera, now expects adjusted earnings of $18.85 to $19.35 per share on $10.8 billion to $10.9 billion in revenue.

Analysts expect earnings of $18.49 per share on $10.74 billion in revenue, according to FactSet.

Shares of Cambridge, Massachusetts-based Biogen Inc. slipped 65 cents to $267.48 Wednesday afternoon, while broader indexes rose slightly. The stock price had soared about 45% and climbed past $400 after Aduhelm received FDA approval in June. But the shares have since shed most of that gain.