Popular
Sonya Blaze: How She Got Her First $10,000...
Investment Property for Dummies
How Mental Health Is Important for Happiness
Best Blogging Gadgets for the Self-Hosted Blogger
How to Find a Good Mobile Home
Finance Services for Small Businesses – What Is...
What Are the Best Schools for Secondary Education?
How to Test Internet Speed on Different Devices
University of Madras Distance Education (UMDE) Reviews
Rare Beauty Blush Swatch – Which Ones Do...
Home — Sports Blue Jays (and Their Fan Cutouts) Play Their Last Game in Florida
— Sports 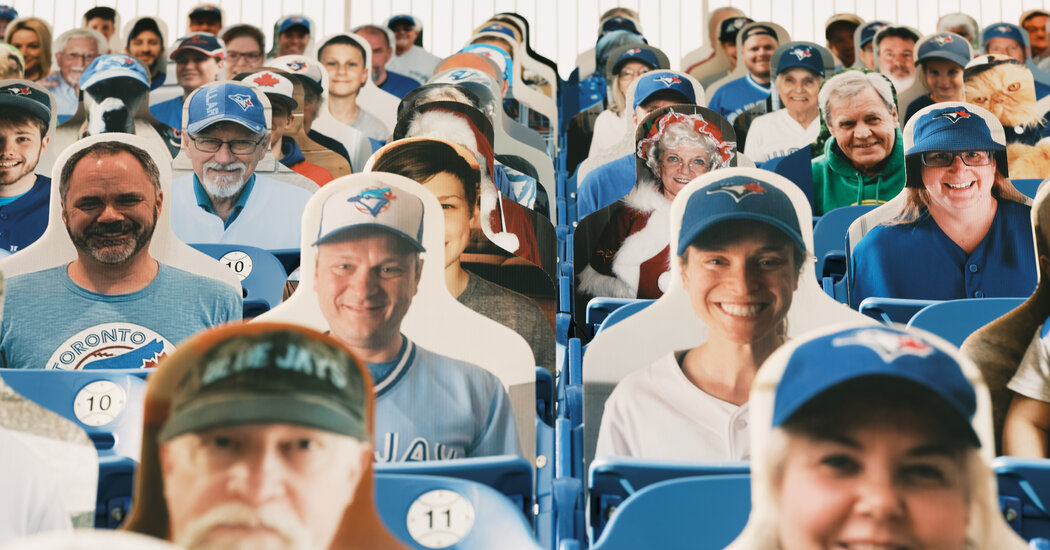 Lauren Ash grew up in a baseball household in Belleville, Ontario, a two-hour drive from Toronto. When the Blue Jays won their first World Series in 1992, a 9-year-old Ash became a lifelong fan. She moved to the city at 18, and sitting in the 500-level at SkyDome with friends became a ritual. Getting the chance to throw out the ceremonial first pitch at a game in 2014 was a career highlight. For my family, it was like I had won an Oscar,” Ash said, laughing. “When I called my mom to tell her, she said: ‘This is it. This is what you’ve worked for.’

Ash was filming the first season of her N.B.C. comedy “Superstore” in 2015 when the Blue Jays returned to the postseason for the first time in 22 years. She hid her phone on the set and listened to the M.L.B. app for updates during Game 5 of an American League division series against the Texas Rangers, eventually rushing to her co-star Ben Feldman’s trailer in time to watch Jose Bautista’s infamous bat-flip home run happen live. SkyDome, which was renamed Rogers Centre in 2015, has not hosted a regular-season game since 2019. Since then, the Jays have been baseball’s vagabonds, playing in their Class A.A.A. affiliate’s Stadium last season before starting this year at their tiny spring training facility in Florida.

But cozy stadiums, capacity restrictions, and the closed U.S.-Canada border couldn’t stop Blue Jays fans like Ash — in two-dimensional form, at least — from being there to support the team. Like many clubs, Toronto introduced a fan cutout program. For 60 Canadian dollars, or about $45, fans could submit a photo of themselves to be included as a photo in the stands. A portion of each purchase goes to a Blue Jays charitable foundation. Some of those corrugated plastic cutouts

cheered on the team during the 2020 season at Buffalo’s Sahlen Field, and others spent the first two months of this season in the stands at T.D. Ballpark in Dunedin, Fla. The team’s stay at its 8,500-seat stadium in Dunedin ended on Monday, however, with a 14-8 loss to the Tampa Bay Rays in 11 innings. The cutouts, some of which represent famous Canadians but mostly everyday fans, will make their way north as the team resumes its 2021 schedule in Buffalo. There is still no word on whether the team will be allowed to return to Canada this season.

What it means for domestic travel