Popular
Sonya Blaze: How She Got Her First $10,000...
Investment Property for Dummies
How Mental Health Is Important for Happiness
Best Blogging Gadgets for the Self-Hosted Blogger
How to Find a Good Mobile Home
Finance Services for Small Businesses – What Is...
What Are the Best Schools for Secondary Education?
How to Test Internet Speed on Different Devices
University of Madras Distance Education (UMDE) Reviews
Rare Beauty Blush Swatch – Which Ones Do...
Home Internet Chinese astronauts make first space walk outside new station
Internet 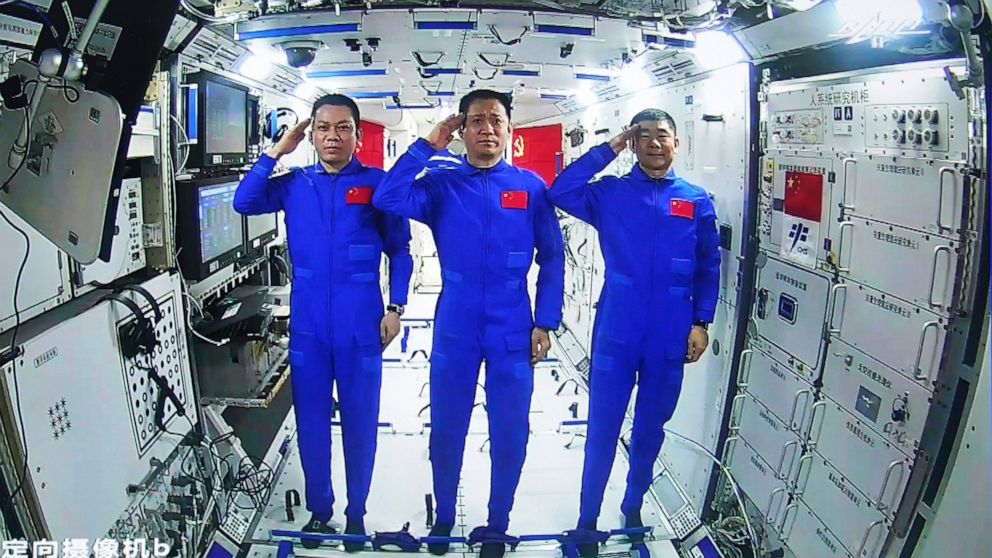 BEIJING — Two astronauts made the first spacewalk on Sunday outside China’s new orbital station to work on setting up a 15-meter (50-foot) long robotic arm. Liu Boming and Tang Hongbo were shown by state TV climbing out of the airlock as Earth rolled past below them. The third crew member, commander Nie Haisheng, stayed inside.

The astronauts arrived June 17 for a three-month mission aboard China’s third orbital station, part of an ambitious space program that landed a robot rover on Mars in May. Their mission comes as the ruling Communist Party celebrates the 100th anniversary of its founding. The station’s first module, Tianhe, or Heavenly Harmony, was launched on April 29. That was followed by an automated spacecraft with food and fuel. Liu, Nie, and Tang arrived on June 17 aboard a Shenzhou capsule.

On Sunday, Liu and Tang were completing the installation of a robotic arm that would be used to assemble the rest of the station, according to state media. State TV said their spacesuits are designed to allow them to work in the vacuum of space for up to six hours if needed. The space agency plans a total of 11 launches through the end of next year to add two more modules to the 70-ton station. Liu is a veteran of the Shenzhou 7 mission in 2008, during which Zhai Zhigang made China’s first spacewalk. Nie is on his third trip into space while Liu is making his first. All are military pilots.