Popular
Sonya Blaze: How She Got Her First $10,000...
Investment Property for Dummies
How Mental Health Is Important for Happiness
Best Blogging Gadgets for the Self-Hosted Blogger
How to Find a Good Mobile Home
Finance Services for Small Businesses – What Is...
What Are the Best Schools for Secondary Education?
How to Test Internet Speed on Different Devices
University of Madras Distance Education (UMDE) Reviews
Rare Beauty Blush Swatch – Which Ones Do...
Home Internet COVID-19 and pregnancy: Women regret not getting the vaccine
Internet 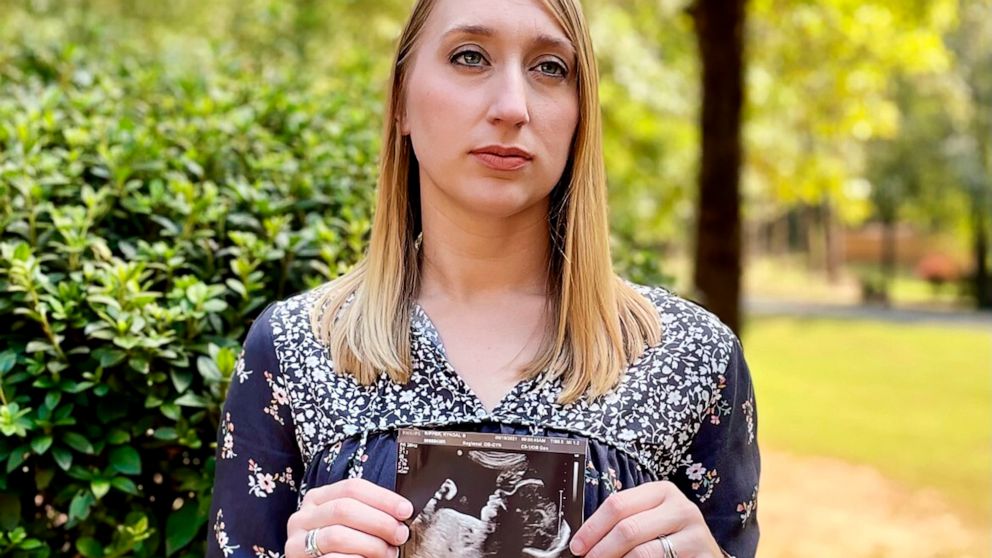 PHENIX CITY, Ala. — Sometimes, when she’s feeding her infant daughter, Amanda Harrison is overcome with emotion and has to wipe away tears of gratitude. She is lucky to be here, holding her baby.

Harrison was 29 weeks pregnant and unvaccinated when she got sick with COVID-19 in August. Her symptoms were mild at first, but she suddenly felt like she couldn’t breathe. Living in Phenix City, Alabama, she was intubated and flown to a hospital in Birmingham, where doctors delivered baby Lake two months early and put Harrison on life support.

Kyndal Nipper, who hails from outside Columbus, Georgia, had only a brief bout with COVID-19 but a more tragic outcome. She was weeks away from giving birth in July when she lost her baby, a boy, she and her husband planned to name Jack.

Now Harrison and Nipper are sharing their stories in an attempt to persuade pregnant women to get COVID-19 vaccinations to protect themselves and their babies. Their warnings come amid a sharp increase in severely ill pregnant women, which led to 22 pregnant women dying from COVID in August, a one-month record.

“We made a commitment that we would do anything in our power to educate and advocate for our boy because no other family should have to go through this,” Kipper said of herself and her husband. Harrison said she will “nicely argue to the bitter end” that pregnant women get vaccinated “because it could literally save your life.”

Since the pandemic began, health officials have reported more than 125,000 cases and at least 161 deaths of pregnant women from COVID-19 in the U.S., according to the U.S. Centers for Disease Control and Prevention. And over the past several months, hospitals and doctors in virus hot spots have reported a sharp increase in the number of severely ill pregnant women. With just 31% of pregnant women nationwide vaccinated, the CDC issued an urgent advisory on Sept. 29 recommending that they get the shots. The agency cautioned that COVID-19 in pregnancy can cause preterm birth and other adverse outcomes and that stillbirths have been reported.

Dr. Akila Subramaniam, an assistant professor in the maternal-fetal medicine division of the University of Alabama at Birmingham, said the hospital saw a marked rise in the number of critically ill pregnant women during July and August. She said a study there found the delta variant of COVID-19 is associated with increased rates of severe disease in pregnant women and increased preterm birth rates.

“Is it because the delta variant is just more infectious, or is it because delta is more severe? I don’t think we know the answer to that,” Subramaniam said. When COVID-19 vaccines became available to pregnant women in their states this spring, both Harrison, 36, and Nipper, 29, decided to wait. The shots didn’t have final approval from the Food and Drug Administration, and pregnant women weren’t included in studies that led to emergency authorization, so initial guidance stopped short of fully recommending vaccination for them. Pfizer shots received formal approval in August.