Popular
Sonya Blaze: How She Got Her First $10,000...
Investment Property for Dummies
How Mental Health Is Important for Happiness
Best Blogging Gadgets for the Self-Hosted Blogger
How to Find a Good Mobile Home
Finance Services for Small Businesses – What Is...
What Are the Best Schools for Secondary Education?
How to Test Internet Speed on Different Devices
University of Madras Distance Education (UMDE) Reviews
Rare Beauty Blush Swatch – Which Ones Do...
Home — Gadgets Dell’s latest Latitude detachable has a stylish look with thinner bezels
— Gadgets 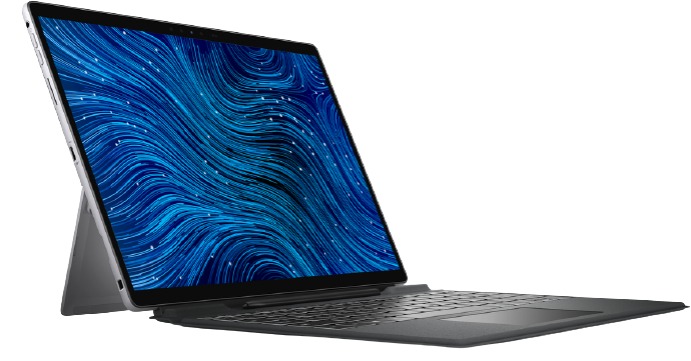 Dell has unveiled its latest Latitude detachable, which has a more stylish look and upgraded hardware. Thinner bezels surround a more prominent, 13.3-inch Full HD display on the 7320 Detachable, with an 84 percent screen-to-body ratio. Dell claims the machine has a smaller, thinner footprint than previous models, while the display has 500 nits of brightness.

Along with a fingerprint reader, the ExpressSign-in feature can detect your presence using an IR camera and Windows Hello for touchless auto-wake and lock functions. The two-in-one features an outward-facing 8MP 1080p camera and a front-facing 5MP one with an Intel image processor. There are a pair of noise-canceling microphones, which Dell placed at the top to reduce typing noise. Dell suggests that the Intelligent Audio tech can filter out background noise, keep volume stable, and prioritize “preferred voices.”

You can pick up an optional active pen that rests in the nook between the new folio keyboard and the screen. Dell says that when you place the pen there, it can fully recharge in 30 seconds. According to Dell, an ExpressCharge function can top up the 7320 Detachable’s battery from zero to as much as 80 percent capacity in one hour. On the connectivity front, there’s support for WiFi 6, 4G LTE, and eSIM.

As for the guts, the 7320 Detachable has an 11th-gen Intel processor (up to Core i7) with integrated Iris Xe graphics. You can have up to 32GB of LPDDR4 SDRAM. However, memory is soldered onto the board and is non-upgradable.

On paper, the machine checks a lot of the right boxes for business users, so Dell could have a severe competitor to high-end Microsoft Surface devices on its hands. The Latitude 7320 Detachable starts at $1,549, and it’s available today.