Popular
Sonya Blaze: How She Got Her First $10,000...
Investment Property for Dummies
How Mental Health Is Important for Happiness
Best Blogging Gadgets for the Self-Hosted Blogger
How to Find a Good Mobile Home
Finance Services for Small Businesses – What Is...
What Are the Best Schools for Secondary Education?
How to Test Internet Speed on Different Devices
University of Madras Distance Education (UMDE) Reviews
Rare Beauty Blush Swatch – Which Ones Do...
Home Internet DNA match IDs Alaska serial killer’s victim after 37 years
Internet 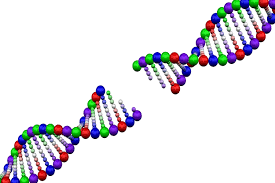 ANCHORAGE, Alaska — A woman known for 37 years only as Horseshoe Harriet, one of dozen or so victims of a notorious Alaska serial killer, has been identified through genetic genealogy and a DNA match, authorities said Friday.

The victim was identified Friday as Robin Pelkey, who was 19 and living on the streets of Anchorage when she was killed by Robert Hansen in the early 1980s, the Alaska Bureau of Investigation’s Cold Case Investigation Unit said Friday.

“I would like to thank all of the troopers, investigators, and analysts that have diligently worked on this case over the last 37 years. Without their hard work and tenacity, the identity of Ms. Pelkey may have never been known,” Alaska Department of Public Safety Commissioner James Cockrell said in a statement.

Hansen, who owned a bakery, gained the nickname “Butcher Baker” for abducting and hunting down women — many of them sex workers — in the wilderness just north of Anchorage through the early 1980s, when the state’s largest city was booming because of construction of the trans-Alaska pipeline. The 2013 movie “Frozen Ground,” starring Nicolas Cage and John Cusack, chronicled the troopers’ investigation and capture of Hansen. Hansen was convicted in the deaths of four women but confessed to killing several more, troopers said. At one point, he flew with investigators over an area north of Anchorage, where he pointed out where 17 of his victims were buried.

In 1984, Alaska State Troopers returned to those areas, where the remains of eight women were discovered. In total, 12 bodies have been found, and 11 of those have been identified, trooper spokesperson Austin McDaniel said.

The only person not yet identified is known only as Eklutna Annie, who is believed to have been Hansen’s first victim, McDaniel said. Her body was found near Eklutna Lake, just north of Anchorage.

Genetic genealogy efforts are underway in hopes of also identifying her, Randy McPherron, an Alaska State Troopers cold case investigator, told The Associated Press. “We really got our fingers crossed that we may know, find out who Eklutna Annie is,” he said, adding the timeframe could take up to a year.

Among the skeletal remains found in 1984, Pelsky was discovered lying on the ground near Horseshoe Lake, near the Little Susitna River just a few miles northwest of Anchorage, troopers said.

There was no ID on the body that became known as Horseshoe Harriet. Hansen told investigators she was a sex worker he abducted from downtown Anchorage sometime in the winter of 1983. He told investigators he flew her to the lake in his small airplane, murdered her, and discarded the body. He didn’t know her name or much else about her.

An autopsy confirmed the body was that of a white woman between the ages of 17 and 23. No missing person reports matched, and she was buried in the Anchorage municipal cemetery as an unknown.

The body was exhumed, and samples were sent to create a DNA profile added to the FBI’s national missing person database. It didn’t provide identification.

In September 2020, investigators made another attempt to identify the remains using genetic genealogy.

Troopers said that a bone sample was sent to a private lab, and additional DNA was extracted and sent for Whole Genome Sequencing. This data was then sent to another lab, where a DNA profile was generated and uploaded into a public access genealogy database in April. Troopers said several close matches were found and used to create a family tree for the victim. Research indicated that the victim might be Robin Pelkey, who was born in Colorado in 1963, troopers said.

Troopers traced her to living in Anchorage in the early 1980s, but no record indicated she was alive after 1984.

Eventually, close relatives were located in Arkansas and Alaska. Family members told troopers that Pelkey lived in Anchorage in the late 1970s but moved to Arkansas as a teenager before returning to Alaska in 1981 to live with her father and stepmother. Troopers said she wound up living on the streets of Anchorage but had vanished by late 1982 or early 1983.

A DNA match with a close relative in Arkansas confirmed Pelkey’s identity, and the family was notified in September. Through the troopers, family members said they did not want to be contacted by the media.

“Obviously, I’m pleased to have finally figured out who she is and give her family some closure,” McPherron said. “Genetic genealogy has been quite a great leap forward in solving unsolved homicides, but in also identifying people, so this is very satisfying to see it finally come together like this.”

What Every Parent Needs To Know About Kids And Suicidal Thoughts