Popular
Sonya Blaze: How She Got Her First $10,000...
Investment Property for Dummies
How Mental Health Is Important for Happiness
Best Blogging Gadgets for the Self-Hosted Blogger
How to Find a Good Mobile Home
Finance Services for Small Businesses – What Is...
What Are the Best Schools for Secondary Education?
How to Test Internet Speed on Different Devices
University of Madras Distance Education (UMDE) Reviews
Rare Beauty Blush Swatch – Which Ones Do...
Home — Internet News E.U. Seeks Common Charger for All Phones, Hurting Apple
— Internet News 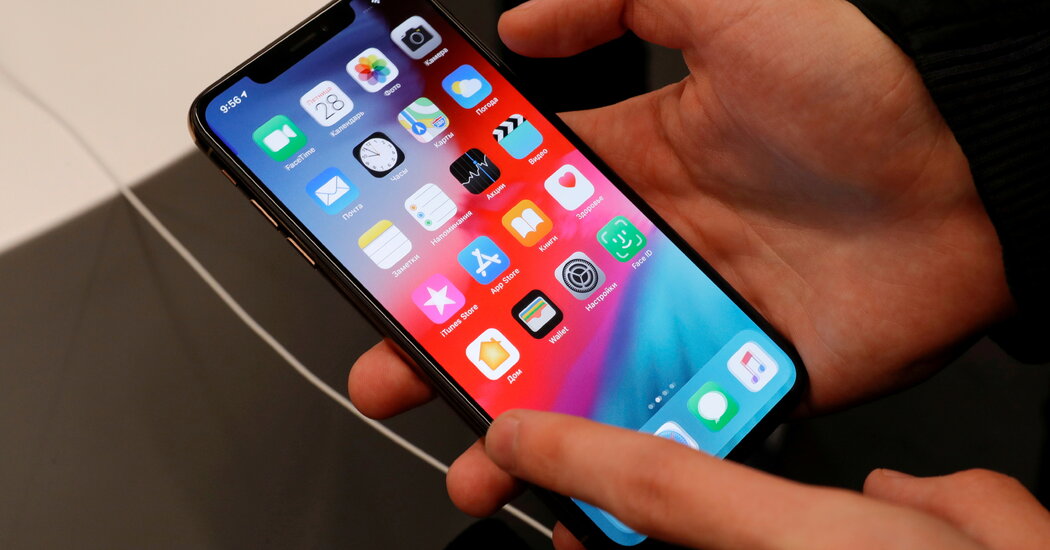 On Thursday, the European Union unveiled plans to make USB-C connectors the standard charging port for all smartphones, tablets, and other electronic devices sold across the bloc, an initiative it says will reduce environmental waste, but that is likely to hit Apple the hardest.

The move would represent a long-awaited yet aggressive step into product-making decisions by the European Commission, the bloc’s executive arm. Apple, whose iPhones are equipped with a different port, has long opposed the plan, arguing that it would stifle innovation and lead to more electronic waste as all current chargers that are not USB-C would become obsolete.

The new legislation is likely to come into effect in 2024 because it first needs to be approved by the European Parliament and then adopted by manufacturers. Besides phones, it would apply to cameras, headphones, portable speakers, and video game consoles.

Wireless chargers would not be affected, but the main change would come for iPhones, which currently have a proprietary Lightning charging port.

“What are we offering? More freedom, fewer costs,” and less electronic waste, Thierry Breton, the European commissioner for trade, said in a news conference on Thursday.

Many European Parliament lawmakers welcomed the announcement. “It’s completely absurd to ask Europeans to pay for a new charger every time while our drawers are full of them,” said Saskia Bricmont, a Green lawmaker.

It also received swift criticism from some tech observers. “This is a profoundly stupid way to approach product design and standardization,” a tech analyst, Benedict Evans, said on Twitter. “What happens in 5 years when someone wants to use a better connector?”

Still, if the legislation is enacted as proposed by the European Commission, it would become illegal to sell an electronic device without a USB-C charging port. A commission official said that Apple would have to switch to USB-C for its products sold across the bloc, noting that it already sells new iPads with such charging ports.

The legislative proposal is the latest setback for Apple in Europe, which has been accused by European Union regulators of maintaining unfair fees on rival music-streaming services like Spotify that depend on the App Store to reach customers. It is also facing an inquiry into its Apple Pay service, the only payment service available on Apple products and which E.U. officials have said could violate the bloc’s competition rules.

Daniel Ives, the managing director of equity research at Wedbush Securities, called the E.U. proposal a “gut punch to Apple” that would force the company to adapt its design and supply chain and cost up to $1 billion.

“It kicks the battle between Apple and the European Union to the next level,” Mr. Ives said. “It’s like forcing Netflix to provide VCR screening alongside streaming.”

European Union officials and lawmakers at the European Parliament have been advocating a standard charger since 2009, when there were more than 30 charging options on the market, now down to three. They have argued that fewer wires would be more convenient for users and better for the environment, as mobile phone chargers are estimated to be responsible for 11,000 tons of electronic waste per year across the bloc, according to estimates by the European Commission, the E.U.’s executive arm that presented the legislation on Thursday.

But Apple has also argued that if the European Union had imposed a standard charger in 2009, it would have restricted innovation that led to USB-C and Lightning connectors. In a statement, Apple said that although it welcomed the European Commission’s commitment to protecting the environment, it favored a solution that left the device-side of the charging interface open for innovation.

Mr. Breton said on Thursday that he was familiar with Apple’s concerns. “Every time we try to put a proposal, such companies start to say, ‘It will be against innovation,’” he said.

It’s not at all against innovation; it’s not against anyone,” he added. “It’s for European consumers.”

Mr. Breton said manufacturers, including Apple, could choose to offer two charging ports on their devices if they wanted to keep a non-USB-C connector. But that is highly unlikely, as one of Apple’s main arguments in favor of its Lightning connector has been its small size on iPhones.

The time it’s taken to move forward with this project says a lot about Apple’s power, which until now has managed to delay the process. At the same time, all the other manufacturers accepted to use USB micro-B, and now USB-C, connectors,” said Ms. Bricmont, the European lawmaker. But critics have also charged that the European Union’s action is coming too late because of the decline in the types of connectors in recent years. Half the charging cables sold with mobile phones in 2018 had a USB micro-B connector, while 29 percent had a USB-C and 21 percent a Lightning connector.

According to a study published by the European Commission in 2019. The share of USB-C charging ports is most likely to have since increased as most Android phones are now sold with it. The European Commission said it would also require manufacturers to sell devices without chargers: If a bundled option remains available, an unbundled option of the same product would have to be offered, it said. Adam Satariano contributed reporting.