Popular
Sonya Blaze: How She Got Her First $10,000...
Investment Property for Dummies
How Mental Health Is Important for Happiness
Best Blogging Gadgets for the Self-Hosted Blogger
How to Find a Good Mobile Home
Finance Services for Small Businesses – What Is...
What Are the Best Schools for Secondary Education?
How to Test Internet Speed on Different Devices
University of Madras Distance Education (UMDE) Reviews
Rare Beauty Blush Swatch – Which Ones Do...
Home Tech Emily Ratajkowski to Auction NFT
Tech 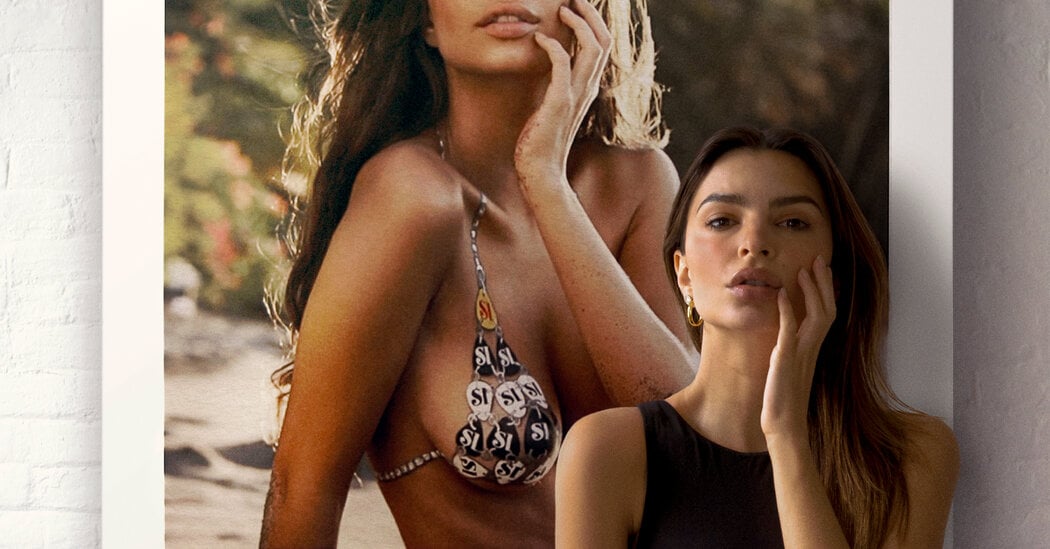 To re-establish “authority” over the usage of her likeness, Emily Ratajkowski, the model and writer, is minting a nonfungible token, or NFT, which will be auctioned at Christie’s on May 14. The piece will be titled “Repurchasing Myself: A Model for Redistribution. As Ms. Ratajkowski chronicled in a widely read essay published in The Cut last fall, she’d been surprised to find out, in 2014, that a nude photograph of herself was hanging in the Gagosian Gallery on Madison Avenue. As part of his “New Portraits” series, the artist Richard Prince had taken one of her Instagram photos and printed it on a large canvas, priced at $90,000.

Ms. Ratajkowski tried to buy the piece, but a Gagosian employee bought it for himself. After contacting Mr. Prince’s studio directly, though, she was able to obtain a second “Instagram painting” of herself, featuring a photo from her first appearance in Sports Illustrated’s swimsuit issue. She had been paid $150 for the shoot, she wrote, and a “couple grand” when the case was published. At the time, she and her boyfriend bought the piece for $81,000; when they broke up, she paid her ex $10,000 for a smaller “study” that Mr. Prince’s studio had given her.

The image attached to the NFT is a digital composite showing Ms. Ratajkowski, photographed in her New York apartment, posing in front of the Richard Prince painting that hangs in her Los Angeles home. (To remind: a nonfungible token is metadata associated with the image file, allowing the file to be bought or sold like a physical piece of art.)

Instead of cash-based currency, NFTs are purchased using cryptocurrency like Bitcoin or Ethereum, and the transactions are permanently recorded on the respective currency’s blockchain, which functions as a ledger. Ms. Ratajkowski is utilizing the platform OpenSea to add her NFT to the Ethereum blockchain, but her NFT will be for sale in U.S. dollars, and the fund transfer will happen “off-chain,” a Christie’s spokeswoman said. There is no reserve, or start, price on the piece.

In March, after the artist Beeple’s $69.3 million NFT sales at Christie’s, talent agents started encouraging their celebrity clients to participate in the NFT “money grab,” Ms. Ratajkowski said in an interview. She said that brands and cryptocurrency brokers contacted her directly, offering her 20 percent to 60 percent of profits for an NFT featuring her likeness. “I had this bad feeling in my stomach about that way of approaching it,” she said, so she decided to develop her own project — following another prominent model, Kate Moss.