Popular
Sonya Blaze: How She Got Her First $10,000...
Investment Property for Dummies
How Mental Health Is Important for Happiness
Best Blogging Gadgets for the Self-Hosted Blogger
How to Find a Good Mobile Home
Finance Services for Small Businesses – What Is...
What Are the Best Schools for Secondary Education?
How to Test Internet Speed on Different Devices
University of Madras Distance Education (UMDE) Reviews
Rare Beauty Blush Swatch – Which Ones Do...
Home — Internet News Facebook’s New Bet on Virtual Reality: Conference Rooms
— Internet News 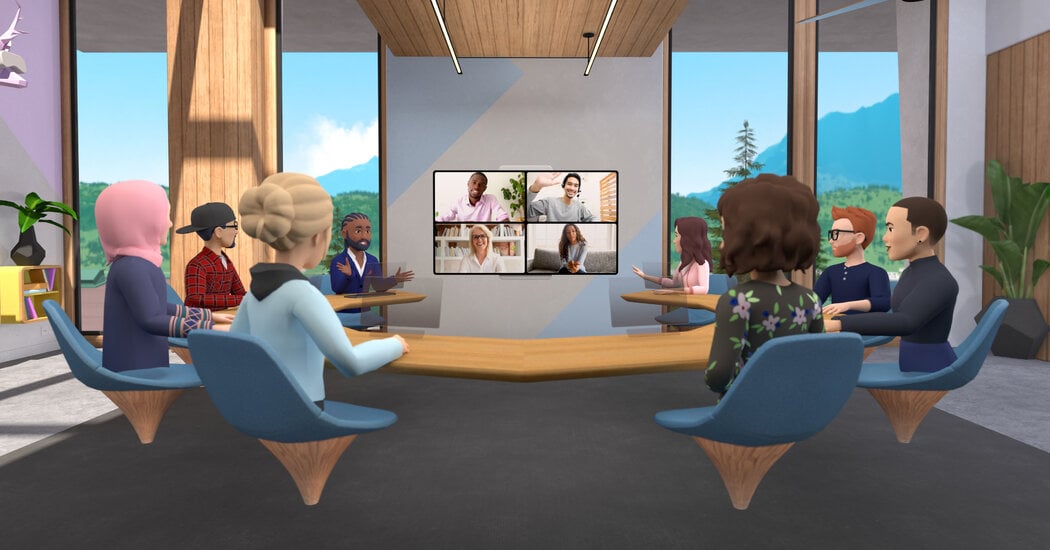 SAN FRANCISCO — For years, the idea that virtual reality would go mainstream has remained precisely that: virtual. Though tech giants like Facebook and Sony have spent billions of dollars trying to perfect the experience, virtual reality has stayed a niche plaything of hobbyists willing to pay thousands of dollars, often for a clunky VR headset tethered to a powerful gaming computer. That changed last year in the pandemic. As people lived more of their lives digitally, they started buying more VR headsets. According to the research firm IDC, VR hardware sales shot up, led by Facebook’s Oculus Quest 2, a headset that was introduced last fall.

To build on the momentum, Facebook on Thursday introduced a virtual-reality service called Horizon Workrooms. The product, which is free for Quest 2 owners to download, offers a virtual meeting room where people using the headsets can gather as if they were at an in-person work meeting. The participants join with a customizable cartoon avatar of themselves. Interactive virtual whiteboards line the walls to write and draw things as in a physical conference room.

The product is another step toward what Facebook sees as the ultimate form of social connection for its 3.5 billion users. “One way or another, I think we’re going to live in a mixed-reality future,” Mark Zuckerberg, Facebook’s chief executive, said at a media round table that was conducted this week in virtual reality using Workrooms.

At the event, the avatars of Mr. Zuckerberg and roughly a dozen Facebook employees, reporters, and technical support staff assembled in what looked like an open and well-lit virtual conference room. Mr. Zuckerberg’s avatar sported a long-sleeve henley shirt in a dark Facebook blue. (My avatar had a checkered red flannel shirt.) Since Workrooms show participants only as floating torsos seated around a wooden desk, no one worried about picking out a pair of pants.