Popular
Sonya Blaze: How She Got Her First $10,000...
Investment Property for Dummies
How Mental Health Is Important for Happiness
Best Blogging Gadgets for the Self-Hosted Blogger
How to Find a Good Mobile Home
Finance Services for Small Businesses – What Is...
What Are the Best Schools for Secondary Education?
How to Test Internet Speed on Different Devices
University of Madras Distance Education (UMDE) Reviews
Rare Beauty Blush Swatch – Which Ones Do...
Home — Education Federal Judge Suspends New York City’s Vaccine Mandate For Teachers
— Education 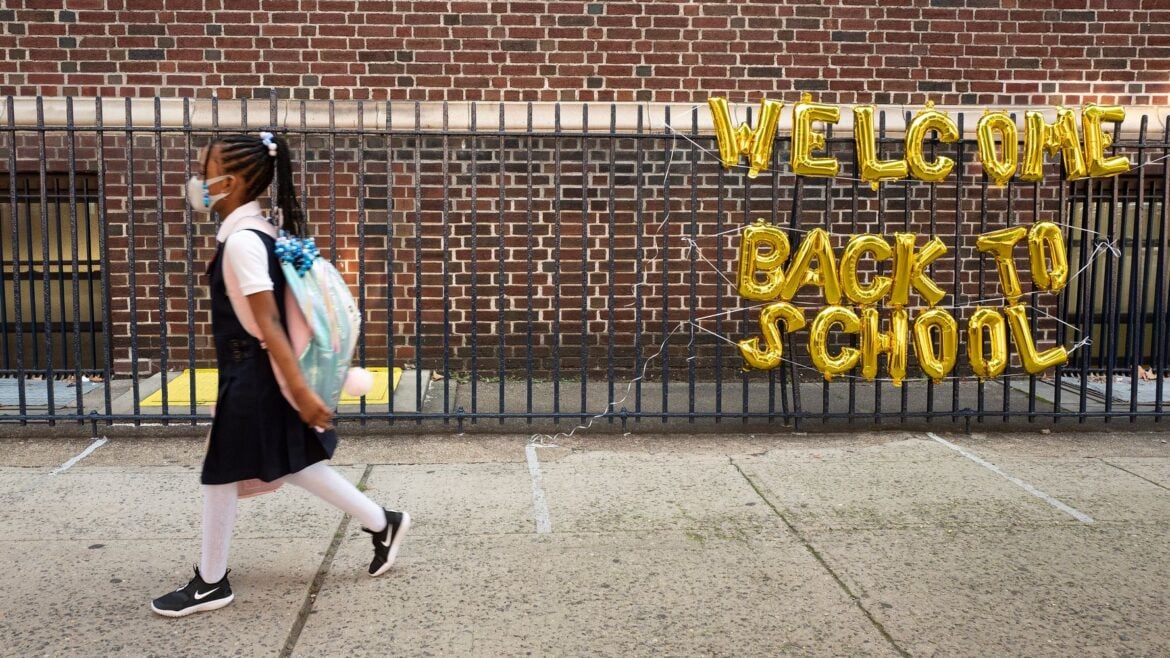 New York City schools have been temporarily blocked from enforcing a vaccine mandate for its teachers and other workers by a federal appeals judge just days before it was to take effect. Workers in the nation’s most extensive school system were required to show vaccination proof starting Monday. But late Friday, a judge for the 2nd U.S. Circuit Court of Appeals granted a temporary injunction sought by a group of teachers and referred the case to a three-judge panel on an expedited basis. Department of Education spokesperson Danielle Filson said that officials seek a speedy resolution and that the circuit

court has the motion on its calendar for Wednesday. We’re confident our vaccine mandate will continue to be upheld once all the facts have been presented because that is the level of protection our students and staff deserve,” Filson said in an email. The New York Post reported that the department sent an email to principals Saturday morning saying they “should continue to prepare for the possibility that the vaccine mandate will go into effect later in the week.” In August, Mayor Bill de Blasio announced that about 148,000 school employees would have to get at least a first dose of the COVID-19 vaccination by Sept. 27. The policy covers teachers, along with other staffers, such as custodians and cafeteria workers.

It’s the first no-test-option vaccination mandate for a broad group of city workers in the nation’s most populous city. And it mirrors a similar statewide mandate for hospital and nursing home workers set to go into effect Monday.

Contents Summary show
As of Friday, 82% of department employees have been vaccinated, including 88% of teachers.
De Blasio has resisted calls to delay the mandate, insisting the city was ready.

As of Friday, 82% of department employees have been vaccinated, including 88% of teachers.

Even though most school workers have been vaccinated, unions representing New York City principals and teachers warned that they could still leave the 1 million-student school system short of as many as 10,000 teachers, along with other staffers.

De Blasio has resisted calls to delay the mandate, insisting the city was ready.

“We’ve been planning all along. We have a lot of substitutes ready,” the Democrat said in a radio interview on Friday. “A lot is going to happen between now and Monday, but beyond that, we are ready, even to the tune of, if we need thousands, we have thousands.

US has enough COVID-19 vaccines for boosters, kids’ shots