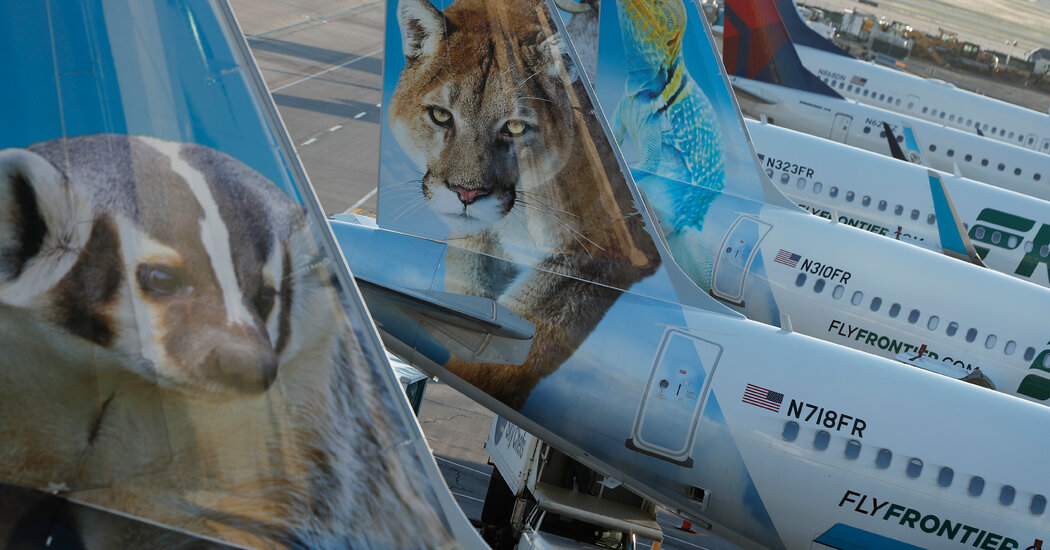 The pandemic is far from over, but some airlines believe the travel business is already on an upswing.

Frontier Airlines, a budget carrier based in Denver and known for putting images of wild animals on its planes, is expected on Thursday to become the second airline this year to list its shares on a stock exchange. Frontier plans to raise $266 million by selling 15 million shares at $19 each on Nasdaq under the symbol ULCC, a nod to its strategy as an “ultra-low-cost carrier.” Another 15 million shares will be sold by Frontier’s existing stockholders.

The industry may be struggling through one of the worst crises in its history. Still, travel is starting to recover and carriers like Frontier and Sun Country Airlines, which finished an initial public offering in mid-March, say they are well-positioned for the rebound. Unlike the largest airlines, budget carriers don’t rely on corporate or international travel, which is not expected to bounce back any time soon. Frontier and Sun Country offers domestic flights to passengers visiting family or friends or going on leisure trips, the kind who have been leading the recovery.

Many investors seem to agree. Sun Country’s stock price jumped more than 40 percent when it hit the market a couple of weeks ago. Shares of established airlines have also rallied in recent months.

Frontier, the last of the nation’s 10 largest airlines to go public, said it planned to use the money it raised to buy equipment, invest in sales and marketing, repay debt and shore up its cash reserves. The offering is expected to close on April 6.

The airline’s business model may be well suited for a recovery, but risks abound. The recovery could be derailed if the Covid-19 vaccines prove ineffective at providing long-term protection or if they fail to shield people from new coronavirus variants. A spike in jet fuel prices, which account for about a quarter of Frontier’s costs, could hinder its ability to keep fares low. And competition will probably be fierce in the years ahead. Discount companies will be up against one another and the four big airlines — American Airlines, Delta Air Lines, United Airlines, and Southwest Airlines, which have vast resources and are eager to make up lost revenue.

Still, the initial public offering marks an impressive turnaround for Frontier, which sought bankruptcy protection in 2008 during the financial crisis. The airline had struggled with high fuel costs and intense competition from United and Southwest at the Denver airport. Frontier emerged from restructuring a year later and was acquired in 2013 by an affiliate of Indigo Partners, a private equity firm that specializes in ultra-low-cost airlines. Indigo has previously invested in and advised Spirit Airlines, Tigerair in Singapore, Volaris in Mexico, and Wizz Air in Europe.

Like those companies, Frontier focuses intently on keeping costs low and passing those savings onto customers, sometimes offering fares so cheap that they can attract customers who weren’t otherwise planning to travel.

Taiwan chip maker TSMC to invest $100B to grow capacity

‘We can do this’: Biden unveils pro-vaccine TV ads, network of grass-roots leaders to push shots