Popular
Sonya Blaze: How She Got Her First $10,000...
Investment Property for Dummies
How Mental Health Is Important for Happiness
Best Blogging Gadgets for the Self-Hosted Blogger
How to Find a Good Mobile Home
Finance Services for Small Businesses – What Is...
What Are the Best Schools for Secondary Education?
How to Test Internet Speed on Different Devices
University of Madras Distance Education (UMDE) Reviews
Rare Beauty Blush Swatch – Which Ones Do...
Home Internet Future of Lake Tahoe clarity in question as wildfires worsen
Internet

Future of Lake Tahoe clarity in question as wildfires worsen 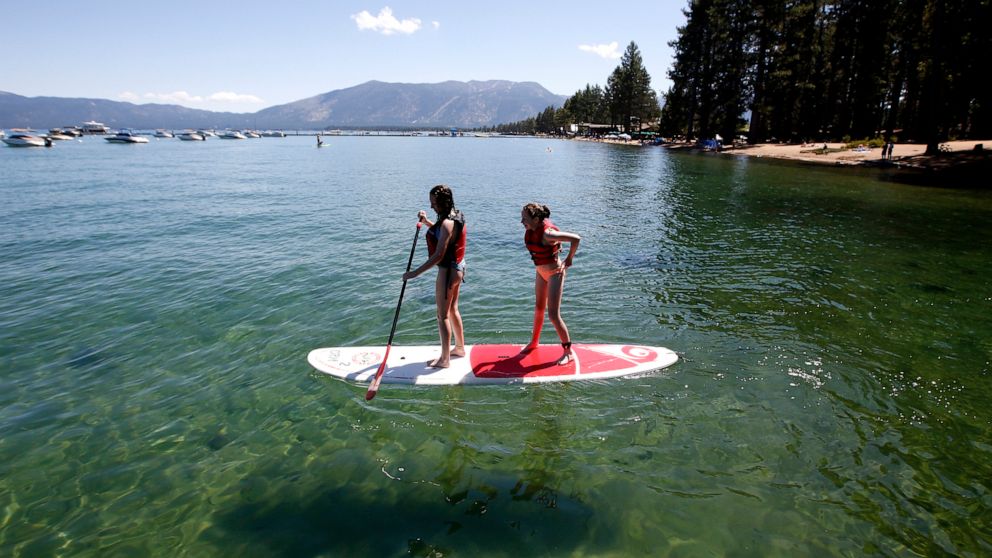 CARSON CITY, Nev. — When a wildfire crested the mountains near North America’s largest alpine lake, embers, and ash that zipped across a smoky sky pierced Lake Tahoe’s clear blue waters. The evacuation order for thousands to flee their homes has been lifted. Still, those who returned have found black stripes of ash building upon the shoreline — a reminder that success fighting the Caldor Fire won’t insulate the resort region on the California-Nevada line from effects that outlast wildfire season. Scientists say it’s too soon to draw conclusions about the lasting damage that record-setting wildfires will have on Lake Tahoe. But they’re not wasting time. Many expect to bring their research plans to the Tahoe Science Advisory Council at a meeting Thursday.

Scientists funded by California, Nevada, and the League to Save Lake Tahoe are researching lake clarity and biodiversity during and after wildfires. They’re using collection buckets — some loaded with glass marbles — to capture and measure the size and quantity of particles and pollutants from wildfires that have sullied the normally crystal-clear waters. They’re studying how particles enter the lake, how they move around it, and the effect on algae production.

The clarity of the iconic alpine lake can vary even without catastrophic wildfires. On average, Lake Tahoe is clear 65 feet (20 meters) below the water’s surface. Through wildfire season, scientists stationed near the lake’s center have only been able to see 50 feet (15 meters) below the surface — a reduction they aren’t sure is due to particles, algae, or simply lack sunlight, said Geoff Schladow, professor of civil and environmental engineering and director of the University of California, Davis’ Tahoe Environmental Research Center.

“My feeling is, in some ways, it may look worse than it is,” Schladow said. “What smoke in the basin actually does, particularly when it lasts for months, is something we don’t really know. We’re finding that out as we speak.”

Smoke from Northern California wildfires has cloaked the Lake Tahoe basin in some past years. But as blazes have grown in size and intensity — partially due to climate change, scientists say — smoke from wildfires inside and outside the basin that has sat atop the lake for two to three months in the past two wildfire seasons has exceeded the expectations of many residents and tourists who flock to the deep blue lake for its clean alpine air and fragrant pine trees.

It’s also concerned scientists, who have spent years studying how algae, erosion, and air pollution from vehicles that 15 million tourists drive each year affect clarity. They say the sheer amount of wildfire smoke that has lingered could harm lake clarity in ways that weren’t previously considered.

“Our bread-and-butter sources of declining lake clarity are pretty well understood,” said Allison Oliver, an ecologist at the Skeena Fisheries Commission in western Canada. She studied how rivers and creeks delivered murky sediment to Lake Tahoe after the 2007 Angora Fire. This new phenomenon where we’re getting these significant shifts in climate regimes and this pattern of big summer fires,” she said of the Sierra Nevada mountains, “that’s not something that was on people’s radar as much 15 or 20 years ago. Now, it’s routine.

The Battle for Digital Privacy Is Reshaping the Internet