Popular
Sonya Blaze: How She Got Her First $10,000...
Investment Property for Dummies
How Mental Health Is Important for Happiness
Best Blogging Gadgets for the Self-Hosted Blogger
How to Find a Good Mobile Home
Finance Services for Small Businesses – What Is...
What Are the Best Schools for Secondary Education?
How to Test Internet Speed on Different Devices
University of Madras Distance Education (UMDE) Reviews
Rare Beauty Blush Swatch – Which Ones Do...
Home — Travel n Tour Germany to Ban Most Travel from UK Over Variant Concerns
— Travel n Tour 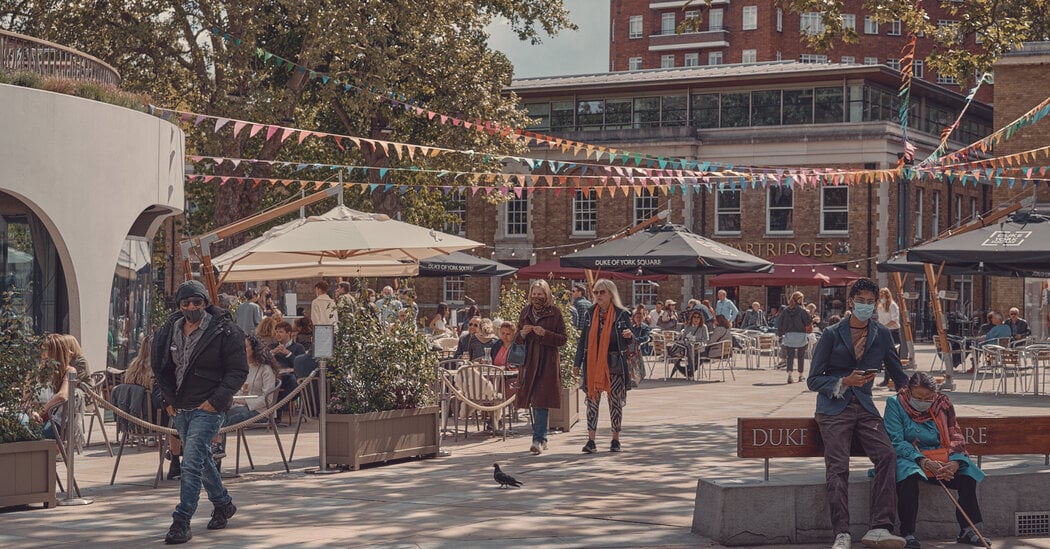 Germany is banning most travel from Britain starting on Sunday amid concerns about the spread of a coronavirus variant discovered in India, the German authorities said on Friday. German citizens and residents of Germany will still be allowed to enter the country from Britain but will be required to quarantine for two weeks upon arrival, Germany’s public health institution said, as it classified Britain as an area of concern because of the variant.

The move came days after Britain reopened its museums and cinemas and resumed allowing indoor service in pubs and restaurants. Many people in Britain have been looking forward to traveling abroad in the coming months, and Spain is set to welcome visitors arriving from Britain without a coronavirus test starting on Monday.

The spread in Britain of the variant first detected in India, known as B.1.617, could serve as an early warning for other European countries with relaxed restrictions. This month, the World Health Organization declared the mutation a “variant of concern,” Although scientists’ knowledge about it remains limited, it is believed to be more transmissible than the virus’s initial form.

Brazil, India, and South Africa are among the dozen countries Germany considers areas of concern because of variants. As of Thursday, Britain has reported 3,424 cases of the variant first discovered in India, according to government data, up from 1,313 points the previous week.

Dozens of nations, including European countries and the United States, suspended travel from Britain or imposed strict restrictions earlier in the pandemic amid concerns about spreading a variant first detected in England.

The Office for National Statistics in the United Kingdom said on Friday that the percentage of people testing positive for the coronavirus in Britain had shown “early signs of a potential increase” in the week ending on May 15. However, it said rates remained low compared with earlier this year. Britain recorded more than 81,000 cases at its peak in late December, compared with about 2,000 this month.

The country’s inoculation campaign is continuing apace, with an increased focus on second doses to thwart the sort of spikes that led to restrictions imposed this year.

More than 37 million people, or 56 percent of the country’s population, have received the first dose of a Covid-19 vaccine in Britain. Yet, most people under age 30 have to receive an amount, and less than a third of the population has been fully vaccinated. Health Minister Matt Hancock said on Saturday that people over 32 could now book an appointment.

Prime Minister Boris Johnson has vowed to proceed with a plan to lift all restrictions by June 21, although scientists have warned that the spread of the B.1.617 variant could delay such plans. Most cases of the variant have been found in northwestern England, with some in London.

In Germany, the restrictions on travel from Britain come as outdoor service resumed on Friday in cafes, restaurants, and beer gardens after months of closure. Chancellor Angela Merkel urged people to “treat these opportunities very responsibly.” The virus,” she said, “has not disappeared.