Popular
Sonya Blaze: How She Got Her First $10,000...
Investment Property for Dummies
How Mental Health Is Important for Happiness
Best Blogging Gadgets for the Self-Hosted Blogger
How to Find a Good Mobile Home
Finance Services for Small Businesses – What Is...
What Are the Best Schools for Secondary Education?
How to Test Internet Speed on Different Devices
University of Madras Distance Education (UMDE) Reviews
Rare Beauty Blush Swatch – Which Ones Do...
Home — Internet News Google Pixel 6 Review: Playing Catch-Up With the iPhone
— Internet News 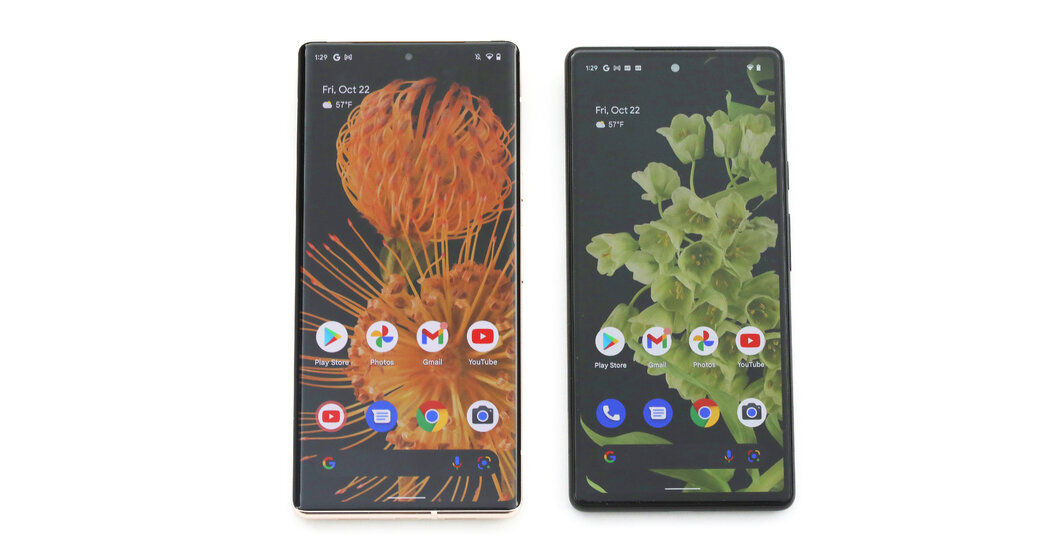 For half a decade, Google, the maker of Android, the world’s most widely used phone software, has had a dream to make a best-selling phone that rivals the gold standard, the iPhone.

Google’s Pixel phones have consistently received positive reviews but sell tepidly because of a significant weakness: They rely on off-the-shelf parts from other companies. As a result, they have felt sluggish compared with devices made by Apple, which tightly controls the quality of its iPhones by doing design in-house.

With the new Pixel 6 and Pixel 6 Pro, which cost $600 and $900 and will be available on Thursday, Google believes it now has phones that level the playing field. These are the company’s first phones to include Tensor, its own computing processor, similar to how Apple designed the silicon that powers its iPhones. Google said that the Tensor chip enables the Pixel phones to rapidly perform complex computing tasks, like voice transcriptions.

After a week of testing, I concluded that Google has made serious progress with the Pixels — but it is still dreaming. Its advancements were not enough to make me switch from an iPhone. The new Pixels feel zippy, but their computing power lags behind the iPhone’s speeds by as much as 50 percent. And while many photos produced with its camera looked clear and well lit, some looked overly sharp. The Pixel 6’s ability to immediately translate languages into one’s native tongue also felt unfinished — it didn’t work well with some languages, like Japanese.

Here’s what you need to know.

The Tensor processor results from Google’s long and expensive journey in smartphone technology, which included a $1 billion acquisition of the handset maker HTC in 2018. To speed things up, Google embedded its most complex algorithms into the chips, including advanced photography effects and language translation, eliminating the need to connect to its online servers to complete those tasks.

The speed increases were noticeable. The Pixel 6’s motion looked buttery smooth compared to its predecessors when scrolling through apps and websites. But when I tested some of the phone’s unique features, like the ability to watch a foreign-language video and display subtitles translated into English in real-time, the results were mixed.

When I opened TikTok and searched for videos of people giving language lessons in French, Italian, and Japanese, the technology performed well with French and Italian. The software correctly translated simple ways to say “I am not” in French (pronounced “twee pah” as opposed to the more formal phrase “Je ne suis pas”). But it struggled with the Japanese. One TikToker demonstrated an essential conversation that, when correctly translated, meant the following in English:

Consistently eating the right foods can help your hearing, vision and teeth