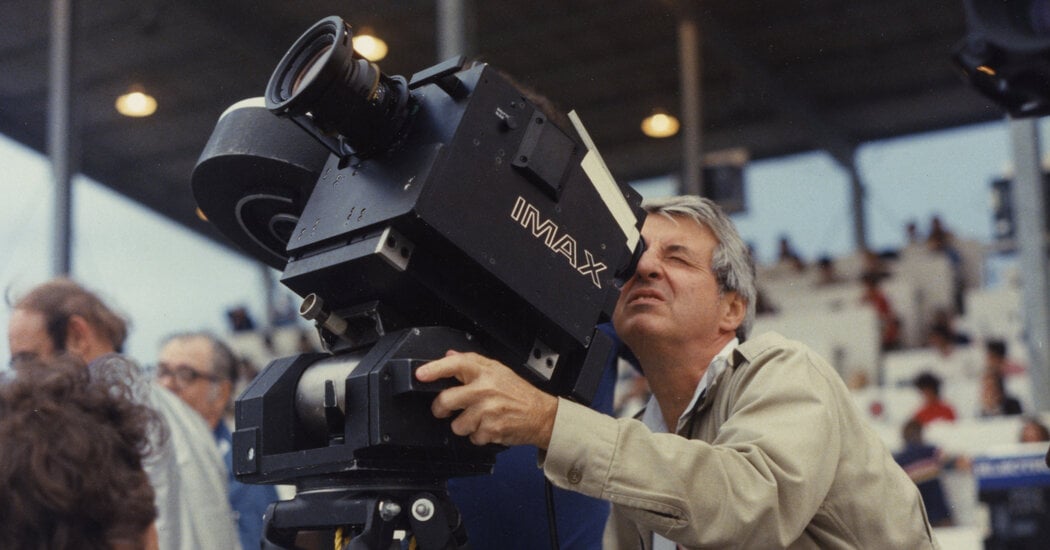 Graeme Ferguson, a Canadian documentarian who cocreated Imax, the panoramic cinema experience that immerses audiences in movies, and was the chief creative force of the company for years, died on May 8 at his home in Lake of Bays, Ontario. He was 91.

His son, Munro Ferguson, said the cause was cancer.

In the 1960s, Mr. Ferguson was making a name for himself as a young cinematographer known for working in the cinéma vérité style when asked to direct a documentary about the Arctic and Antarctic for the Expo 67 world’s fair in Montreal. He traveled for a year filming the movie, including footage of Inuit life and the aurora borealis.

The documentary, “Polar Life,” was screened in an immersive theater configuration: Audiences sat on a rotating turntable as the movie played on a panorama of 11 fixed screens. The experience was a hit. Another film at Expo 67 that similarly used multiple screens, “In the Labyrinth,” was directed by Roman Kroitor, Mr. Ferguson’s brother-in-law. Soon, the two men had a vision.

“We asked each other, wouldn’t it be better to have had or been able to have a single, large-format projector filling a large screen?” Mr. Ferguson told Take One, a Canadian film magazine, in 1997. “Obviously, the next step was to have a large film format, more significant than anything that had ever been done.

But despite Imax’s stunning technology, Mr. Ferguson struggled for decades to persuade investors to embrace his vision. In a tale of innovation, setbacks, and adversity, his company nearly went under several times, and it took years for Imax to become fully realized as the cinematic marvel it is today.

“People kept telling us nobody would sit still for 90 minutes and watch an Imax film,” Mr. Ferguson said Take One. “We were told that endlessly. Mr. Ferguson had already asked Robert Kerr, a former high school friend who had become a successful businessman, to be their partner. He next enlisted William Shaw, another former high school buddy who had become an engineer, to help come up with Imax technology. They soon developed prototypes for the camera and large-format projector needed to film and show Imax movies.

The group was eager to debut their technology at the 1970 Osaka Expo in Japan, so they overtook a Japanese bank, Fuji, for funding. They showed a delegation of bank officials their Imax offices in New York and Montreal, filled with industrious employees. Impressed by what they saw, Fuji Bank signed off on the project. What the delegates didn’t know was that the New York office was Mr. Ferguson’s freelance studio and that the Montreal headquarters were production rooms that Mr. Kroitor had rented out just days earlier. The first Imax movie, “Tiger Child,” premiered at Expo 70 in Osaka not long after. Though the film was successful, the company continued to struggle with financing.