Popular
Sonya Blaze: How She Got Her First $10,000...
Investment Property for Dummies
How Mental Health Is Important for Happiness
Best Blogging Gadgets for the Self-Hosted Blogger
How to Find a Good Mobile Home
Finance Services for Small Businesses – What Is...
What Are the Best Schools for Secondary Education?
How to Test Internet Speed on Different Devices
University of Madras Distance Education (UMDE) Reviews
Rare Beauty Blush Swatch – Which Ones Do...
Home — Sports Here Are The Needs for the Biggest Movers in the NFL Draft
— Sports 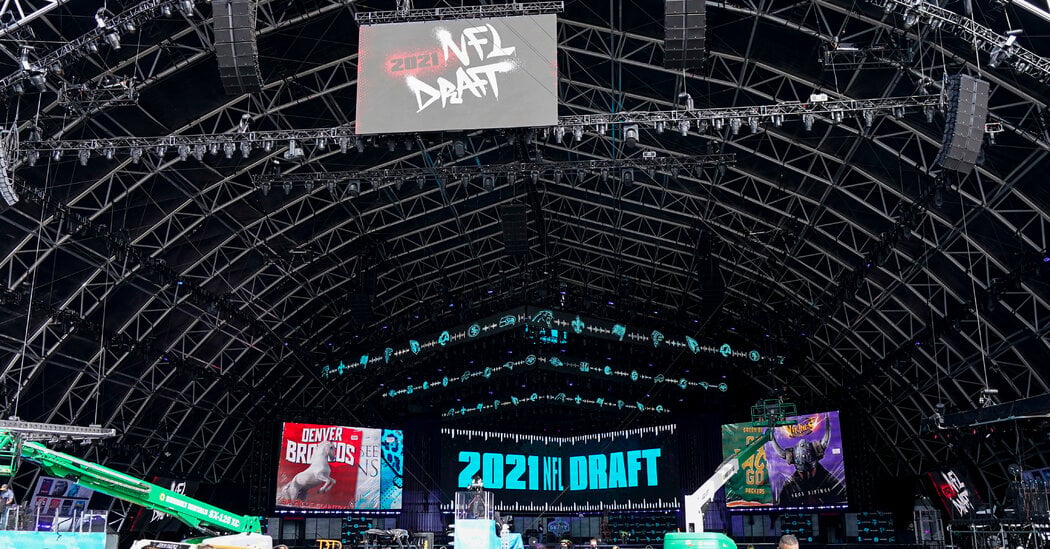 The top of the N.F.L. draft quaked late last month when the Miami Dolphins, the San Francisco 49ers, and the Philadelphia Eagles swung what amounted to a three-team trade. The bottom of it shuddered on Friday when the Baltimore Ravens acquired another first-round pick.

Those teams have not tipped off their draft targets — though 49ers Coach Kyle Shanahan faces questions nearly every day about his team’s quarterback position — but here are their needs ahead of Thursday night’s first-round:

With Jacksonville set to pick Trevor Lawrence at No. 1 and the Jets most likely taking Zach Wilson at No. 2, this is where the draft begins and where all the speculation finally, mercifully, ceases. After trading with the Dolphins to move up nine spots last month, the 49ers are taking a quarterback to sit behind, or supplant, Jimmy Garoppolo this year. Their choice will reveal much about Kyle Shanahan’s vision.

Does he value an accurate, mechanically sound pocket passer who can execute a scheme designed to yield completions and yards after receptions? If so, come on down, Mac Jones of Alabama.

But after watching Patrick Mahomes toast the 49ers in the Super Bowl to cap the 2019 season and seeing Josh Allen shred them in Week 13 last season, Shanahan could be craving a mobile quarterback. He has Justin Fields of Ohio State and Trey Lance of North Dakota State to choose between. That decision will fling the rest of the top 10 into chaos.

No. 6 Pick: Miami Dolphins (From Philadelphia)

The Dolphins want to put quarterback Tua Tagovailoa in a better position for success in his second N.F.L. season. Their trades with Philadelphia and San Francisco guarantee that they can do so with the sixth overall pick. At least one receiver will be available among Ja’Marr Chase of Louisiana State and Jaylen Waddle and DeVonta Smith of Alabama, or the unicorn tight end Kyle Pitts of Florida. Offensive tackle Penei Sewell of Oregon could also be available.

Miami is picking here because a video surfaced minutes before the 2016 draft of the offensive tackle prospect Laremy Tunsil wearing a gas mask and appearing to smoke marijuana through a bong. To explain: Because of the video, Tunsil was selected at No. 13, lower than expected, by Miami. After developing him into one of the league’s best tackles, the Dolphins, as they stripped their roster for a rebuild, were able to trade a package that included him to the Houston Texans in 2019 for a package that included three draft picks, including the third pick in this year’s draft.

No. 12 Pick: Philadelphia Eagles (From Miami, via San Francisco)

By trading back from the sixth pick and obtaining a 2022 first-round pick in the process, the Eagles signaled that they would replenish their aging roster under their new coach, Nick Sirianni. The move collects a raft of choices for 2022, when, hopefully, the college football schedule returns to normal, and teams can better evaluate prospects.

Maybe most important to Eagles fans, it confirmed that Philadelphia was not interested in selecting a quarterback high or displacing Jalen Hurts — at least not this year. With two first-round picks in 2022 and possibly a third if Carson Wentz reaches playing time benchmarks in Indianapolis, the Eagles are positioned to acquire a quarterback next off-season if Hurts flops.

As for this year, the Eagles need receivers and upgrades at a lot of other positions. If Jaylen Waddle or DeVonta Smith from Alabama is available, General Manager Howie Roseman may be tempted. If neither is and if he doesn’t like the talent at another need position (like, say, cornerback), he might just trade out again.

The Ravens on Friday traded a player at a premium position, the Pro Bowl left tackle Orlando Brown, to Kansas City for this pick and others. It might have seemed peculiar, helping the best team in the conference get better at protecting Patrick Mahomes’s blindside, but Ravens General Manager Eric DeCosta values draft choices. For unloading Brown, he got three others spread across the next two years.

Baltimore, which also picks at No. 27, now has options to either trade up, bolster its receiving corps, or improve a pass rush that lost the free-agent defensive end Matt Judon to New England in the off-season.