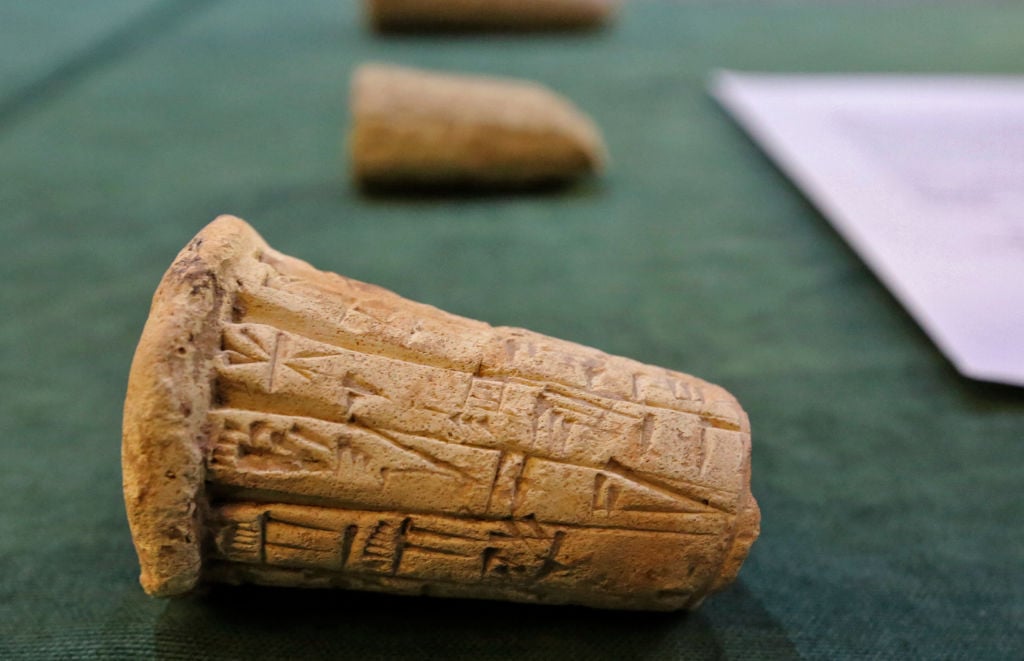 BAGHDAD — Over 17,000 looted ancient artifacts recovered from the United States and other countries were handed over to Iraq’s Culture Ministry on Tuesday, restitution described by the government as the largest in the country’s history.

Most of the artifacts dated back 4,000 years to ancient Mesopotamia and were recovered from the U.S. in a recent trip by Prime Minister Mustafa al-Kadhimi. Other pieces were also returned from Japan, Netherlands, and Italy, Foreign Minister Fuad Hussein said in a joint press conference with Culture Minister Hasan Nadhim. Nadhim said the recovery was “the largest in the history of Iraq” and the product of months of effort between the government and Iraq’s Embassy in Washington.

“There’s still a lot of work ahead in this matter. There are still thousands of Iraqi artifacts smuggled outside the country,” he said. “The United Nations resolutions are supporting us in the international community, and the laws of other countries in which these artifacts are smuggled to are on our side.”

“The smugglers are being trapped day after day by these laws and forced to hand over these artifacts,” he added.

The artifacts were handed over to the Culture Ministry in large wooden crates. A few were displayed, but the ministry said the most significant pieces will be examined and later revealed to the public in Iraq’s National Museum.

Iraq’s antiquities have been looted throughout decades of war and instability since the 2003 U.S.-led invasion that toppled Saddam Hussein. Iraq’s government has been slowly recovering the plundered antiquities since. However, archaeological sites across the country continue to be neglected owing to a lack of funds. According to the Foreign Ministry, at least five shipments of antiquities and documents have been returned to Iraq’s museum since 2016.