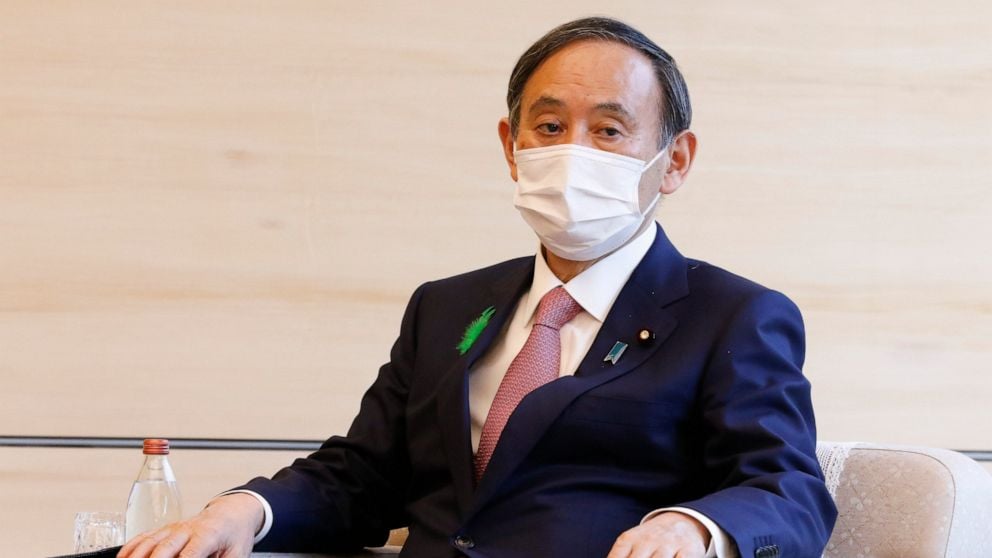 Prime Minister Yoshihide Suga said Japan will strive by 2030 to cut its emissions by 46% from 2013 levels, up from its earlier goal of 26%, to achieve carbon neutrality by 2050, a target he announced in October. He said Japan would further try to push the reduction as high as 50%.

“It will not be easy,” Suga said. “To achieve the target, we will firmly implement concrete measures while aiming to create a positive cycle that links the economy and environment and achieve strong growth.”

Japan’s target of no net greenhouse gas emissions by 2050 brought it into line with the European Union, which last year set a goal of becoming carbon neutral by the same date. China September pledged to be carbon neutral by 2060.

One of the world’s biggest carbon emitters, Japan has been under pressure from environmental groups and European countries to do more than its earlier 26% reduction target. Britain has pledged a 78% reduction by 2035.

Japan initially was to release its new 2030 target for the U.N. Climate Change Conference in November in Britain. Thursday’s announcement apparently showed its commitment to taking an active role in the global effort as an important U.S. ally. Experts say Japan is under pressure to play a more significant role as part of a multilateral effort led by the United States in environmental and climate issues. China is also expanding its influence.

During a visit to Washington last week, Suga agreed to cooperate in leading global efforts to reduce carbon emissions by promoting clean energy technologies and implementing the 2015 Paris climate accord.

Progress toward reducing reliance on fossil fuels in Japan has been hindered by the prolonged closures of most of its nuclear plants after the Fukushima nuclear plant disaster in 2011.

Energy experts are discussing revisions to the plan for 2030 and 2050. The 2050 emissions-free target would require drastic changes and likely prompt calls for more nuclear plant restarts.

About 40% of Japan’s carbon emissions come from power companies. Experts say they must use more renewable energy sources while stepping up the development of technologies using hydrogen, ammonia, and other carbon-free resources.

Suga said he will maximize the use of renewables and other non-carbon power sources, support local decarbonizing efforts and encourage investment.