Popular
Sonya Blaze: How She Got Her First $10,000...
Investment Property for Dummies
How Mental Health Is Important for Happiness
Best Blogging Gadgets for the Self-Hosted Blogger
How to Find a Good Mobile Home
Finance Services for Small Businesses – What Is...
What Are the Best Schools for Secondary Education?
How to Test Internet Speed on Different Devices
University of Madras Distance Education (UMDE) Reviews
Rare Beauty Blush Swatch – Which Ones Do...
Home Internet Japan to start releasing Fukushima water into sea in 2 years
Internet 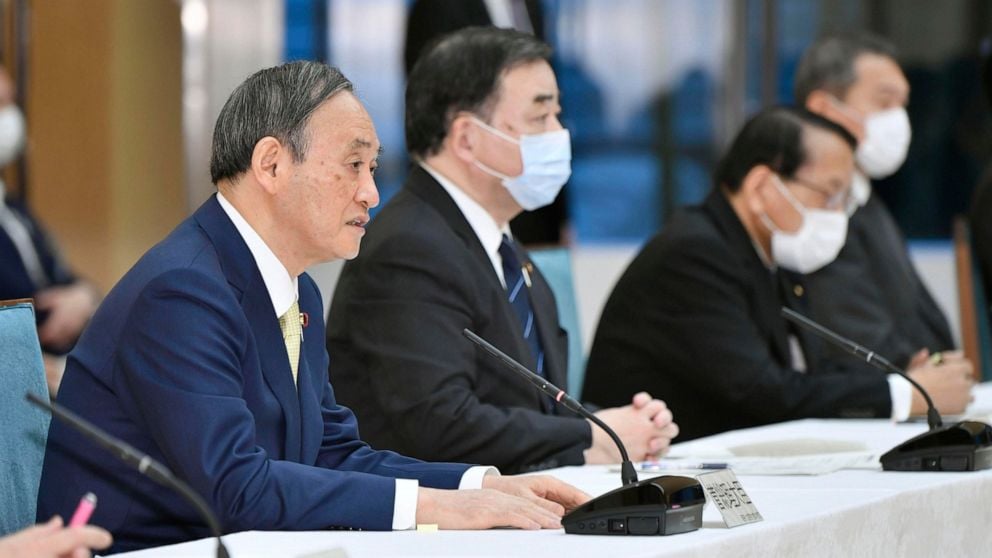 TOKYO — Japan’s government decided Tuesday to start releasing treated radioactive water from the wrecked Fukushima nuclear plant into the Pacific Ocean in two years — an option fiercely opposed by fishermen, residents, and Japan’s neighbors. The decision, long speculated but delayed for years due to safety concerns and protests, came at a meeting of Cabinet ministers who endorsed the ocean release as the best option.

The accumulating water has been stored in tanks at the Fukushima Daiichi plant since 2011 when a massive earthquake and tsunami damaged its reactors, and their cooling water became contaminated and began leaking. The plant’s storage capacity will be full late next year.

Prime Minister Yoshihide Suga said ocean release was the most realistic option. Disposing of the water is unavoidable for the decommissioning of the Fukushima plant, which is expected to take decades. He also pledged the government would work to ensure the water’s safety and prevent damaging rumors.

The plant’s operator, Tokyo Electric Power Co., and government officials say tritium, which is not harmful in small amounts, cannot be removed from the water. Still, all other selected radionuclides can be reduced to levels allowed for release. Some scientists say the long-term impact on marine life from low-dose exposure to such large volumes of water is unknown. The government stresses the safety of the water by calling it “treated,” not “radioactive,” even though radionuclides can only be reduced to disposable levels, not to zero. The amount of radioactive materials that would remain in the water is also still unknown.

Under the basic plan adopted Tuesday by the ministers, TEPCO will start releasing the water about two years after building a facility and compiling release plans adhering to safety requirements. It said the disposal of the water cannot be postponed further and is necessary to improve the environment surrounding the plant so residents can live there safely.

Lawyer Izutaro Managi and his colleagues representing residents in Fukushima and nearby areas said the government and TEPCO should not dump the water “only to impact the environment again” — referring to the radiation that still contaminates land closest to the damaged plant. The lawyers alleged in a statement that ocean release was chosen for cost-effectiveness and that forcing the plan “underscores their lack of regret” for the disaster.