Jill Biden To DACA College Graduates: ‘We Stand With You’ 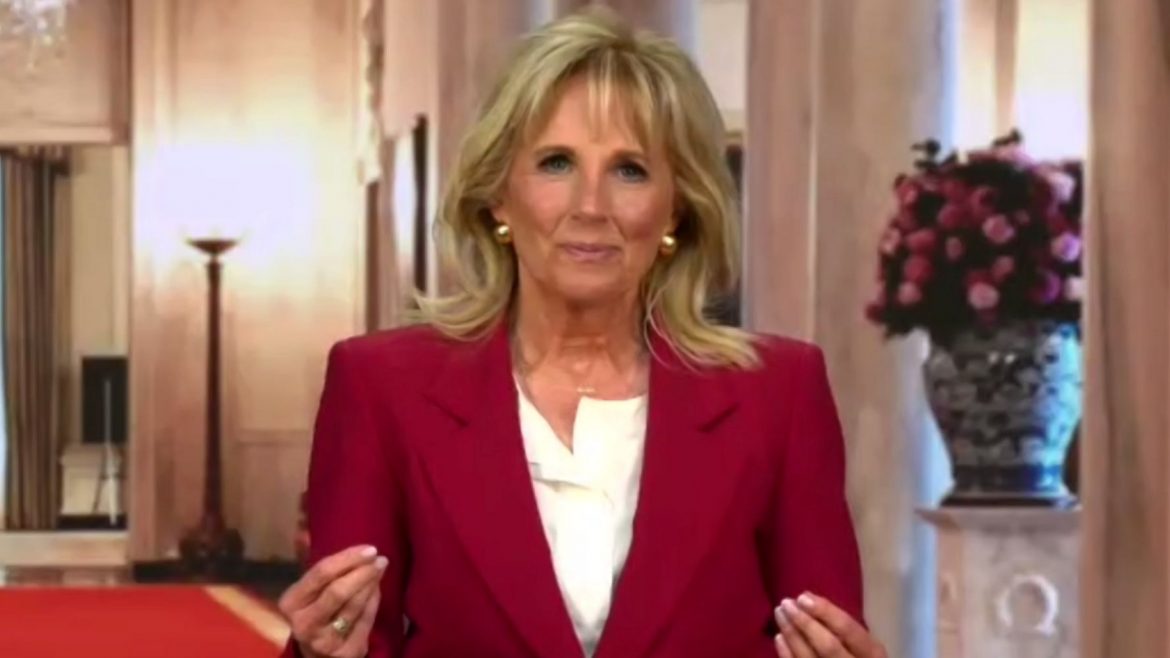 First lady Jill Biden gave a commencement speech Thursday for college graduate Dreamers, the young immigrants who arrived in the U.S. as children, telling them: “We stand with you.”

“You have achieved and completed something that will change your life forever,” the first lady told immigrant graduates in a virtual event organized by TheDream.US, which provides scholarships to recipients of the Deferred Action for Childhood Arrivals (DACA) program.

Biden added that as an English professor at Northern Virginia Community College, she’s had many students who are “new Americans,” refugees, and “Dreamers who were brought to America as young children.”

“We know you have so much to contribute to this nation in the days ahead,” Biden added. “We stand with you. Never stop dreaming.”  The first lady noted how many Dreamers have had to live “in fear of being forced to return to countries they’ve never known,” adding that her husband, President Joe Biden, is working on policies to create “fair pathways to citizenship for students like you.”

President Biden has been pushing several immigration bills in Congress to provide permanent resident status to DACA recipients and others to provide a path to citizenship for farm workers and other undocumented immigrants.

During the commencement ceremony, written testimonies from this year’s immigrant graduates played on screen, including one that read: “Para mis padres que llegaron sin nada pero me dieron todo” — or in English: “For my parents who arrived with nothing but gave me everything.”