Popular
Sonya Blaze: How She Got Her First $10,000...
Investment Property for Dummies
How Mental Health Is Important for Happiness
Best Blogging Gadgets for the Self-Hosted Blogger
How to Find a Good Mobile Home
Finance Services for Small Businesses – What Is...
What Are the Best Schools for Secondary Education?
How to Test Internet Speed on Different Devices
University of Madras Distance Education (UMDE) Reviews
Rare Beauty Blush Swatch – Which Ones Do...
Home Internet Judge loosens Apple’s grip on app store in Epic decision
Internet 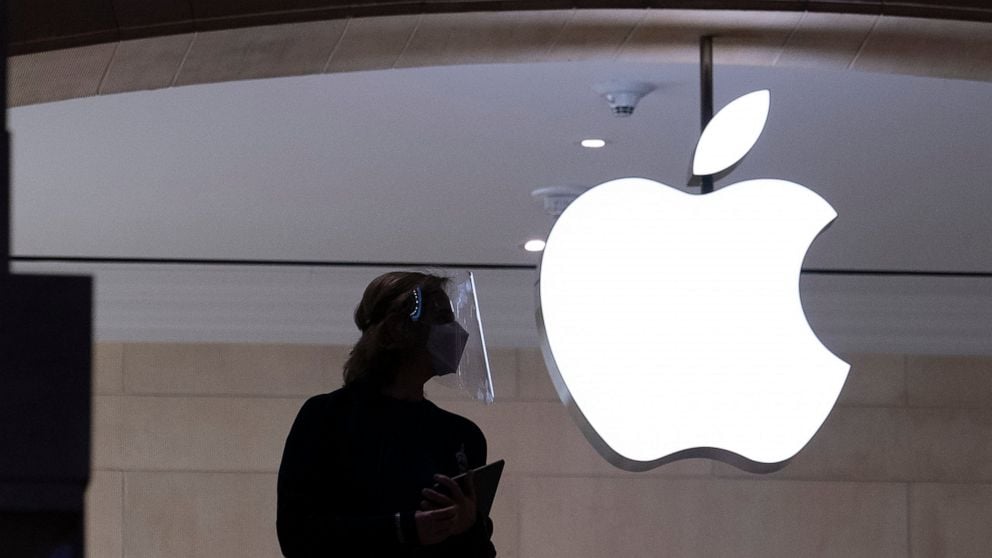 SAN RAMON, Calif. — A federal judge ordered Apple to dismantle part of the competitive barricade guarding its closely run app store, threatening one of the iPhone maker’s biggest moneymakers. Such a change could potentially also save app developers billions of dollars, encouraging them to lower the prices paid by consumers.

The ruling issued Friday decides an antitrust case brought by Epic Games, best known as the maker of Fortnite, the popular video game played by about 400 million people worldwide. Apple shares dropped on news of the ruling. They were down by more than 2% in Friday afternoon trading, reflecting investor fears that the legislation would siphon away the company’s billions of dollars in annual revenue.

The legal battle targeted commissions of up to 30% that Apple charges on digital transactions within apps. Such transactions can include everything from Netflix or Spotify subscriptions to the sale of digital items such as songs, movies, or virtual tchotchkes for video games.

Epic cast that highly lucrative fee as a price-gouging tactic that wouldn’t be possible if competing stores were allowed to offer iPhone apps.

Although the ruling by U.S. District Judge Yvonne Gonzalez Rogers requires Apple to make some changes in its app store, it also upheld the company’s right to block other stores from offering apps for its iPhone. She sided with Apple on every other key point of the case and, in particular, didn’t find the company is operating an illegal monopoly as Epic had charged.

“As the Court recognized, ‘success is not illegal,'” Apple said in a statement. “Apple faces rigorous competition in every segment in which we do business, and we believe customers and developers choose us because our products and services are the best in the world.”

The Cupertino, California, company didn’t say whether it would appeal the injunction requiring iPhone app developers to offer other payment options.

Gonzalez Rogers also dealt Epic a blow by ruling that the game maker breached its contract with Apple when Fortnite added a non-Apple payment system to its app. That defiance prompted Apple to oust Fortnite from its app store 13 months ago, triggering Epic’s lawsuit. She ordered Epic to pay Apple nearly $3.7 million, or 30% of the revenue it collected while violating Apple’s commissions.

Epic, a privately held company based in Cary, North Carolina, didn’t immediately respond to a request for comment. But Epic CEO Tim Sweeney denounced the ruling in a tweet, writing that it “isn’t a win for developers or consumers.”

He said Fortnite will return to Apple’s app store once it can offer competitive in-app payments. “We will fight on,” he added in a subsequent tweet.

The 185-page ruling caps a trial focused on one of the pillars holding up Apple’s $2 trillion empire — one that Apple’s late co-founder Steve Jobs began to shape 20 years ago.

Since that trial ended three months ago, Apple has taken two steps to loosen some of its app store rules — one to settle a lawsuit and another to appease Japanese regulators without altering its commissions. Those concessions make it easier for many apps to prod their users to pay for digital transactions in ways that avoid triggering Apple’s fees.

Now Gonzalez Rogers is ordering Apple to go even further by allowing links and buttons for non-Apple payment options directly within apps, something Apple has steadfastly resisted. Apple also maintains that blocking other payment links within apps helps protect the security and privacy of people using its iPhones, iPads, and iPods.