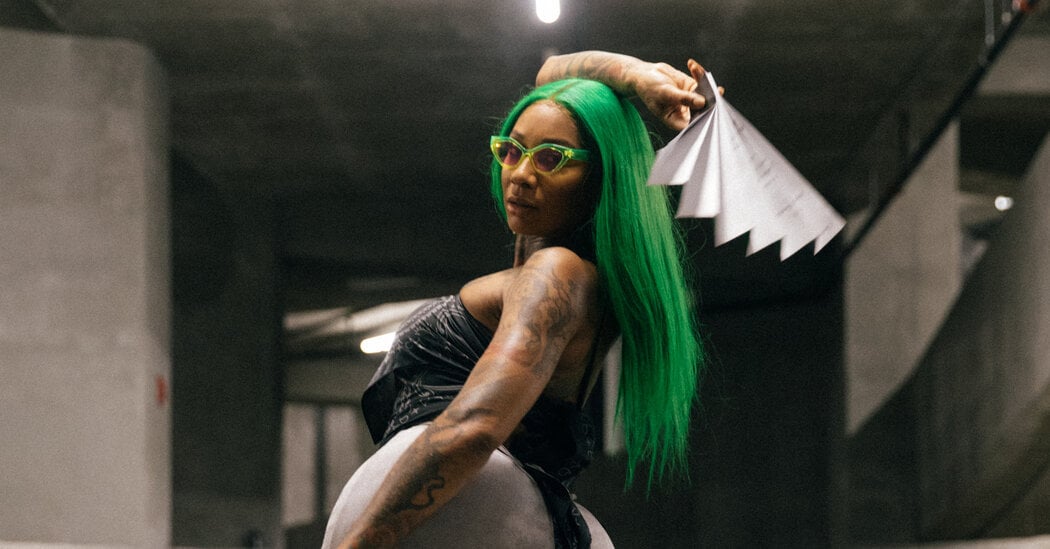 Though the stage was sparse, other show elements made it feel, like Mr. West, larger than life. Five thousand dancers, some in bulletproof vests like his, encircled the rapper. A miles-high light circling the stage beamed from its center, out of the stadium and into the sky, a telegraph to the heavens. That epic beam in the sky, visible from various parts of Atlanta, represents, to Mr. West, the protection he feels from his mother, who passed away in November 2007.

Another of Mr. West’s collaborators, Mark Breitbard, global head of Gap Global, was at the show and said the whole “Donda” experience was typical Kanye. Mr. West is creating a new clothing line called Yeezy Gap with the company.

“Kanye loves developing and the creative process,” he said. “This whole performance and how much is in there, the depth, the emotion, all speaks to that.” (Mr. Breitbard could not give a date for when clothes from the collaboration will be released, but he did reiterate that the partnership is a “creative process that will evolve over time.”)

Still, since Mr. West is himself, throughout the night, it was hard to escape the feeling that though he currently views himself as a son who is covered by his mother’s love and protection, he might also believe he is above it all. Throughout the 90-minute performance, the dancers walked and ran around the stage, staying close to the star, as if part of an army tasked with protecting Mr. West. Just when it felt like the show had ended, the light beam flashed back on, and Mr. West, presumably with the assistance of many hidden cables, ascended high above the stadium before being brought back down to earth.

Creating Golf Homes in Morocco Both Traditional and...

Adventure Travel Kalamazoo – Where Is It Located?