Popular
Sonya Blaze: How She Got Her First $10,000...
Investment Property for Dummies
How Mental Health Is Important for Happiness
Best Blogging Gadgets for the Self-Hosted Blogger
How to Find a Good Mobile Home
Finance Services for Small Businesses – What Is...
What Are the Best Schools for Secondary Education?
How to Test Internet Speed on Different Devices
University of Madras Distance Education (UMDE) Reviews
Rare Beauty Blush Swatch – Which Ones Do...
Home — Travel n Tour La Guardia ‘Security Incident’ Draws Emergency Response
— Travel n Tour 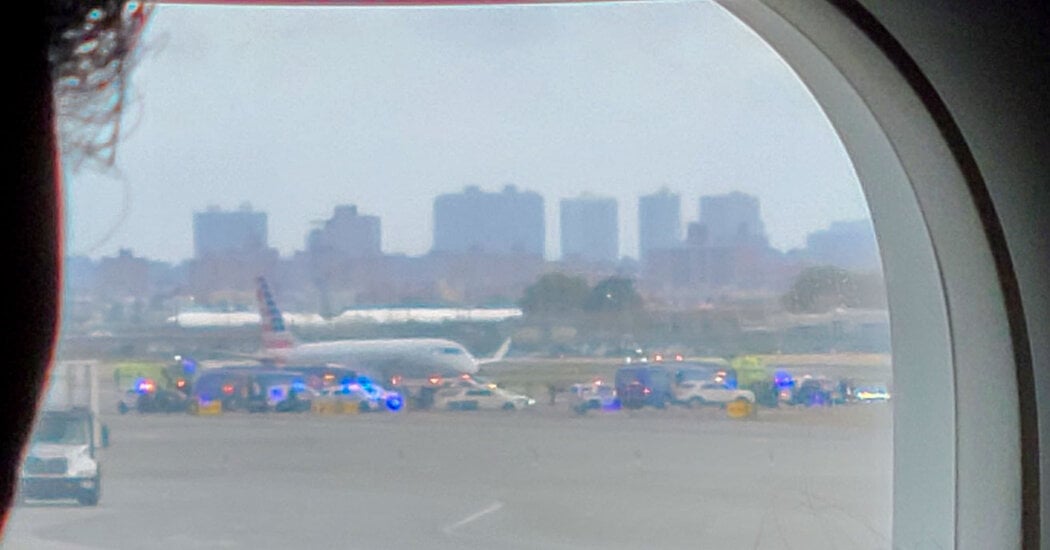 The plane landed shortly after 3 p.m., and all the passengers safely exited, said the spokesman, Steve Kulm.

The flight, a Republic Airways aircraft operating as American 4817, declared an emergency and landed “in response to passenger behavior near the end of the flight,” a Republic spokesman Jon Austin said. Upon exiting the active runway, the aircraft stopped on a taxiway and conducted a precautionary emergency evacuation,” Mr. Austin said. “Our crew responded to the situation by our procedures and with professionalism and a concern for the safety of all aboard. Law enforcement and first responders met the aircraft, and the passenger involved in the incident has been taken into custody.”

It was unclear exactly how many people were aboard the plane. American Airlines, Republic Airways, and the Port Authority of New York and New Jersey reported 76 and 78 passengers and four to six crew members. There were no injuries reported. The person who was taken into custody was not identified, but a Port Authority spokesman said “suspicious and erratic behavior” from the person caused other passengers to alert the pilot. All passengers were safely removed,” the spokesman, Thomas A. Topousis, said. “Several who were closest to the passenger with erratic behavior were interviewed.”

He said the person at the episode’s center was being “detained for questioning” by the police.

A video taken from the tarmac showed emergency responders surrounding a man on his stomach as passengers stood nearby. In another video, evacuated passengers are told to “step back” and give responders staffed space.

The U.S. Department of Homeland Security and the F.B.I. did not respond to emails or phone calls on Saturday afternoon.

The flight took off from Indianapolis International Airport around 1 p.m., according to data from FlightAware.