Popular
Sonya Blaze: How She Got Her First $10,000...
Investment Property for Dummies
How Mental Health Is Important for Happiness
Best Blogging Gadgets for the Self-Hosted Blogger
How to Find a Good Mobile Home
Finance Services for Small Businesses – What Is...
What Are the Best Schools for Secondary Education?
How to Test Internet Speed on Different Devices
University of Madras Distance Education (UMDE) Reviews
Rare Beauty Blush Swatch – Which Ones Do...
Home Internet Lava flowing into sea creates delta, expands Spanish island
Internet 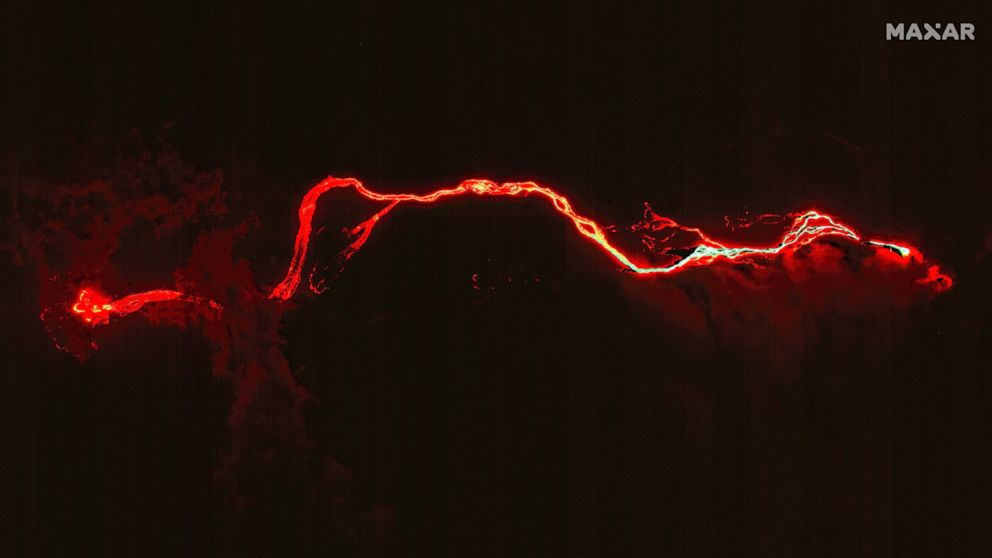 LOS LLANOS DE ARIDANE, Canary Islands — The surface of Spain’s La Palma island continues to expand as lava from a volcanic eruption flows into the Atlantic Ocean and solidifies when it hits the water, European Union scientists said Thursday.

The European Union’s Earth observation program, Copernicus, said Thursday that its satellite imagery showed a D-shaped tongue of molten rock building upon the island’s western shore that measured 338 hectares (835 acres) by the end of Wednesday.

Trade winds typical of Spain’s Canary Islands were helping dispel the plumes of water vapor and toxic gases that result when the lava with a temperature of over 1,000 degrees Celsius (1,800 F) meets the ocean, where the water is 22 degrees Celsius (71.6 F).

But authorities were on alert because Spain’s weather forecaster, AEMET, indicated the wind’s direction could change later Thursday and bring the toxic plumes toward the shore and farther inland.

The hydrochloric acid and tiny volcanic glass particles released into the air can cause skin, eye, and respiratory tract irritation.

The direction the lava flow could take was also a source of concern. The molten rock from the volcano that first erupted on Sept. 19 was still running downhill like a river and then tumbling over a cliff into the Atlantic. But uneven terrain could make the lava overflow its current path, spread to other areas, and destroy more houses and farmland.

At least 855 buildings and 30 kilometers (18.6 miles) of roads and other critical infrastructure have been wiped out so far. Banana plantations that are the source of income for many islanders have also been destroyed or damaged by volcanic ash.

Over 6,000 residents have been evacuated so far, and hundreds more were advised to stay home to avoid the possible inhalation of toxic gases. No casualties or injuries have been reported among La Palma residents or visitors since the eruption began.

Home to about 85,000 people, La Palma, is part of the volcanic Canary Islands, an archipelago off northwest Africa. The island is roughly 35 kilometers (22 miles) long and 20 kilometers (12 miles) wide at its broadest point.