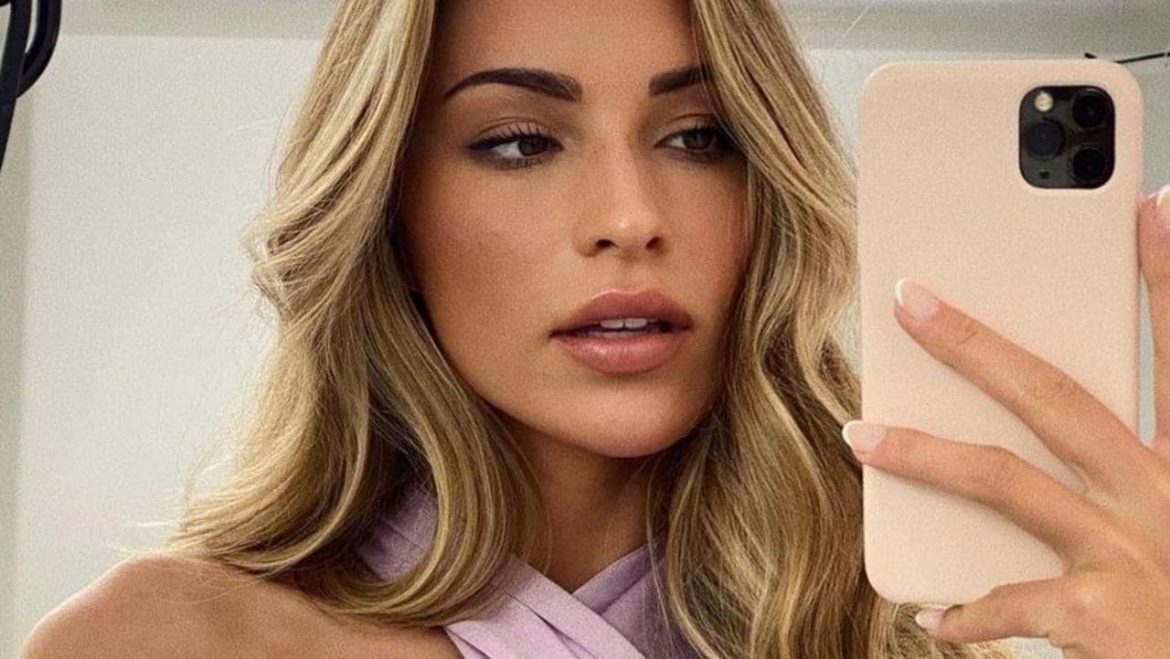 A former reality star has sparked a shopper frenzy over a revealing “underboob” dress that costs less than fifty bucks. British Love Island star Zara McDermott sent a flurry of people to reach for their wallets after sharing a series of sexy snaps wearing the skin-tight lilac dress she designed for her new collection with budget e-tailer Miss Guided. The bodycon outfit features a jaw-dropping cut-out across the chest that reveals a severe amount of cleavage that definitely isn’t for the faint-hearted.

While most of us would worry about falling out of the risque dress, Zara’s photos appear to have convinced women to part with their hard-earned cash, as the star told her 1.5 million followers the gown was “selling out fast”. Despite only hitting the brand’s website a few hours ago, there are only a handful of sizes left – a testament to the power of social media.

I see this dress in my dreams, and the fact I designed it makes it even better,” Zara wrote on Tuesday morning.

“It’s from my @missguided summer collection (ad) … I can’t believe how fast everything is selling out. Thank you all so much.” Comments on Zara’s racy photos, taken behind the scenes of a photoshoot for the collection, have been pouring in – many branding the images “insane”.

However, some have questioned the need to put such a large section of bust on display.

Other garments in the collection were just as revealing, including an “extreme cut out swimsuit”, $30.99, and a “wrap-around mini skirt” with a matching “mesh keyhole top”. Zara appeared in season four of the UK dating show in 2018 and has forged a successful career as an influencer and fitness model since. She regularly shares photos wearing extremely racy outfits and is currently dating Made in Chelsea star Sam Thompson.