Popular
Sonya Blaze: How She Got Her First $10,000...
Investment Property for Dummies
How Mental Health Is Important for Happiness
Best Blogging Gadgets for the Self-Hosted Blogger
How to Find a Good Mobile Home
Finance Services for Small Businesses – What Is...
What Are the Best Schools for Secondary Education?
How to Test Internet Speed on Different Devices
University of Madras Distance Education (UMDE) Reviews
Rare Beauty Blush Swatch – Which Ones Do...
Home Internet Magnet milestones move distant nuclear fusion dream closer
Internet 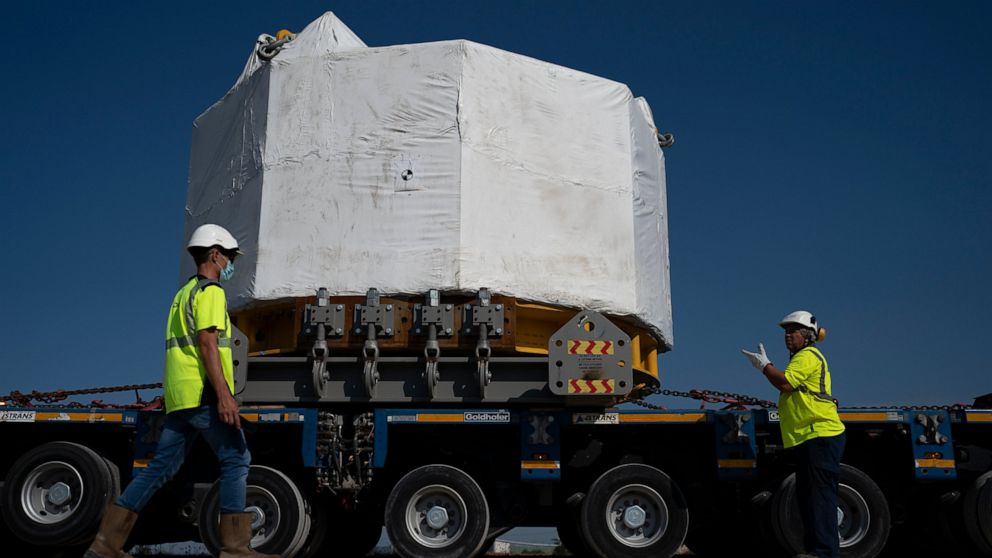 SAINT-PAUL-LES-DURANCE, France — Teams working on two continents have marked similar milestones in their respective efforts to tap an energy source key to the fight against climate change: They’ve each produced very impressive magnets. On Thursday, scientists at the International Thermonuclear Experimental Reactor in southern France delivered the first part of a massive magnet so strong its American manufacturer claims it can lift an aircraft carrier.

Almost 60 feet (nearly 20 meters) tall and 14 feet (more than four meters) in diameter when fully assembled, the magnet is a crucial component in the attempt by 35 nations to master nuclear fusion.

Massachusetts Institute of Technology scientists and a private company announced separately this week that they, too, have hit a milestone with the successful test of the world’s strongest high-temperature superconducting magnet that may allow the team to leapfrog ITER. In the race to build a ‘sun on earth.’

Unlike existing fission reactors that produce radioactive waste and sometimes catastrophic meltdowns, fusion proponents say it offers a clean and virtually limitless supply of energy. If that is, scientists and engineers can figure out how to harness it — they have been working on the problem for nearly a century.

Rather than splitting atoms, fusion mimics a process that occurs naturally in stars to meld two hydrogen atoms together and produce a helium atom — as well as a whole load of energy.

Achieving fusion requires unimaginable amounts of heat and pressure. One approach to achieving that is to turn the hydrogen into an electrically charged gas, or plasma, which is then controlled in a donut-shaped vacuum chamber.

This is done with the help of powerful superconducting magnets such as the ‘central solenoid’ that General Atomics began shipping from San Diego to France this summer.

Scientists say ITER is now 75% complete; they aim to fire up the reactor by early 2026, with the ultimate goal of producing more energy than is required to heat up the plasma and prove that fusion technology is viable.

Among those hoping to beat them to the prize is the team in Massachusetts, which said it has managed to create a magnetic field twice that of ITER’s with a magnet about 40 times smaller.

The T List: Five Things We Recommend This Week