Popular
Sonya Blaze: How She Got Her First $10,000...
Investment Property for Dummies
How Mental Health Is Important for Happiness
Best Blogging Gadgets for the Self-Hosted Blogger
How to Find a Good Mobile Home
Finance Services for Small Businesses – What Is...
What Are the Best Schools for Secondary Education?
How to Test Internet Speed on Different Devices
University of Madras Distance Education (UMDE) Reviews
Rare Beauty Blush Swatch – Which Ones Do...
Home Tech Mark Zuckerberg to Be Added to Facebook Privacy Suit
Tech 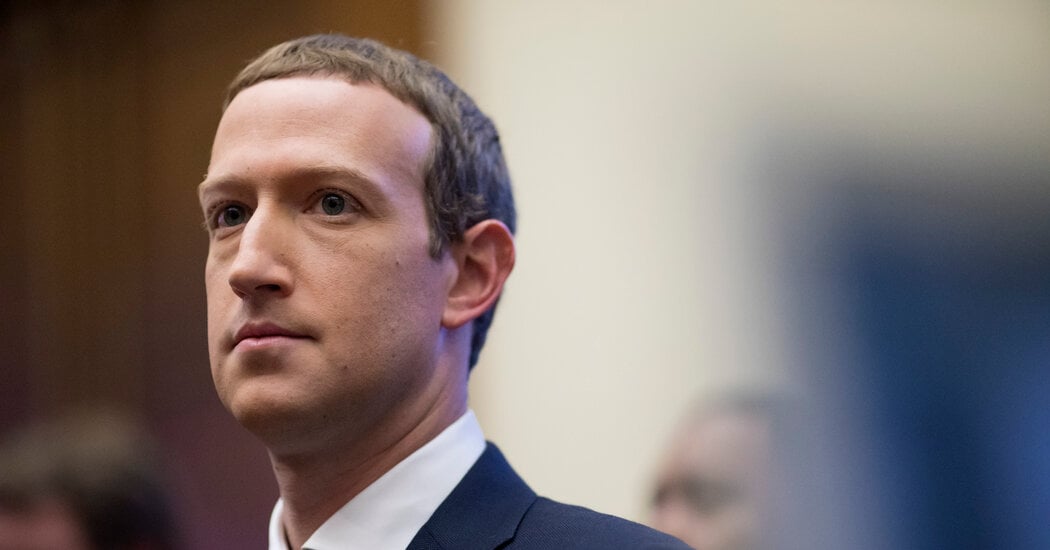 WASHINGTON — The attorney general for the District of Columbia on Wednesday added Facebook’s chief executive, Mark Zuckerberg, to a consumer protection lawsuit, in one of the first efforts by a regulator to expose him personally to potential financial and other penalties. The attorney general, Karl Racine, said that continuing interviews and reviews of internal documents for the case had revealed that Mr. Zuckerberg played a much more active role in critical decisions than prosecutors had known.

Facebook is at the center of multiple legal battles with regulators. It is the target of antitrust and consumer protection lawsuits by the Federal Trade Commission and several state attorneys.

Regulatory pressure is also mounting. U.S. lawmakers are introducing bills to regulate social media companies and technologies that spread harmful content. On Wednesday, Senator Richard Blumenthal of Connecticut wrote Mr. Zuckerberg asking him to testify in a hearing on Instagram’s harms to teenagers. Also, on Wednesday, Britain’s antitrust authority fined Facebook $70 million for breaching reporting rules related to an investigation of the company’s acquisition of Giphy.

None of those actions have directly addressed the role played by Mr. Zuckerberg, who has more than 50 percent control of voting shares. But Mr. Racine’s move could result in significant financial penalties for Mr. Zuckerberg. The District of Columbia could seek up to $5,000 for any of the district’s 300,000 residents who may have been affected by the Cambridge Analytica data privacy violation.

“This is a power move and gets to the problem,” said David Vladeck, a professor of law at Georgetown and the former head of consumer protection at the F.T.C. “Facebook is very unusual because of its corporate structure that makes Mark Zuckerberg the ultimate decider on all important decisions.”

Mr. Racine’s complaint against Facebook was filed in December 2018 in the Superior Court of Columbia. The suit charges that Facebook misled consumers about privacy on the platform by allowing Cambridge Analytica, a political consulting firm, to obtain sensitive data from more than 87 million users, including more than half the district’s residents.

Facebook asked a judge to dismiss the suit, saying the company never misled consumers. In June 2019, Judge Fern Flanagan Saddler rejected the motion. She kicked off a long period of discovery, which has included interviews with current and former employees and reviews of Mr. Zuckerberg’s testimony in Congress, and interviews with law enforcement officials.

Mr. Racine said the investigation showed that a major product shift in 2010, which gave hundreds of third-party developers free access to Facebook’s user data, was a “brainchild” of Mr. Zuckerberg’s. Among those third parties was an academic who then turned over Facebook data to Cambridge Analytica.

Facebook knew the company’s data had gotten into the hands of Cambridge Analytica but didn’t disclose the data privacy breach for more than two years.

“Under these circumstances, adding Mr. Zuckerberg to our lawsuit is unquestionably warranted and should send a message that corporate leaders, including the C.E.O., will be held accountable for their actions,” Mr. Racine said in a statement.

Facebook can file a motion to dismiss the attorney general’s amendment to include Mr. Zuckerberg as a defendant. The company has fought the complaint and antitrust lawsuits filed by the F.T.C. and nearly every state and the District of Columbia.

The company has denied the attorney general’s lawsuit allegations, saying it hasn’t misled consumers about its data privacy practices. Its decision to open the platform to third parties in 2010 was public.

“These allegations are as meritless today as they were more than three years ago when the District filed its complaint,” said Andy Stone, a spokesman for Facebook. “We will continue to defend ourselves vigorously and focus on the facts.”

Facebook’s lawyers have been particularly combative about attempts to name Mr. Zuckerberg in previous regulatory actions. In 2011 and 2019, its lobbyists and lawyers fought back attempts by the F.T.C. to name him as a respondent in privacy cases.

In May 2019, commissioners at the F.T.C. clashed on making Mr. Zuckerberg responsible for data privacy abuses related to the Cambridge Analytica scandal. The agency’s two Democratic members argued against exposing him to financial and other penalties in settlement negotiations with the company. Facebook’s lawyers fought back and said Mr. Zuckerberg couldn’t be responsible for the actions of tens of thousands of employees. In July 2019, the F.T.C. announced a $5 billion settlement with Facebook without holding Mr. Zuckerberg accountable.

Facebook has become engulfed in a public relations crisis in recent weeks after a whistle-blower, Frances Haugen, accused it of hiding damaging information about its products. Mr. Zuckerberg has stepped back from the public eye since internal documents shared by Ms. Haugen first became public, except to make product announcements and with a long defensive post rebutting her accusations.

Mr. Racine said Mr. Zuckerberg’s influence at the company was integral to his lawsuit and how the company functioned.

“Zuckerberg is not just a figurehead at Facebook; he is personally involved in nearly every major decision the company makes, and his level of influence is no secret,” the attorney general said in the lawsuit.