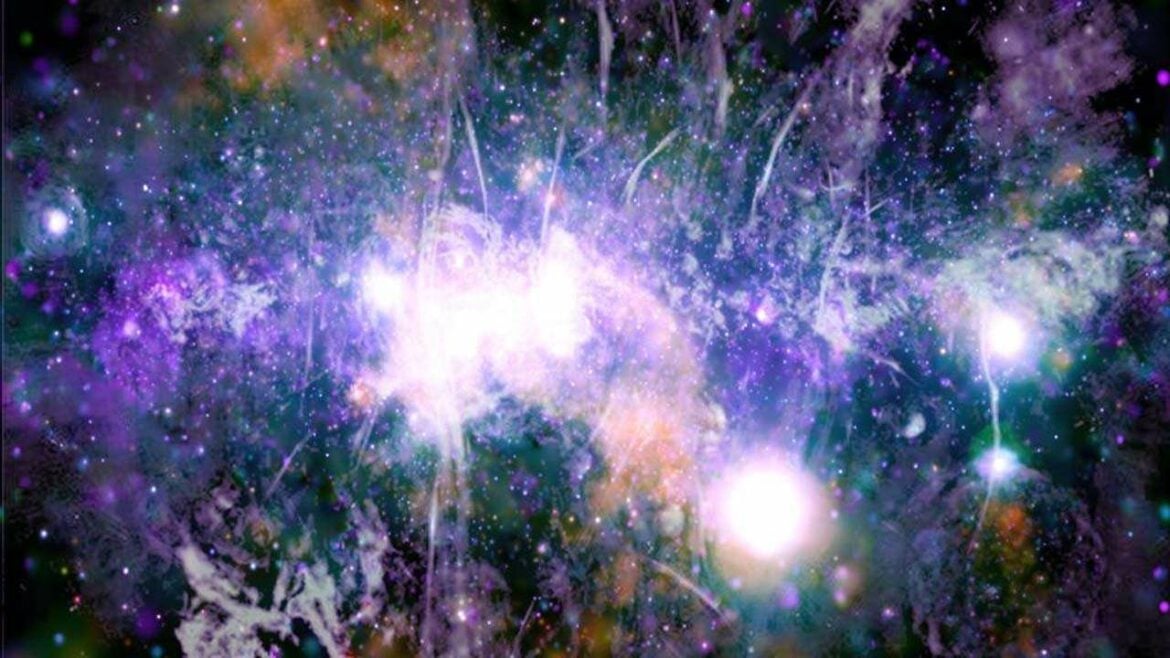 It’s a composite of 370 observations over the past two decades by the orbiting Chandra X-ray Observatory, depicting billions of stars and countless black holes in the center, or heart, of the Milky Way. A radio telescope in South Africa also contributed to the image for contrast. Astronomer Daniel Wang of the University of Massachusetts Amherst said Friday he spent a year working on this while stuck at home during the pandemic.

“What we see in the picture is a violent or energetic ecosystem in our galaxy’s downtown,” Wang said in an email. “There are a lot of supernova remnants, black holes, and neutron stars there. Each X-ray dot or feature represents an energetic source, most of which are in the center.”

This busy, high-energy galactic center is 26,000 light-years away.

His work appears in the June issue of the Monthly Notices of the Royal Astronomical Society.

Launched in 1999, Chandra is in an extreme oval orbit around Earth.