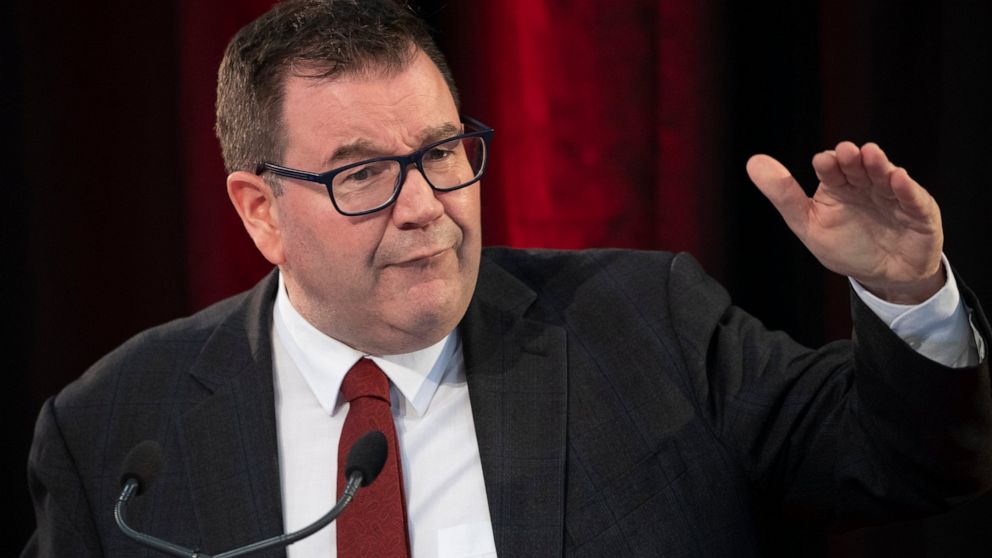 WELLINGTON, New Zealand — New Zealand plans to rebuild its Antarctic base and spend billions more on welfare payments as part of a spending program to lift the economy out of a coronavirus slump.

The government on Thursday unveiled its annual budget, which indicated the economy is doing much better than forecast after the pandemic first hit. That’s thanks in large part to the nation’s success in stopping the spread of the virus, as well as strong international demand for the nation’s milk and other agricultural exports.

Treasury figures indicate that the nation’s economy is expected to grow by 2.9% this year and rise to 4.4% by 2023. That follows a sharp plunge and quick recovery last year, which ended in an overall economic contraction of 1.7%.

The budget plan includes $344 million New Zealand dollars ($247 million) to rebuild Scott Base in Antarctica, which scientists have used since it was first built in 1957.

“The outdated buildings and facilities that keep the residents alive in the coldest, driest, windiest place on Earth have deteriorated,” Foreign Minister Nanaia Mahuta said. “Doing nothing would eventually lead to the closure of the base.”

The project would involve demolishing the existing 12 buildings built in the early 1980s and replacing them with three large, interconnected buildings. The rebuilt base could accommodate up to 100 people at a time.

One of the new buildings would be used for accommodation and dining, science and engineering, and storage. A wind farm that produces renewable electricity would be overhauled.

The project still needs final signoff from both New Zealand and its Antarctic treaty partners. Under the plan, bulldozers would be shipped to Antarctica in the first year, and construction would take another six years.

Due to its proximity to Antarctica, New Zealand has been a stop-off point from the earliest explorers’ days to current U.S. missions. New Zealanders have also been involved in exploration and research for generations.

Sarah Williamson, chief executive of Antarctica New Zealand, which oversees the base, said it would be the most significant project it had ever embarked upon and would not only future-proof its home on the ice but also bring jobs to the Canterbury region, where the buildings would be pre-constructed.

Other new spending proposed in the budget includes a boost in benefits for welfare recipients that the government hopes will help lift as many as 33,000 children out of poverty. Prime Minister Jacinda Ardern said families in New Zealand had historically survived on meager incomes while on welfare. “What we’ve done today is about targeting a need and helping to provide just simply the basics,” Ardern said. “Food on the table. Enabling families to be able to pay a power bill.”

Is it time to switch to a new SEO tool?