Popular
Sonya Blaze: How She Got Her First $10,000...
Investment Property for Dummies
How Mental Health Is Important for Happiness
Best Blogging Gadgets for the Self-Hosted Blogger
How to Find a Good Mobile Home
Finance Services for Small Businesses – What Is...
What Are the Best Schools for Secondary Education?
How to Test Internet Speed on Different Devices
University of Madras Distance Education (UMDE) Reviews
Rare Beauty Blush Swatch – Which Ones Do...
Home Tech No, there is no evidence that the F.B.I. organized the Jan. 6 Capitol riot.
Tech 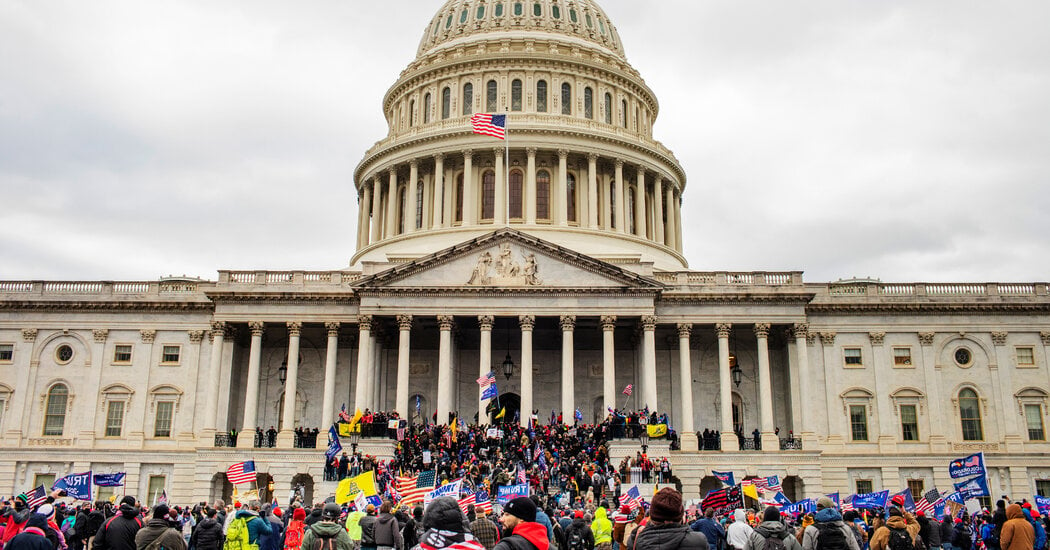 Influential conservative voices have spread an unfounded theory that the F.B.I. organized the Jan. 6 siege on the Capitol, relying on a misinterpretation of legal terminology. The Fox News host Tucker Carlson, citing the work of the right-wing website Revolver News, speculated about the government’s involvement on his show on Tuesday.

Clips of Mr. Carlson’s argument have circulated widely on social media this week, accumulating millions of views and getting shared by Republican members of Congress like Representative Matt Gaetz of Florida and Representative Marjorie Taylor Greene of Georgia. Strangely, some people who participated in the riot haven’t been charged,” Mr. Carlson said. “Look at the documents. The government calls these people ‘unindicted co-conspirators.’ What does that mean? It means that in potentially every case, they’re F.B.I. operatives.

The Justice Department did not respond to a request for comment. But legal experts said this speculation was illogical and far-fetched. Conspiracy is defined as an agreement between two or more people to commit a crime. An undercover federal agent or informant cannot be counted as a conspirator because those operatives do not actually intend to carry out the crime, the Congressional Research Service — the nonpartisan research agency for Congress — explains.

Jesse Norris, a criminal justice professor at the State University of New York at Fredonia who spent several years researching entrapment incidents in terrorism prosecutions, said he had never come across a case where an F.B.I. informant was referred to as an “unindicted co-conspirator.”

“Legally, it wouldn’t make sense to call informants co-conspirators,” he said. “If they were authorized by the F.B.I. to participate in the conspiracy, then they wouldn’t actually be conspirators because they didn’t have the intent to commit a crime. Instead, they were pretending to commit a crime on the government’s behalf to catch real criminals.”