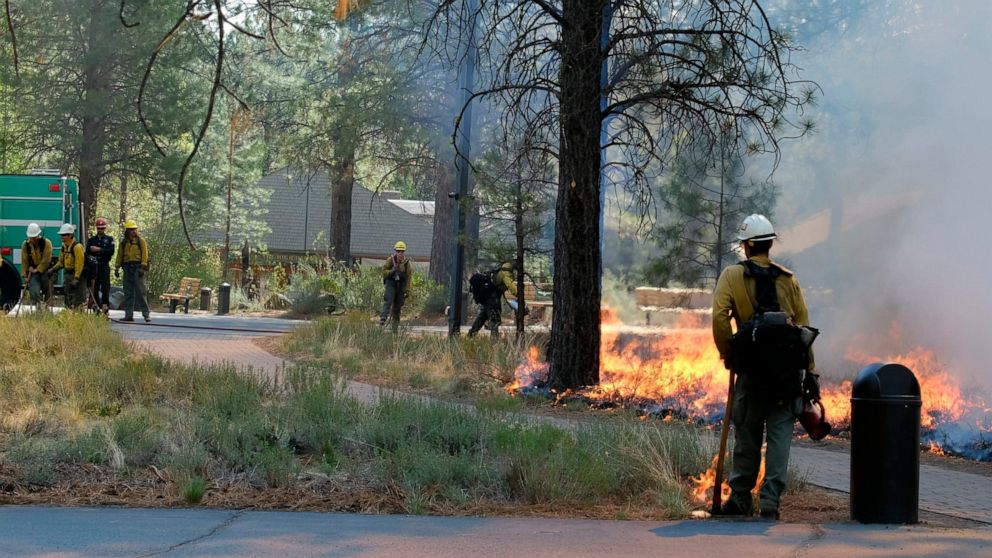 Contents Summary show
The firefighters weren’t there to extinguish the fire. They had started it.
The efforts face a convergence of bleak forces.

The firefighters weren’t there to extinguish the fire. They had started it.

The prescribed burn, ignited this month near the scenic mountain town of Bend, is part of a massive effort in wildlands across the U.S. West to prepare for a fire season that’s expected to be even worse than last year′s record-shattering one.

The U.S. Forest Service and the Bureau of Land Management have thinned by hand, machines, and prescribed burns about 1.8 million acres (728,000 hectares) of forest and brushland since last season, officials from the agencies told The Associated Press. They typically treat some 3 million (1.2 million hectares) acres every year.

All that activity, though, has barely scratched the surface. The federal government owns roughly 640 million acres (260 million hectares) in the U.S. All, but 4% of it lies in the West, including Alaska, with some of it unsuitable for prescribed burning.“All these steps are in the right direction, but the challenge is big and complex,” said John Bailey, professor of silviculture and fire management at Oregon State University. “And more needs to be done to even turn the corner.”

The efforts face a convergence of bleak forces.

Severe drought has turned forests and grasslands into dry fuels, ready to ignite from a careless camper or a lightning strike. More people are building in areas bordering wildlands, expanding the so-called wildland-urban interface, a place where wildfires impact people the most. Invasive, highly flammable vegetation is spreading uncontrolled across the West. “I’m seeing probably the worst combination of conditions in my lifetime,” said Derrick DeGroot, a county commissioner in southern Oregon’s Klamath County. “We have an enormous fuel load in the forests, and we are looking at a drought unlike we’ve seen probably in the last 115 years.”