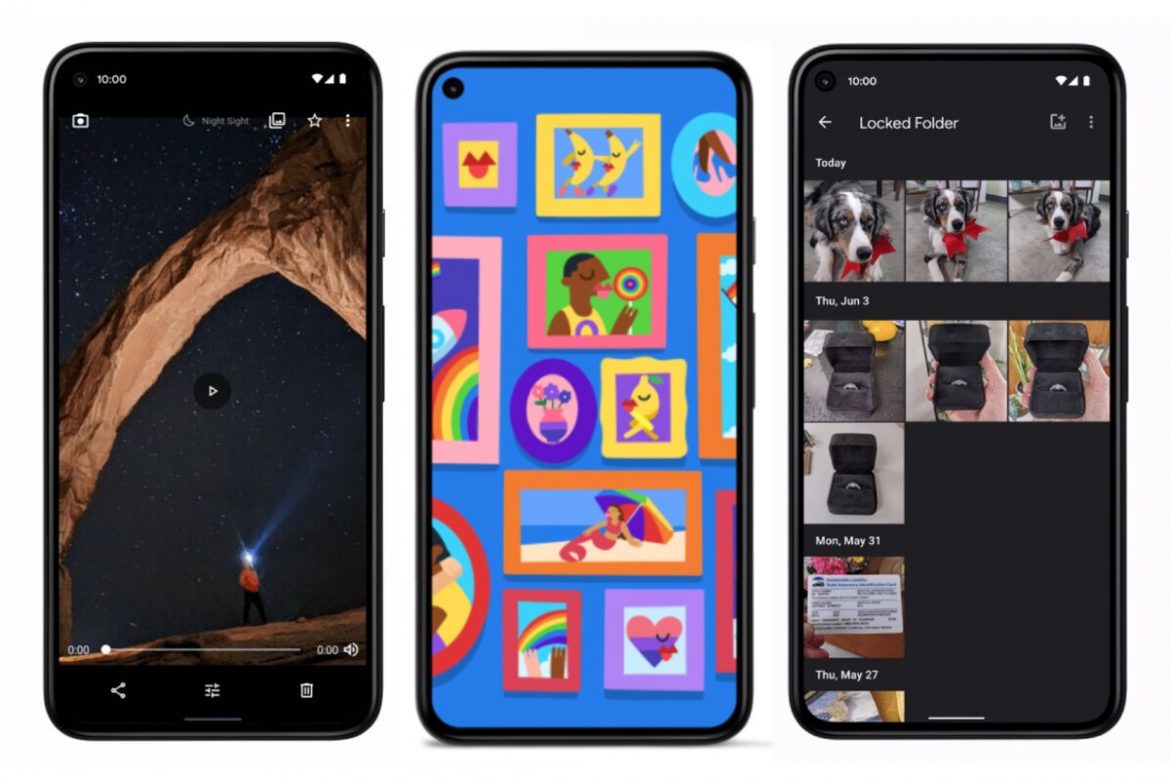 Pixel phones are now getting the June 2021 update, and it comes with a slew of fixes and changes. The June update brings astrophotography in Google Camera, a new locked folder in Google Photos, the ability to take or reject calls using Assistant, and intuitive copy and paste in Gboard. Car crash detection in the Personal Safety app is being made available in more countries, along with Call Screen and Recorder features. Additionally, Google has released new Pride-themed wallpapers, ringtones, and notification sounds to celebrate June Pride.

The latest June 2021 update brings a host of new features for Pixel phones. The most notable change is the addition of astrophotography in Night Sight to help take better photos of the night sky. This feature is available on Pixel 4 and newer phones only. Pixel users get three bold Pride-themed wallpapers created by London-based artist Ashton Attzs and new Pride-themed ringtones and notifications created by LGBTQ+ artists and YouTube creators to celebrate the June month of Pride.

Google previewed Locked Folder in Google Photos at its I/O 2021 keynote, and it is now rolling out to Pixel users. This new Locked Folder feature enables you to save specific photos in this folder for more privacy. “They’re saved on your device and won’t show up in shared albums, Memories, or any other apps on your device, and can only be accessed using your device passcode or fingerprint,” Google says.

The car crash detection feature in the Personal Safety app is being rolled out to users in Ireland, Singapore, and Spain. Earlier, it was available in Australia, the UK, and the US. The update also brings a new Heads Up feature inside Digital Wellbeing settings, enabling the Pixel phone to detect when you’re walking and periodically remind you to look up from your screen.

Google Assistant gets the ability to answer or reject a call with voice command. Users need to say, “Hey Google, answer the call” or “Hey Google, reject the call.” Gboard also gets more brilliant for Pixel users, offering copied text as suggestions to quickly paste them in apps like Messages and Google Maps.

Google also says that the Call Screen feature helps users avoid spam calls by answering unknown numbers to find out who’s calling and why it is now available in Japan. Recorder, the app that transcribes audio into the text to search, edit, and share recordings, will be available in more English dialects, including Singaporean, Australian, Irish, and British English. The tech giant says that Recorder expansion will roll out to all Pixel 3 or newer phones by the end of July.

Alongside new features, the June update includes several fixes and improvements across many areas, including performance, stability, battery, and more. Pixel 3 series, Pixel 4 series, and Pixel 5 users are getting a fix to an issue with specific wireless chargers. A general subject wherein motion photos could not be edited was also fixed. Pixel 4a 5G and Pixel 5 users are getting a fix for a video playback issue in a few third-party apps and an issue that caused notification sound fluctuation. 9to5Google also reports a new grouped notification count icon with the June Pixel Feature Drop.

The OTA update for Pixel phones will roll out in phases depending on carrier and device. Users will receive a notification once it becomes available. Alternatively, you can sideload it from the developer page as well.