Popular
Sonya Blaze: How She Got Her First $10,000...
Investment Property for Dummies
How Mental Health Is Important for Happiness
Best Blogging Gadgets for the Self-Hosted Blogger
How to Find a Good Mobile Home
Finance Services for Small Businesses – What Is...
What Are the Best Schools for Secondary Education?
How to Test Internet Speed on Different Devices
University of Madras Distance Education (UMDE) Reviews
Rare Beauty Blush Swatch – Which Ones Do...
Home Internet PM vows to rebuild Spanish island hit by volcanic eruption
Internet 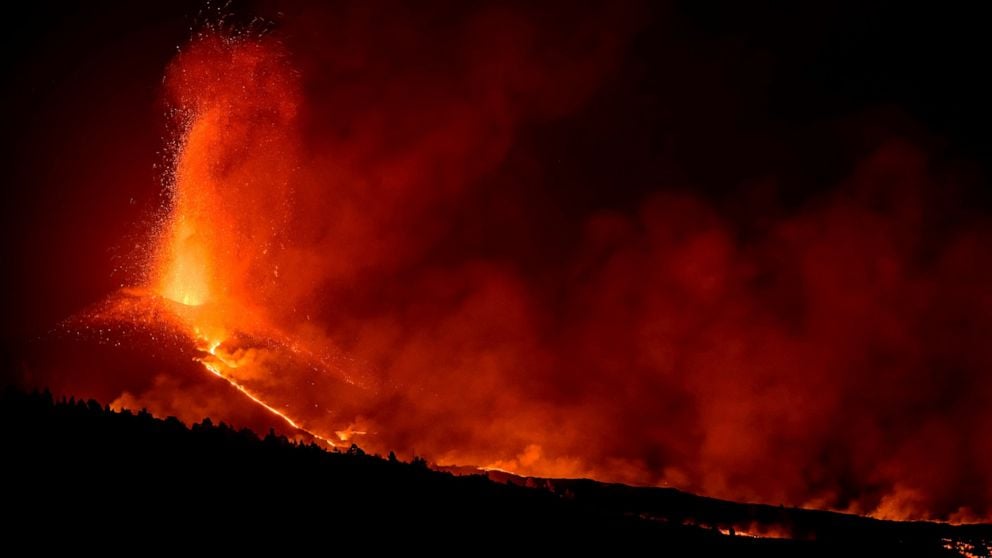 MADRID — Spain’s prime minister vowed Sunday to rebuild the island of La Palma, where a volcanic eruption has spewed molten lava and a thick cloud of pyroclastic ash for the past two weeks, destroying houses and banana crops. The outbreak is giving no indications it will end soon.

Lava flowing from vents in the Cumbre Vieja volcano range has destroyed over 900 buildings and displaced about 6,000 people so far, and new vents have opened just days ago. The island of 85,000 people lies in Spain’s Canary Islands archipelago in the Atlantic Ocean off the northwest coast of Africa.

Returning for the third time since the volcano eruption began on Sept. 19, Prime Minister Pedro Sánchez announced Sunday an aid package of 206 million euros ($238 million) for the affected islanders.

According to Sánchez, the money will rebuild crucial infrastructure for the island’s economy, mainly irrigation networks for the critical banana export industry and other agricultural crops and roads that serve the hiking trails and beaches that attract tourists. The funds also aim to create jobs and cut taxes for La Palma residents.

“We are facing a test of resistance because we don’t know when the volcano’s eruption will end,” Sánchez said in a televised press conference. “But citizens should know that when it does end, the government of Spain will be there to help with the enormous task of rebuilding La Palma and offer a horizon of prosperity.”

The government already approved a separate 10.5 million euro ($12.2 million) emergency fund last month to purchase housing and essential goods for those who have seen their houses buried by molten rock. Rivers of lava have meandered downhill for over 6 kilometers (nearly 4 miles). After reaching the island’s shore, they are now tumbling into the Atlantic Ocean, where a peninsula of more than 28 hectares (70 acres) grows and stretches into the sea. On Sunday, the Canary Islands’ volcanology institute, Involcan, said the explosive activity in the volcano’s vents had intensified. At the same time, several medium-range earthquakes were recorded by the country’s geographic institute, IGN. Despite the eruption’s spectacular images and property damage, no casualties have been reported, mainly due to speedy evacuations.