Popular
Sonya Blaze: How She Got Her First $10,000...
Investment Property for Dummies
How Mental Health Is Important for Happiness
Best Blogging Gadgets for the Self-Hosted Blogger
How to Find a Good Mobile Home
Finance Services for Small Businesses – What Is...
What Are the Best Schools for Secondary Education?
How to Test Internet Speed on Different Devices
University of Madras Distance Education (UMDE) Reviews
Rare Beauty Blush Swatch – Which Ones Do...
Home Internet Robotic police dogs: Useful hounds or dehumanizing machines?
Internet 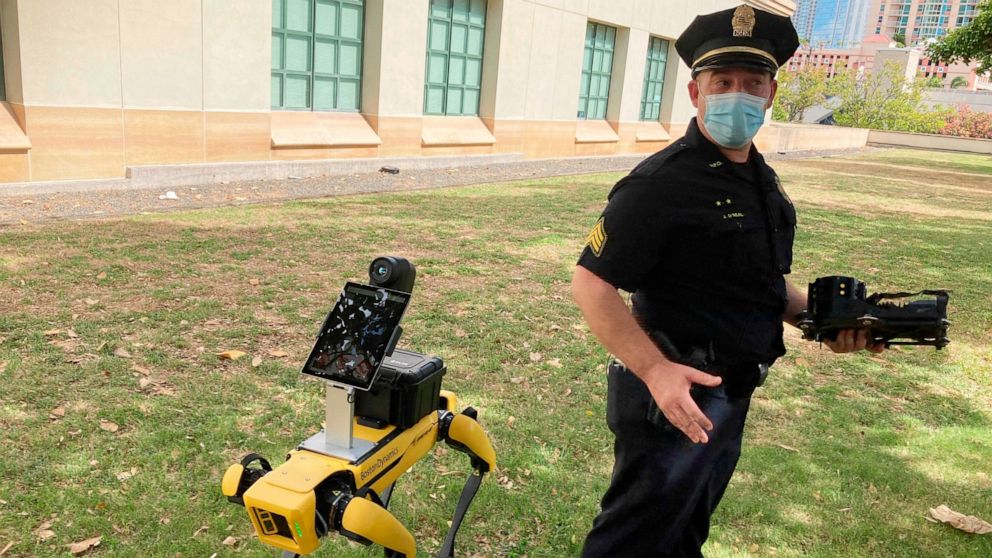 HONOLULU — If you’re homeless and looking for temporary shelter in Hawaii’s capital, expect a visit from a robotic police dog that will scan your eye to make sure you don’t have a fever. That’s just one of the ways public safety agencies are starting to use Spot, the best-known of a new commercial category of robots that trot around with animal-like agility.

The handful of police officials experimenting with the four-legged machines say they’re just another tool, like existing drones and simple wheeled robots, to keep emergency responders out of harm’s way as they scout for dangers. But privacy watchdogs — the humankind — warn that police are secretly rushing to buy the robots without setting safeguards against aggressive, invasive, or dehumanizing uses. In Honolulu, the police department spent about $150,000 in federal pandemic relief money to buy their Spot from robotics firm Boston Dynamics for use at a government-run tent city near the airport.

“Because these people are houseless, it’s considered OK to do that,” said Jongwook Kim, legal director at the American Civil Liberties Union of Hawaii. “At some point, it will come out again for some different use after the pandemic is over.”

Acting Lt. Joseph O’Neal of the Honolulu Police Department’s community outreach unit defended the robot’s use in a media demonstration earlier this year. He said it has protected officers, shelter staff, and residents by scanning body temperatures between meal times at a shelter where homeless people could quarantine and get tested for COVID-19. The robot is also used to remotely interview individuals who have tested positive. We have not had a single person out there that said, ‘That’s scary, that’s worrisome,’” O’Neal said. “We don’t just walk around and arbitrarily scan people.

What is a COVID-19 vaccine ‘breakthrough’ case?