Popular
Sonya Blaze: How She Got Her First $10,000...
Investment Property for Dummies
How Mental Health Is Important for Happiness
Best Blogging Gadgets for the Self-Hosted Blogger
How to Find a Good Mobile Home
Finance Services for Small Businesses – What Is...
What Are the Best Schools for Secondary Education?
How to Test Internet Speed on Different Devices
University of Madras Distance Education (UMDE) Reviews
Rare Beauty Blush Swatch – Which Ones Do...
Home Internet Rural Wireless Broadband Internet – How Does It Work And How Can I Get It?
Internet

Rural Wireless Broadband Internet – How Does It Work And How Can I Get It? 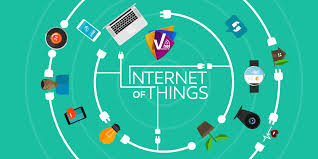 What is wireless, and how does it work? Wireless can be described as the transfer of information between two or more physically not connected points. Distances can be as short as a few meters in television remote control or long, ranging from thousands to millions of kilometers for deep-space radio communications.

Probably the best example of wireless technology is the cell phone. The world’s first wireless telephone conversation happened in 1880 when Alexander Graham Bell and Charles Sumner Tainter invented and patented the photophone, which conducted audio discussions wirelessly over controlled light beams (electromagnetic waves). Then in 1915, American Telephone and Telegraph thought about creating a wireless phone. Still, they were afraid that this great technology would undermine its monopoly on wired services in the United States.

They were right. Over 85 years later, this extraordinary little unwired device has revolutionized the telephone industry and put wired phone carriers out of business by offering free long distance, free nights and weekends, free sing up offers and the convenience of having a mobile phone virtually anywhere on the go. Standard everyday wireless devices include garage door openers, cordless phones, two-way radios, satellite television, satellite Internet, GPS, and Wi-Fi.

As the personal computer became popular in the early 1970s, the idea of a portable personal computer came about. In 1981 Adam Osborne produced the first personal portable computer (now called laptop), Osborne 1. It weighed 24 lbs, had a 5-inch screen, and cost $1795 ($4,552 today). The demand for the laptop skyrocketed. Consumers desired portability. When the Internet boom hit in the 1990s, connecting to the Internet with a portable laptop without a wire came about.

Unlike the rigid-lined personal desktop Internet connection, this would be wireless and require a faster connection. In 1999 the word Wi-Fi and its yin-yang style logo were created by the Wi-Fi Alliance as a catchier term for IEEE 802.11. Today over 700 million people use Wi-Fi worldwide, and there are over 4 million hotspots (places with Wi-Fi Internet connectivity). How does it work? If you’ve been in an airport, coffee shop, library, or hotel recently, chances are you’ve been right in the middle of a wireless network. A wireless network uses radio waves, just like cell phones, televisions, and radios do. In fact, communication across a wireless network is a lot like two-way radio communication.

How to Decorate Your New Home Before You Move