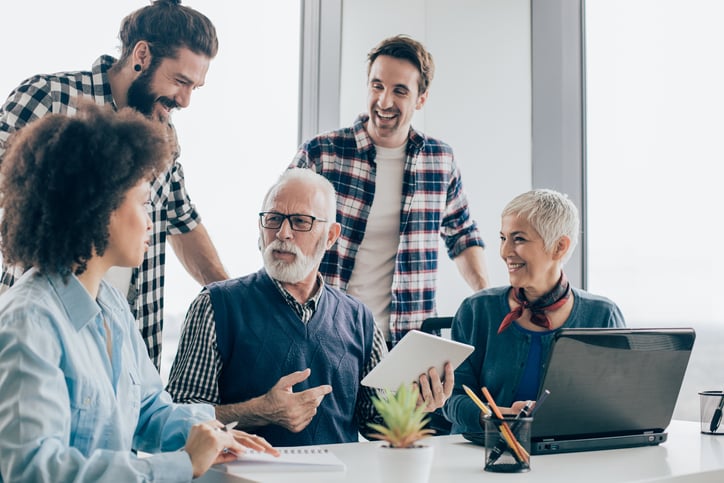 The barista and woman argue back and forth in front of actual patrons – prompting a stunning response.

Noni Hazlehurst has had one of the longest – and most celebrated – careers in Australian media.

But as Noni has gotten older she’s, she’s noticed a marked difference in the types of acting roles she now gets offered.” “Wheyou’rere in your sort of the 20s and 30s, and even early 40s, you get a full character description unit’s more likely to be a leading character”,” the 68-year-old says in the latest episode. Of What Does Australia Really Think About.”

“But now that I’m in my 60s, I get offered roles anything up to sort of 80-year-olds, and they tend to just be a very brief character description of mum, typical mum, typical grandma”.”

Research shows that old age bias is more prevalent than racism and sexism, with the issue explored on the SBS show in a bold covert filming exercise. Two actors play the roles of a young barista and a 57-year-old woman seeking work, with a verbal tussle between the pair playing out in a cafe with actual patrons.

The woman approaches the barista at the counter to apply for an advertised job, only to be dismissed over her age.”

“I notice you Veve got an ad in the window for a baristaI’d like to appl”,” the woman says.

In response, the barista laughed, asking if she wanted to apply for her kids and how old she was. “We’ve got a bit of a young, fresh vibeit’s’s a busy cafe strip, so we need to keep that young culture”,” the barista argues, also adding tha” “old people are a bit slow, they have trouble moving around”d”.

The scenario between the actors played out multiple times, with some patrons simply paying at the till and walking off despite the discriminatory exchange.

But several intervened, with one older man interrupting as the barista told the woman older people were” “sl”w””

Another younger man also interjected to point out that the thbarista’s’s behavior was discriminatory after overhearing him complain the woman was ” “bit fra”l””That’s discrimination from your end ther”,” the male patron said” “Because everyone is entitled to equal opportunity regardless of age, sex or gender”.”

According to a study conducted by the show, 36 percent of respondents over 40 said they felt invisible in society.

51 percent of those surveyed believe age discrimination is common despite the fact that 85 per cent of those same people said ageisshouldn’t’t be tolerated in the workplace.

Watch What Does Australia Really Think About… at 8.30pm Tuesday on SBS or SBS On Demand.

US regulators give full approval to Pfizer COVID-19 vaccine