Popular
Sonya Blaze: How She Got Her First $10,000...
Investment Property for Dummies
How Mental Health Is Important for Happiness
Best Blogging Gadgets for the Self-Hosted Blogger
How to Find a Good Mobile Home
Finance Services for Small Businesses – What Is...
What Are the Best Schools for Secondary Education?
How to Test Internet Speed on Different Devices
University of Madras Distance Education (UMDE) Reviews
Rare Beauty Blush Swatch – Which Ones Do...
Home — Internet News Smart Glasses Made Google Look Dumb. Now Facebook Is Giving Them a Try.
— Internet News

Smart Glasses Made Google Look Dumb. Now Facebook Is Giving Them a Try. 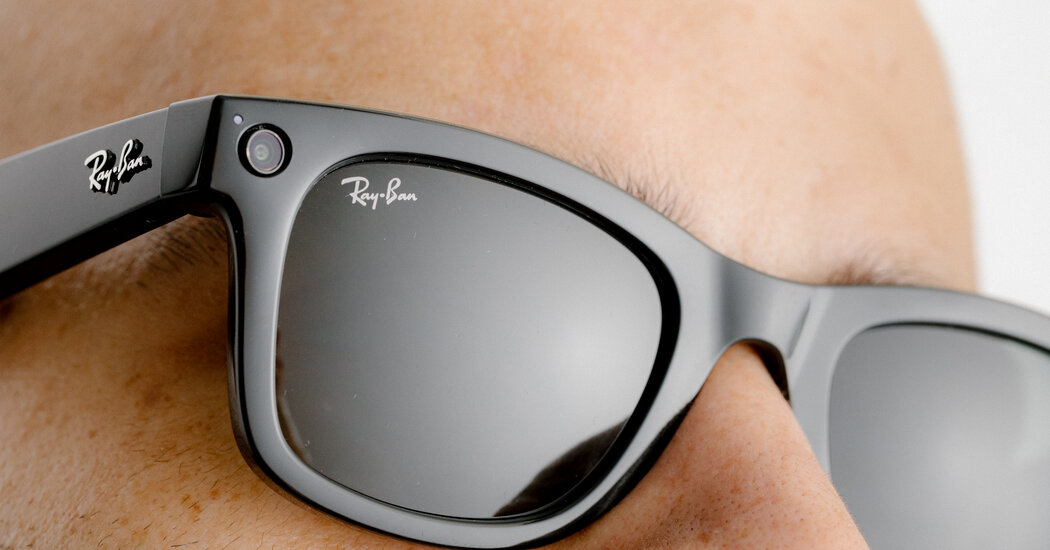 SAN FRANCISCO — Last Saturday, after a three-mile hike through the Presidio, I stood in a throng of tourists looking at the Golden Gate Bridge. As the crowd snapped photos of the landmark, I decided to join in.

But instead of reaching into my pocket for my iPhone, I tapped the side of my Ray-Ban sunglasses until I heard the click of a shutter. Later, I downloaded the photos that my sunglasses had just taken to my phone.

The process was instant, simple, unobtrusive — and it was powered by Facebook, which has teamed up with Ray-Ban. Their new line of eyewear, called Wayfarer Stories and unveiled on Thursday, can take photos, record video, answer phone calls, and play music and podcasts.

It all made me feel that I was being dragged into some inevitable future dreamed up by people much more techie than me, one in which the seams between the natural world and the technology that supports it had all but vanished.

For years, Silicon Valley has chased a vision similar to that of a William Gibson novel, where sensors and cameras are woven into billions of people’s everyday lives and clothes. Yet, the tech companies that have pursued these ideas have often failed to achieve them, as people have shunned wearable computers — especially on their faces.

Remember Google Glass, the smart glasses that the Google co-founder Sergey Brin introduced while jumping out of an airplane? That project foundered, with bars in San Francisco at one point barring Glass-wearers — also pejoratively known as “Glassholes” — from entry. Later came Snap’s Spectacles, smart glasses that focused more on fashion and the novelty of recording 10-second video clips. That product, too, never really broke through.

Now Facebook aims to usher in an era when people grow more comfortable sharing their lives digitally, beginning with what is in front of their faces.

“We asked ourselves, how do we build a product that helps people actually be in the moment they’re in?” Andrew Bosworth, head of Facebook Reality Labs, said in an interview. “Isn’t that better than having to take out your phone and hold it in front of your face every time you want to capture a moment?”

Mr. Bosworth rejected claims that Facebook was picking up where others had left off. “This product has not been tried before because we’ve never had a design like this before,” he said, adding that Facebook and Ray-Ban were focused more on the fashion of eyewear than the tech inside the frames.

“Eyewear is a particular category that changes the way you look,” said Rocco Basilico, chief wearables officer at Luxottica, which owns Ray-Ban and wants to expand into the wearables market. “We started this product from the design, and we refused to compromise on that design.”

Let’s be honest for a second. The Wayfarer glasses start at $299 and come in more than 20 styles, face hurdles apart from Silicon Valley’s stop-start history with smart glasses. Facebook has long been under scrutiny for how it treats people’s personal data. Using the mirrors to surreptitiously film people is bound to cause concerns, not to mention what Facebook might do with the videos that people collect. I asked if Facebook’s brand baggage was why its name wasn’t in the title of the glasses. The company said that wasn’t the case.