Popular
Sonya Blaze: How She Got Her First $10,000...
Investment Property for Dummies
How Mental Health Is Important for Happiness
Best Blogging Gadgets for the Self-Hosted Blogger
How to Find a Good Mobile Home
Finance Services for Small Businesses – What Is...
What Are the Best Schools for Secondary Education?
How to Test Internet Speed on Different Devices
University of Madras Distance Education (UMDE) Reviews
Rare Beauty Blush Swatch – Which Ones Do...
Home — Sports Soccer Samples Streetwear and Likes the Fit
— Sports 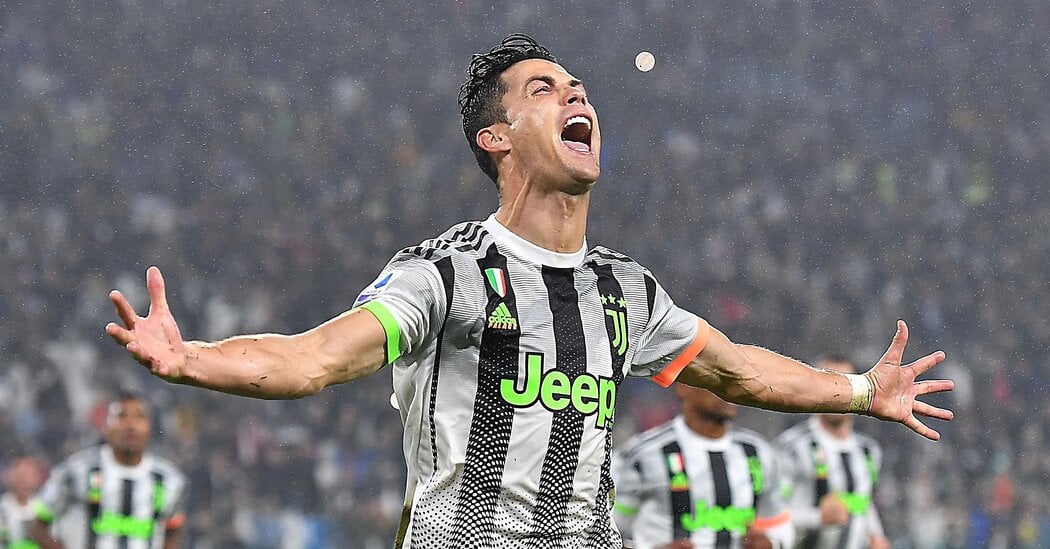 The lights at the Allianz Stadium cut out, and the music swelled. In the darkness, a small patch in the middle of the field seemed to glow. The center circle started to pulse and ripple. And then the grass itself appeared to get pulled away as if it were nothing more than a tablecloth. Three words ran around the electronic advertising boards: “History. Passion. Lols.”

The extravagant buildup did not seem to match the occasion. Juventus was at home to Genoa that night, a run-of-the-mill Serie A-game. It was late October 2019, much too early in the season for the title to be decided or a trophy to be won. However, what mattered was not what Juventus was playing for but what the team was playing in.

That night, Cristiano Ronaldo and his teammates would showcase a special edition jersey, designed in collaboration with its apparel partner, Adidas, and Palace, the maverick British skate and streetwear brand.

The design toyed with the History and passion of Juventus, incorporating the team’s traditional bianconero stripes and the disruptive touches that had made Palace a streetwear phenomenon. The team’s logos and the player’s numbers were displayed in an acidic green. Toward the bottom, the stripes started to pixelate.

The jersey was greeted as a masterpiece, but Juventus would never wear it again. By the time Ronaldo and his teammates took to the field against Torino a few days later, they were back in their regular uniforms. It did not matter. Later that week, the Palace jersey came online — or, as the streetwear world would put it, dropped.

A couple of years earlier, Juventus had held a lavish reception at the Museum of Science and Technology in Milan. The guest list included players past and present and pop-culture fixtures like Giorgio Moroder, the pioneering music producer, and the model and actress Emily Ratajkowski.

The party was arranged to herald the dawn of a new era for the club. Its team was in the middle of an unmatched period of success on the field, establishing a run of dominance in Serie A. However, it risked being left behind by its Continental rivals. To remain competitive, it needed to close the revenue gap on clubs like Barcelona, Real Madrid, and Manchester United, its chairman, Andrea Agnelli, said. To do that, he was convinced, Juventus had to become “more pop.”

He is not the only executive in European soccer to have that thought. In 2018, fans lined up around the block outside the Parc des Princes to get their hands on the first drop of a collaboration between Paris St.-Germain and Jordan Brand, a subsidiary of Nike’s primary apparel partner. Earlier this year, Arsenal unveiled a partnership with 424, a streetwear brand based in Los Angeles.

As with the audience for Juventus’s collection with Palace, the core market for these collaborations is not the club’s fans. It is not even, necessarily, fans of the sport. The collections are not intended to be worn as soccer products or as declarations of loyalty to a team; the tie-ins are not, as they are often presented, attempts by Europe’s insatiable superclubs to sell more tickets or pick up more fans.

“A lot of the people buying those P.S.G. Jordan shirts will not care about the team’s league position,” said Jordan Wise, a founder of Gaffer magazine and the creative agency False 9. “Many of them may not even like football.” That is precisely their value to clubs: an entirely untapped market, not subject to the vicissitudes and tribalism that affect soccer fans.

“Working with streetwear brands gives the clubs access to a completely different space,” Wise said. “But to do that, they have to think and look different: less like clubs, and more like sportswear brands.”