Popular
Sonya Blaze: How She Got Her First $10,000...
Investment Property for Dummies
How Mental Health Is Important for Happiness
Best Blogging Gadgets for the Self-Hosted Blogger
How to Find a Good Mobile Home
Finance Services for Small Businesses – What Is...
What Are the Best Schools for Secondary Education?
How to Test Internet Speed on Different Devices
University of Madras Distance Education (UMDE) Reviews
Rare Beauty Blush Swatch – Which Ones Do...
Home — Education Teachers Union President Says She Supports Vaccine Mandates
— Education 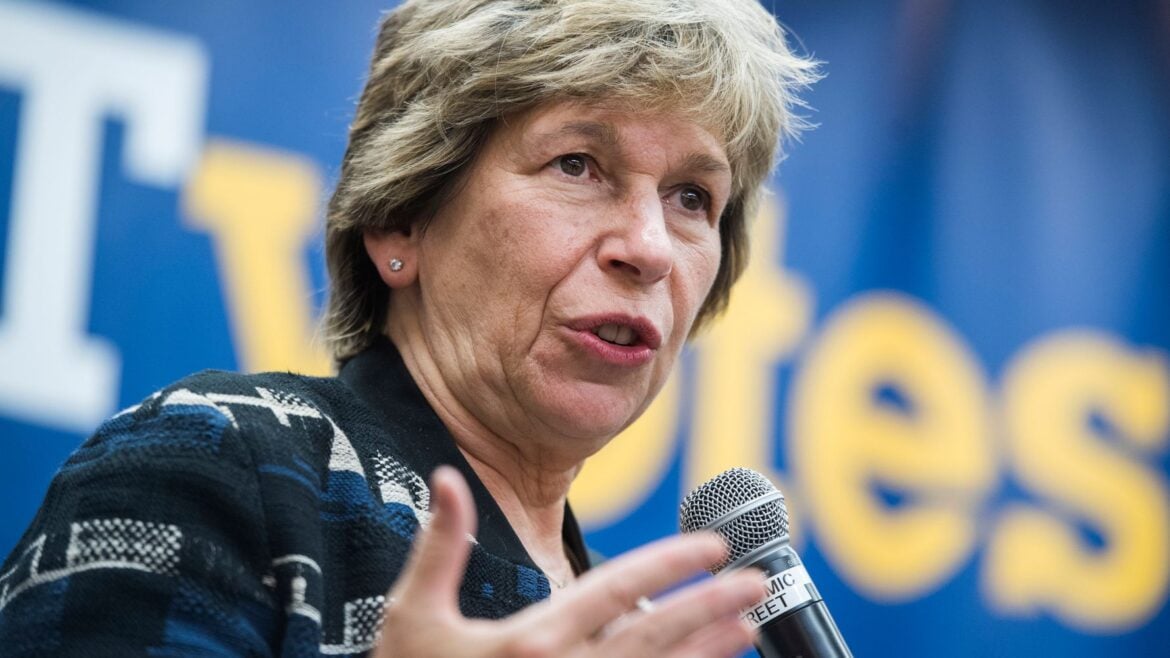 The president of a leading U.S. teachers union came out to support vaccine mandates for teachers on Sunday.

“As a matter of personal conscience, we need to be working with employers on vaccine mandates,” Randi Weingarten, head of the American Federation of Teachers, told Chuck Todd on NBC’s “Meet the Press.”

AFTER THE NATIONAL EDUCATION ASSOCIATION, the AFT represents 1.7 million members across the country and is the second-largest teachers union. Support from the union’s leadership could make it easier to implement requirements that teachers be vaccinated if they teach in person.

The announcement caps an evolution on the mandate issue for Weingarten. Consistent with her union’s official position, Weingarten had previously said vaccines were the most effective way to deal with the virus and that all teachers should be urged to get them, but they should not be required to. But Weingarten said Sunday that she and the leadership within her union had decided to “revisit and reconsider” that policy. She had signaled a growing openness on mandates in recent days as some labor unions came under fire for opposing them.

The delta variant of COVID-19 had altered the dynamic, Weingarten explained Sunday.

“The circumstances have changed,” she said. “It weighs really heavily on me that kids under 12 can’t get vaccinated.”

NEW: President of the American Federation of Teachers @rweingarten calls for vaccine mandates for teachers.

“As a matter of personal conscience we need to be working with employers on vaccine mandates.”

Teachers, on the whole, have embraced the COVID-19 vaccines authorized for emergency use at a higher rate than the general population. According to the White House, almost 90% of educators and school staff are vaccinated. Meanwhile, around 71% of U.S. adults have received at least one dose of the vaccine.

However, some 11% of teachers said they do not plan to get vaccinated, according to a recent EdWeek Research Center survey.  Until now, teachers’ unions have generally said carrots were better than sticks when it comes to reaching those holdouts. They said teachers should be nudged to get vaccines but should be allowed to undergo regular testing for the virus instead if they prefer.

But rising caseloads around the country now threaten to derail in-person classes this fall, leading school districts to consider implementing mandates. The federal government and some states have already moved to institute such requirements, with President Joe Biden announcing late last month that vaccines would be mandatory for federal employees who wanted to continue working.

The idea of vaccine mandates has put some unions in a tricky spot. Like the general population, many of their members do not want the shots despite the dangers unvaccinated workers bring to a workplace. A few unions have come out directly against mandates. Others have said they want to negotiate with employers on how a mandate will be implemented and enforced since unions typically bargain over health and safety matters.

My hope vs. myalgic encephalomyelitis, a chronic neuroimmuno illness