Popular
Sonya Blaze: How She Got Her First $10,000...
Investment Property for Dummies
How Mental Health Is Important for Happiness
Best Blogging Gadgets for the Self-Hosted Blogger
How to Find a Good Mobile Home
Finance Services for Small Businesses – What Is...
What Are the Best Schools for Secondary Education?
How to Test Internet Speed on Different Devices
University of Madras Distance Education (UMDE) Reviews
Rare Beauty Blush Swatch – Which Ones Do...
Home Internet Teams check destruction from Northern California forest fire
Internet 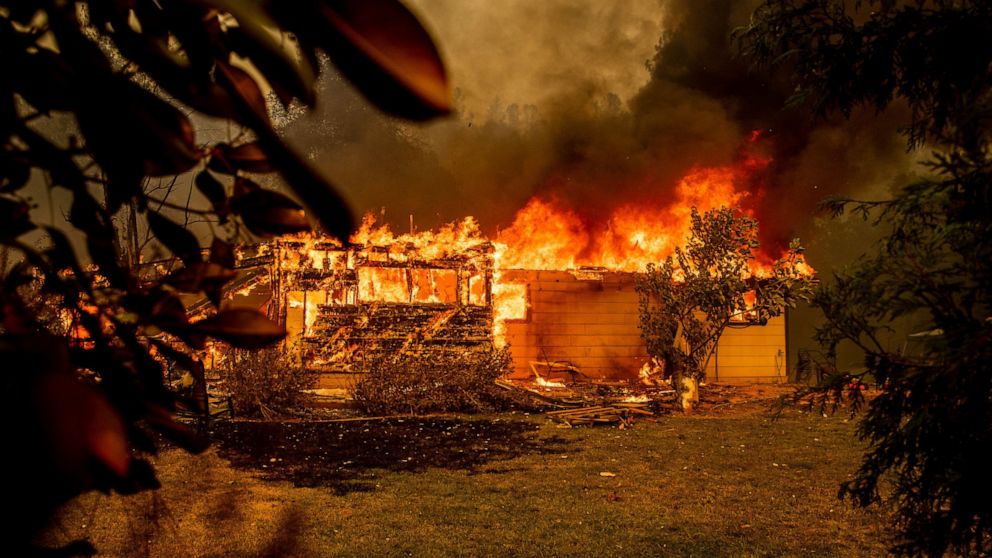 REDDING, Calif. — Damage assessment teams went out Saturday to determine how many buildings have burned in a forest fire that has displaced thousands of residents in Northern California. Firefighters working in steep, drought-stricken terrain hope calmer weather over the next few days will help as they battle the Fawn Fire north of the city of Redding.

A fire update said winds were easing and temperatures were dropping, with rain expected to start Monday.

Initial assessments found that at least 100 homes and other structures had burned, officials said. But that number was likely to change as teams go street by street surveying the destruction in the Mountain Gate area.

Authorities have arrested a 30-year-old woman on suspicion of starting the blaze that erupted Wednesday and grew explosively in hot and gusty weather in the region about 200 miles (322 kilometers) northeast of San Francisco.

Bridgett said that the Palo Alto woman is also being investigated to see if she’s started other fires in Shasta County and throughout the state. It wasn’t immediately known if she had an attorney who could speak on her behalf.

According to the California Department of Forestry and Fire Protection, the Fawn Fire has charred nearly 12 square miles (31 square kilometers) of heavy timber and was 10% contained.

Nearly 2,000 residents were under mandatory evacuation orders, and an additional 7,400 were warned to be ready to leave if necessary, the California Highway Patrol said.

It’s the latest destructive blaze to send Californians fleeing this year. Fires have burned more than 3,600 square miles (9,324 square kilometers) so far in 2021, destroying more than 3,200 homes, commercial properties, and other structures.

Those fires include a pair of enormous forest blazes that have been burning for more than two weeks in the heart of giant sequoia country on the western slope of the Sierra Nevada. By Saturday, more than 1,700 firefighters battled the KNP Complex Fires, which covered nearly 66 square miles (171 square kilometers).

A historic drought in the American West tied to climate change is making wildfires harder to fight. It has killed millions of trees in California alone. Scientists say climate change has made the West much warmer and drier in the past 30 years and will continue to make weather more extreme and wildfires more frequent and destructive.