Popular
Sonya Blaze: How She Got Her First $10,000...
Investment Property for Dummies
How Mental Health Is Important for Happiness
Best Blogging Gadgets for the Self-Hosted Blogger
How to Find a Good Mobile Home
Finance Services for Small Businesses – What Is...
What Are the Best Schools for Secondary Education?
How to Test Internet Speed on Different Devices
University of Madras Distance Education (UMDE) Reviews
Rare Beauty Blush Swatch – Which Ones Do...
Home — Education Texas School Official Suggests Teaching Both Holocaust Books And ‘Opposing’ Views: Report
— Education 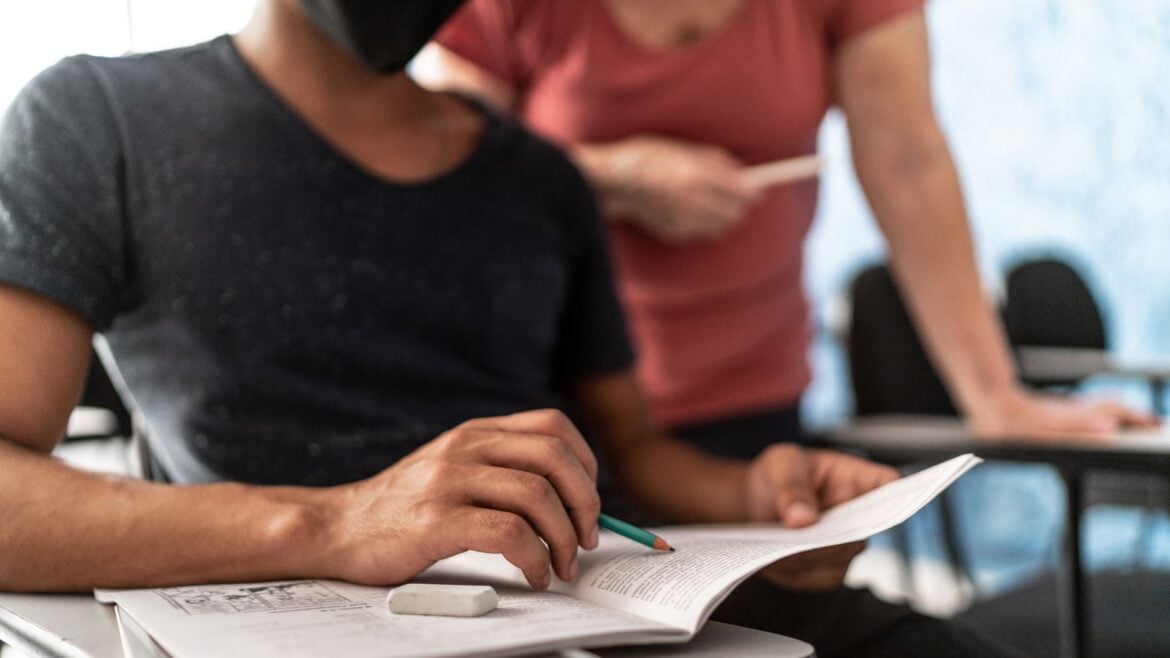 A school administrator in Texas told teachers that, to comply with new state law, if they teach a book about the Holocaust, they should also include a book that has “opposing” or “other perspectives,” reported NBC News. In a recording of a meeting last Friday, which a Carroll Independent School District teacher provided to NBC News, Gina Peddy, the district’s executive director of curriculum and instruction, is heard training teachers on how to comply with a new Texas law that broadly seeks to block teachers from talking about white supremacy, racism, and privilege in classrooms. “We are in the middle of a political mess,” Peddy says in the recording, later adding: “No one knows how to navigate these waters.”

“Make sure that if you have a book on the Holocaust, that you have one that has opposing, that has other perspectives,” Peddy says, as shocked outbursts and murmurs are heard around the room.

Contents Summary show
“What?” one teacher says. “How do you oppose the Holocaust?” asks another.
“Our district has not and will not mandate books be removed,” she added.

“What?” one teacher says. “How do you oppose the Holocaust?” asks another.

The school district did not immediately respond to HuffPost’s request for comment, including clarifying what constitutes an “opposing” perspective on the Holocaust, other than Holocaust denial.

District spokesperson Karen Fitzgerald told NBC News that “Texas teachers are in a precarious position with the latest legal requirements” and that the district’s “purpose is to support our teachers in ensuring they have all of the professional development, resources and materials needed.”

“Our district has not and will not mandate books be removed,” she added.

The recent Texas law the administrator is reacting to, House Bill 3979, requires that teachers who discuss “widely debated and currently controversial issues” in the classroom explore these from “diverse and contending perspectives without deference to any one perspective.”

The Holocaust — namely, Nazi Germany’s murder of 6 million Jews — is not a “widely debated” or “currently controversial” issue. The Texas law also makes no mention of which books teachers should have students read.

Texas is just one of several states — including Tennessee, Iowa, Idaho, and Oklahoma — to enact laws this year seeking to limit how teachers discuss systemic racism in public schools, often under the guise of banning “critical race theory” from classrooms. Republican lawmakers are pushing similar bills in nearly two dozen states.

While the laws passed don’t explicitly mention critical race theory — a college-level academic discipline focused on how racism is embedded in the country’s legal, political and social institutions — they are all written with similar language meant to stifle instruction about racism, privilege, and white supremacy.

Texas’ law, notably, also instructs social studies teachers in public K-12 schools not to talk in class about the concepts that “an individual should be discriminated against or receive adverse treatment solely or partly because of the individual’s race” or that “an individual should feel discomfort, guilt, anguish, or any other form of psychological distress” based on their race or sex. In June, teachers who spoke to HuffPost condemned the laws in Texas and other states as attempts to “whitewash” history that also led to confusion about what they can and can’t teach.