Popular
Sonya Blaze: How She Got Her First $10,000...
Investment Property for Dummies
How Mental Health Is Important for Happiness
Best Blogging Gadgets for the Self-Hosted Blogger
How to Find a Good Mobile Home
Finance Services for Small Businesses – What Is...
What Are the Best Schools for Secondary Education?
How to Test Internet Speed on Different Devices
University of Madras Distance Education (UMDE) Reviews
Rare Beauty Blush Swatch – Which Ones Do...
Home Tech That Spotty Wi-Fi? There’s $100 Billion to Fix It.
Tech 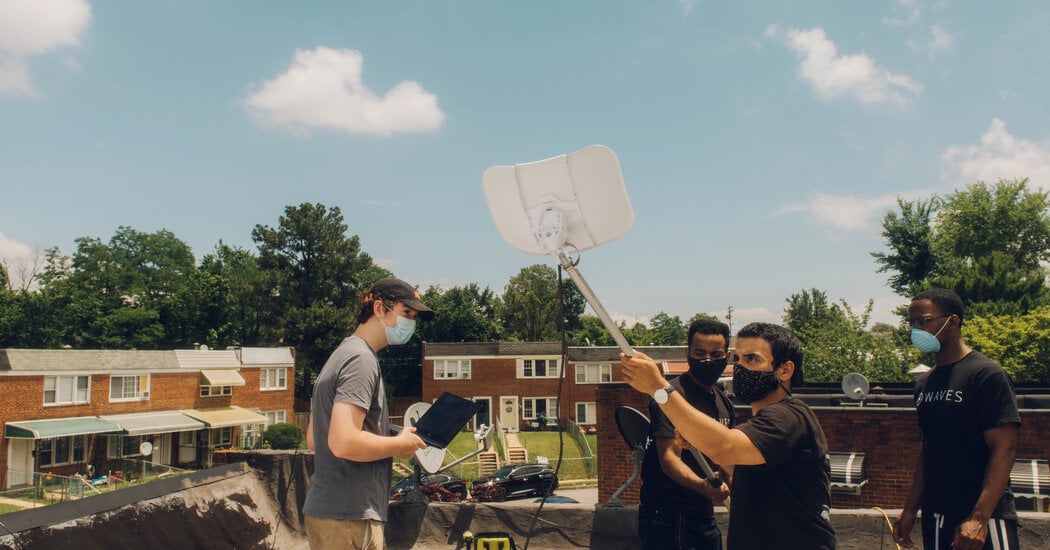 WASHINGTON — Kimberly Vasquez, a high school senior in Baltimore, faced a challenging problem when the pandemic began. She had no fast internet service in her home, but all her classes were online. Marigold Lewi, a sophomore at the same school, was regularly booted off Zoom classes because of her slow home connection.

Ms. Lewi spent a lot of time explaining Zoom absences to teachers. Ms. Vasquez sat outside local libraries to use their internet access and at times used her phone. The two helped push a successful public campaign for better and free service to low-income families in the city.

“It was very chaotic,” Ms. Vasquez said. “We had to do this because no one else was going to change things.”

A year after the pandemic turned the nation’s digital divide into an education emergency, President Biden, inheriting the problem, is making affordable broadband a top priority, comparing it to the effort to spread electricity across the country. His $2 trillion infrastructure plan, announced on Wednesday, includes $100 billion to extend fast internet access to every home. The money is meant to improve the economy by enabling all Americans to work, get medical care and take classes from wherever they live. Although the government has spent billions on the digital divide in the past, the efforts have failed to close it partly because people in different areas have different problems. Affordability is the main culprit in urban and suburban areas. In many rural areas, internet service isn’t available at all because of the high costs of installation.

“We’ll make sure every single American has access to high-quality, affordable, high-speed internet,” Mr. Biden said in a speech on Wednesday. “And when I say affordable, I mean it. Americans pay too much for the internet. We will drive down the price for families who have service now. We will make it easier for families who don’t have affordable services to get it now. Longtime advocates of universal broadband say the plan, which requires congressional approval, may finally come close to fixing the digital divide, a stubborn problem first identified and named by regulators during the Clinton administration. The plight of unconnected students during the pandemic added urgency.

Groups urge pressure on Mexico to save tiny vaquita porpoise