Popular
Sonya Blaze: How She Got Her First $10,000...
Investment Property for Dummies
How Mental Health Is Important for Happiness
Best Blogging Gadgets for the Self-Hosted Blogger
How to Find a Good Mobile Home
Finance Services for Small Businesses – What Is...
What Are the Best Schools for Secondary Education?
How to Test Internet Speed on Different Devices
University of Madras Distance Education (UMDE) Reviews
Rare Beauty Blush Swatch – Which Ones Do...
Home Internet The Latest: $1.7 billion pledged for Indigenous communities
Internet 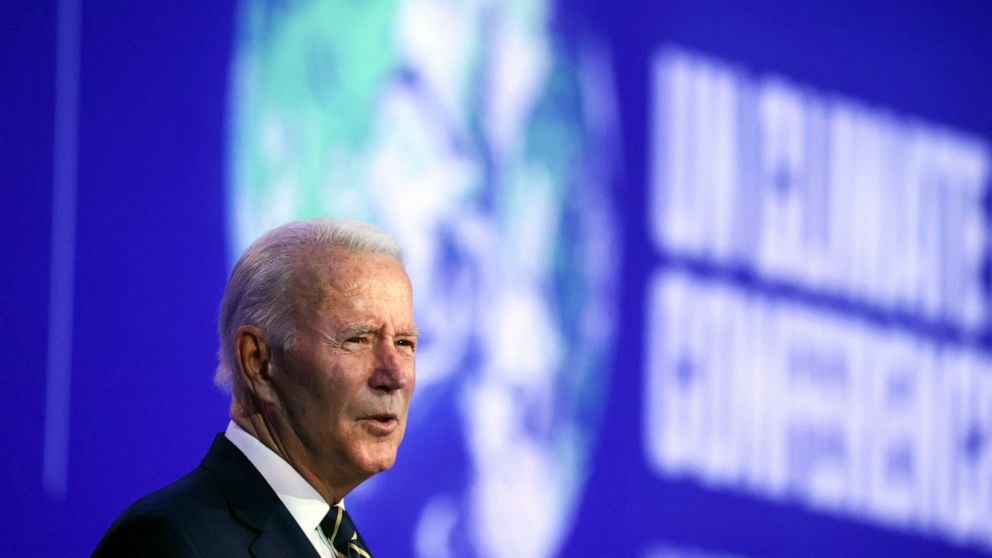 The Latest on U.N. climate summit COP26 in Glasgow, Scotland:

GLASGOW, Scotland — A coalition of governments and private funders announced plans at COP26 Monday to invest $1.7 billion to aid Indigenous communities and protect biodiverse tropical forests in the next four years.

Governments from the United States, United Kingdom, Norway, Germany, the Netherlands, and 17 other private funders said the money will support “activities to secure, strengthen and protect Indigenous Peoples’ and local communities’ land and resource rights,” and provide other kinds of aid, including for group activities.

“We call on other donors to significantly increase their support to this important agenda,” the donors said in a statement. It did not specify which communities would get the funding.

A spokesperson for The Ford Foundation, one of the founders, told The Associated Press the governments are providing approximately $1 billion, while the rest will come from the philanthropies. In addition to the Ford Foundation, funders include Amazon founder Jeff Bezos’ Bezos Earth Fund and former New York City Mayor Mike Bloomberg’s Bloomberg Philanthropies.

GLASGOW, Scotland — Queen Elizabeth II has welcomed world leaders to the U.N. climate summit in a pre-recorded video message, saying “the time for words has now moved to the time for action.”

The 95-year-old monarch had been expected to attend the Glasgow summit, but she had to cancel the trip after doctors said she should rest and not travel. The queen recently underwent medical checks and spent the night at a London hospital — her first hospital stay in years.

In the video message, played Monday during a welcoming reception for presidents and prime ministers, the queen said she hoped that the conference would be “one of those rare occasions where everyone will have the chance to rise above the politics of the moment and achieve true statesmanship.”

“History has shown that when nations come together in common cause, there is always room for hope,” she said in the video, which was recorded on Friday at Windsor Castle.

In a tribute to her late husband, Prince Philip, the queen said she was happy to welcome the delegates because the environment was a subject close to Philip’s heart. In a rare public display of emotion, she said she “could not be more proud” that Philip’s environmental work lives on through the creation of their eldest son, Prince Charles, and his son Prince William. GLASGOW, Scotland — Environmental activists expressed

anger Monday at what they consider the slow pace of action to curb climate change. Youth campaigners from several countries marched on the opposite bank of the River Clyde from where the U.N. climate summit was being held, holding banners with slogans such as “We are watching you.” Swedish activist Greta Thunberg accused world leaders and government officials inside the conference of “pretending to take our future seriously.”

Change is not going to come from inside,” she said, adding: “No more blah blah blah. No, whatever the (expletive) they’re doing inside there. Earlier Monday, Kenyan climate activist Elizabeth Wathuti made an impassioned appeal to world leaders to “open your hearts” to those already feeling the effects of global warming, saying that drought in her home country means many are going without food. As I sit comfortably here in this conference center in Glasgow, over 2 million of my fellow Kenyans are facing climate-related starvation,” she said.

Time to rethink daily doses of aspirin if you don’t have heart disease, experts say