Popular
Sonya Blaze: How She Got Her First $10,000...
Investment Property for Dummies
How Mental Health Is Important for Happiness
Best Blogging Gadgets for the Self-Hosted Blogger
How to Find a Good Mobile Home
Finance Services for Small Businesses – What Is...
What Are the Best Schools for Secondary Education?
How to Test Internet Speed on Different Devices
University of Madras Distance Education (UMDE) Reviews
Rare Beauty Blush Swatch – Which Ones Do...
Home — Internet News The True Cost of Upgrading Your Phone
— Internet News 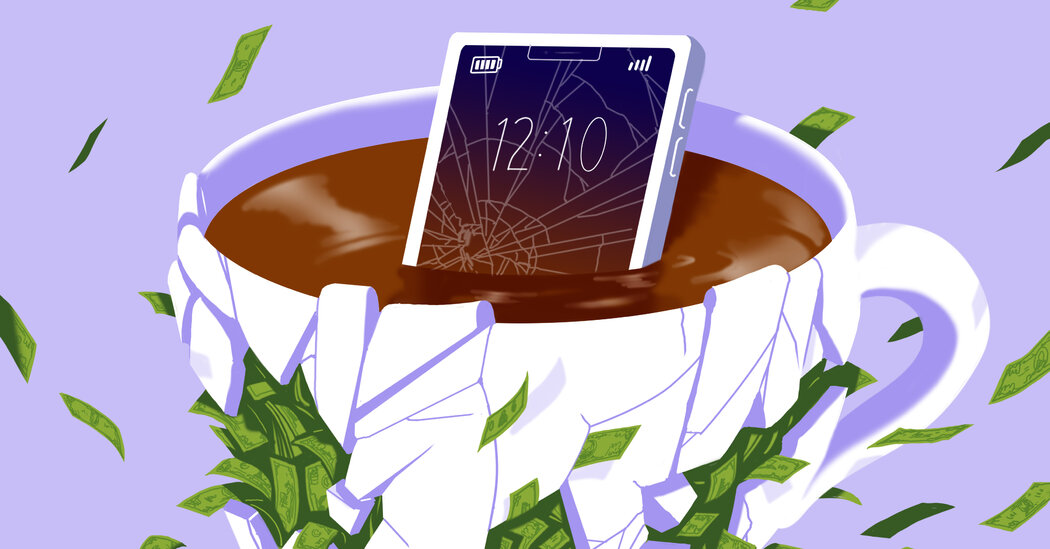 Let’s talk about buying an iPhone for $1,000. Tim Cook, Apple’s chief executive, once compared this eye-popping price tag to purchase a cup of coffee a day over a year. No big deal, right?

But financial advisers see this differently. By some estimates, an investment of $1,000 in a retirement account today would balloon to about $17,000 in 30 years. In other words, $700 to $1,000 — the price range of modern smartphones — is a big purchase. According to the Pew Research Center, fewer than half of American adults have enough savings set aside to cover three months of emergency expenses. Yet one in five people surveyed by the financial website WalletHub thought a new phone was worth going into debt for.

Tech companies reasonably argue that our smartphones are our most powerful tools for work and play, thus worth every penny. But they also play numbers games to downplay the costs of a new phone. Samsung, for example, has said the price of its new Galaxy phone is $200 — but that’s only if you trade in a year-old phone for credit toward the new one. The correct price is $800. So it’s worth looking at phone upgrades in a different light to weigh their financial impact. That can help us make well-considered decisions so that the move isn’t automatic.

The irony of Mr. Cook’s coffee analogy isn’t lost on Suze Orman, the financial adviser who once famously equated people’s coffee habits to “peeing $1 million down the drain.” She said that the seemingly small amount of money that people mindlessly spend on java — and now phone upgrades — could be a path to poverty.

“Do you need a new one every single year?” asked Ms. Orman, who hosts the “Women and Money” podcast. “Absolutely not. It’s just a ridiculous waste of money.”

Apple and Samsung didn’t immediately respond to requests for comment.

So what’s the actual cost of a phone upgrade? Let’s look at the math.

Flipsy, a company that buys and sells used phones, published an analysis this year arguing that it’s wise to buy a new iPhone every year. Here is its breakdown:

Framed this way, it may sound like a bargain to get a new phone every year as opposed to every few years. But plugging these numbers into a financial calculator tells a different story.

If you put $12 a month into a retirement account, like a Roth I.R.A. with an average annual rate of return of 10 percent, that amount would turn into $25,161 over 30 years, according to Ms. Orman’s savings calculator.

Ms. Orman compared the trade-in dilemma to buying cars. Car manufacturers could argue that the diminishing trade-in value of your vehicle should compel you to buy a new one regularly — but don’t fall for it.

“I love my car, and I don’t care that the value goes down,” she said. “Think of the 11 years I have saved money not having car payments or trading it in and spending more money to get another car.”

So what about those cups of coffee? On average, we pay $3 a cup, so $1,000 could buy roughly 333 cups. But naturally, making your own coffee is much cheaper.

I plugged some numbers into a coffee calculator designed by Bone Fide Wealth, a financial planning service. A $16 bag of beans from Peet’s Coffee at Costco could brew about 41 cups of coffee for 39 cents each. So a $1,000 iPhone is worth about 2,500 cups of coffee. Not as compelling.

Doug Boneparth, the president of Bone Fide Wealth, made a counterpoint. For people who have plenty of cash and are aware of the impacts of their spending, splurging on new phones could be inconsequential to their overall savings goals compared with more significant expenses like housing — and if phones make them happy, go for it. He said he sets aside cash every year to buy a new iPhone as a sort of hobby.