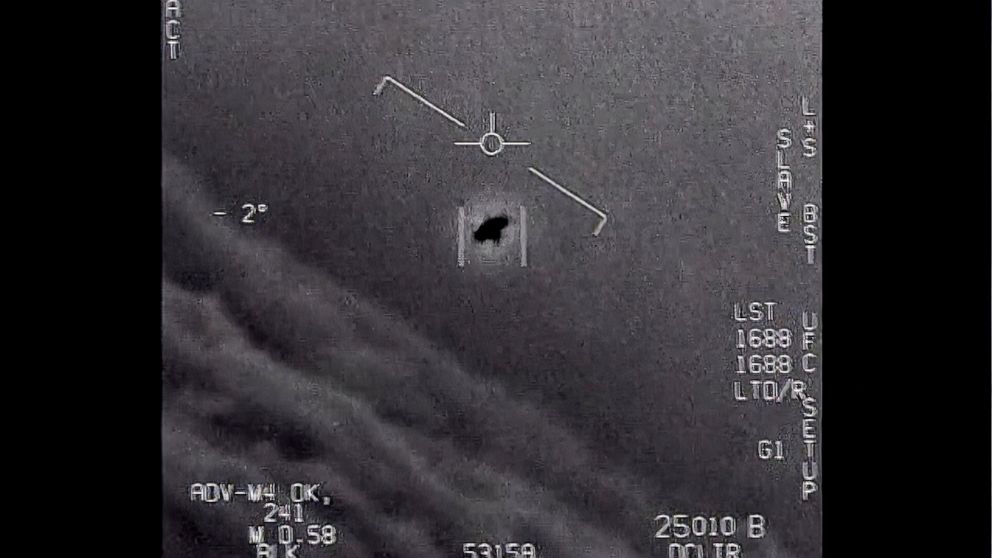 WASHINGTON — The blob, captured on distant, fuzzy video by Navy pilots, seems to skitter just above the ocean waves at incredible speed, with no discernible means of propulsion or lift. “Oh my gosh, man,” one aviator says to another as they laugh at the oddity. “What … is it?”

Is it a bird? A plane? Super drone? An extraterrestrial something?

The U.S. government has been taking a hard look at unidentified flying objects like this one. A report summarizing what the U.S. knows about “unidentified aerial phenomena” — better known as UFOs — is expected to be made public this month.

There won’t be an alien unmasking. Two officials briefed on the report said it found no extraterrestrial link to the sightings reported and captured on video. According to the officials, the information won’t rule out a link to another country, who spoke on condition of anonymity because they weren’t authorized to discuss it.

While the broad conclusions have now been reported, the full report may still present a more comprehensive picture of what the government knows. The information’s anticipation shows how a topic usually confined to science fiction and a small, often dismissed group of researchers has hit the mainstream.

Worried about national security threats from adversaries, lawmakers ordered an investigation and public accounting of phenomena that the government has been loath to talk about for generations.

“There is stuff flying in our airspace,” Republican Sen. Marco Rubio of Florida, one of the senators who pressed for the probe, recently told Fox News. “We don’t know what it is. We need to find out.”

Last year, Congress instructed the director of national intelligence to provide “a detailed analysis of unidentified aerial phenomena data” from multiple agencies and report in 180 days. That time is about up. The intelligence office wouldn’t say this past week when the entire document would be out.

The bill passed by Congress asks the intelligence director for “any incidents or patterns that indicate a potential adversary may have achieved breakthrough aerospace capabilities that could put United States strategic or conventional forces at risk.” The chief concern is whether hostile countries are fielding aerial technology so advanced and weird that it befuddles and threatens the world’s most significant military power. But when lawmakers talk about it, they tend to leave themselves a little wiggle room if it’s something else — whether more prosaic than a military rival or, you know, more cosmic.