Popular
Sonya Blaze: How She Got Her First $10,000...
Investment Property for Dummies
How Mental Health Is Important for Happiness
Best Blogging Gadgets for the Self-Hosted Blogger
How to Find a Good Mobile Home
Finance Services for Small Businesses – What Is...
What Are the Best Schools for Secondary Education?
How to Test Internet Speed on Different Devices
University of Madras Distance Education (UMDE) Reviews
Rare Beauty Blush Swatch – Which Ones Do...
Home — Travel n Tour U.K. Drops Last 7 Countries From England’s Covid ‘Red List’
— Travel n Tour 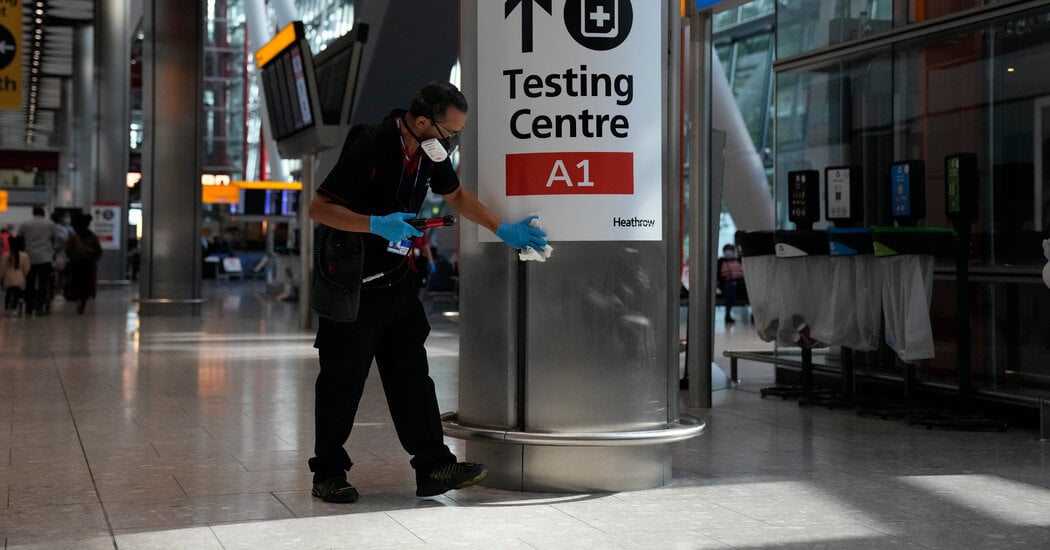 England will cease on Monday to require any travelers to quarantine in government-designated hotels by removing the last seven countries from its “red list” for coronavirus risk.

On Thursday, the change ends restrictions on passengers arriving from Colombia, the Dominican Republic, Ecuador, Haiti, Panama, Peru, and Venezuela.

“Whether it’s reuniting family members or making it easier for businesses to trade, the success of the vaccine rollout both at home and abroad has allowed us to reach this milestone,” Grant Shapps, Britain’s transportation secretary, said in a statement.

So far, 65 percent of people in Britain have received a single dose of the coronavirus vaccine. In comparison, 68 percent have been fully vaccinated, according to figures collated by Our World in Data.

But it comes at a time of concern over the state of the pandemic within Britain. Reported cases have undergone a long surge, initially driven by infections among children — Britain moved relatively slowly to vaccinate children ages 12 to 15 — but since spreading into older age groups.

In Wales, Mark Drakeford, the first minister, has warned that restrictions could be reinstated in the coming weeks to ensure a “normal” Christmas holiday. According to the BBC, new measures, which could see coronavirus passes extended to theaters, cinemas, and concert halls, might also be introduced.

England’s travel easing also comes with space for a reversal. The government said it would continue to review whether countries should be added to the red list every three weeks.

Sajid Javid, Britain’s health secretary, said that the government would continue to reserve several rooms in hotels “on standby” if quarantine requirements were reinstated.