Popular
Sonya Blaze: How She Got Her First $10,000...
Investment Property for Dummies
How Mental Health Is Important for Happiness
Best Blogging Gadgets for the Self-Hosted Blogger
How to Find a Good Mobile Home
Finance Services for Small Businesses – What Is...
What Are the Best Schools for Secondary Education?
How to Test Internet Speed on Different Devices
University of Madras Distance Education (UMDE) Reviews
Rare Beauty Blush Swatch – Which Ones Do...
Home Internet UK to offer under-40s alternative to AstraZeneca shot
Internet 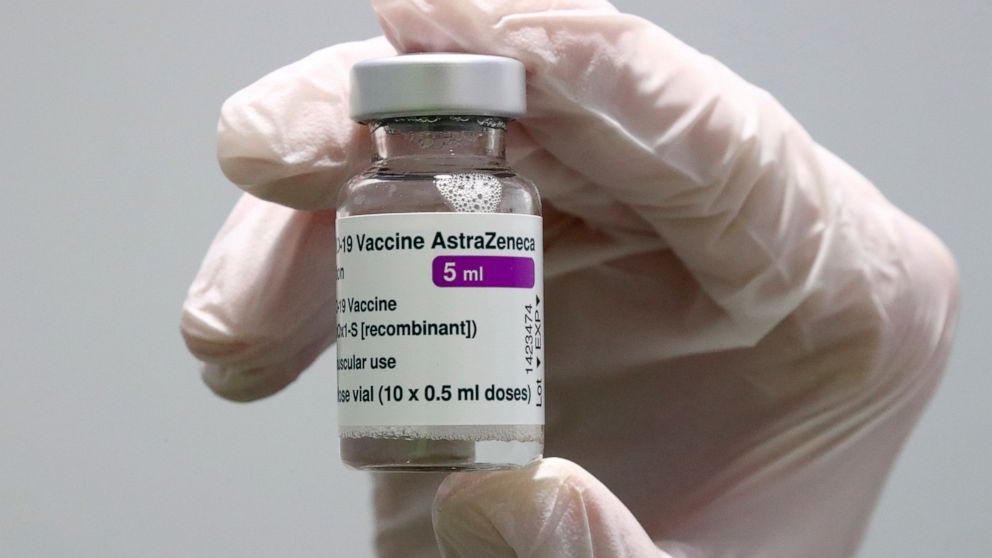 LONDON — People under 40 in Britain will not be given the Oxford-AstraZeneca coronavirus vaccine if another shot is available because of a link to extremely rare blood clots, the government said Friday. It said the change would not affect the goal of giving all U.K. adults at least one vaccine dose by July.

The Joint Committee on Vaccination and Immunization said people aged 30 to 39 without underlying health conditions should receive an alternative vaccine “were available and only if this does not cause substantial delays in being vaccinated.” Last month it gave the same advice for people under 30.

”Any vaccine offered early is preferable to a vaccine provided too late,” said Wei Shen Lim, who chairs the JCVI, an expert body that advises the government. England’s deputy chief medical officer, Jonathan Van-Tam, said the government expects to follow the new advice and still meet its target of giving everyone over 18 a vaccine jab by July 31.

“We have to maintain the pace and scale of the U.K. vaccination program,” Van-Tam said, adding that the AstraZeneca vaccine is safe and effective, and “thousands are alive today” because they received it.

Britain has recorded more than 127,500 coronavirus deaths, the highest toll in Europe. But recent infections and deaths have plummeted thanks to extensive lockdowns and a rapid vaccination program. Two-thirds of U.K. adults have received at least a vaccine jab, and almost a third have had both doses.

A majority have had the AstraZeneca shot, though Britain also uses vaccines made by Moderna and Pfizer-BioNTech.

Several countries in Europe have chosen only to use the AstraZeneca vaccine on older people because of evidence there is a link to a type of very rare blood clot, accompanied by low blood platelet count. British health officials say the risk from COVID-19 far exceeds any danger from the AstraZeneca vaccine for most people. Still, the calculation is “more finely balanced” for younger groups, who tend not to suffer severe illness from coronavirus infections. Up to April 28, Britain’s medicines regulator had received 242 reports of blood clots accompanied by low platelet count in people who had received the AstraZeneca vaccine, out of 28.5 million doses given. There were 49 deaths.